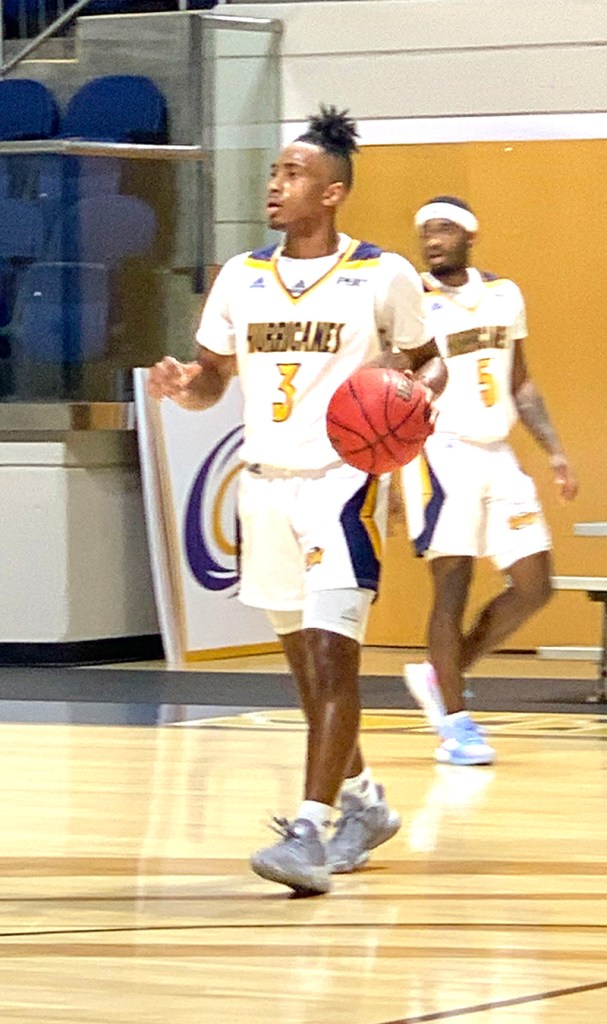 GSW junior guard Soloman Thomas was one of four Hurricanes to score in double-figures in their 77-51 victory over Francis Marion University. Thomas scored 14 points in that game. ATR Archive

With the win, the Hurricanes improve their overall record to 8-6 and are now 3-5 in the PBC.

GSW was able to maintain their double-digit lead for the remainder of the first half and went into the locker room with a 37-23 lead.

The Hurricanes went on an 18-2 run during the first seven and a half minutes of the second half and built a 55-25 lead. That run effectively sealed the game for GSW, as the Patriots would not be able to make any sort of a serious comeback. GSW outrebounded the Patriots 43-34 and created 11 steals to FMU’s seven.

Up next for GSW is a trip up to the North Georgia Mountains on Wednesday, January 22, to take on PBC opponent Young Harris College. Tip off is scheduled for 7:30 p.m.