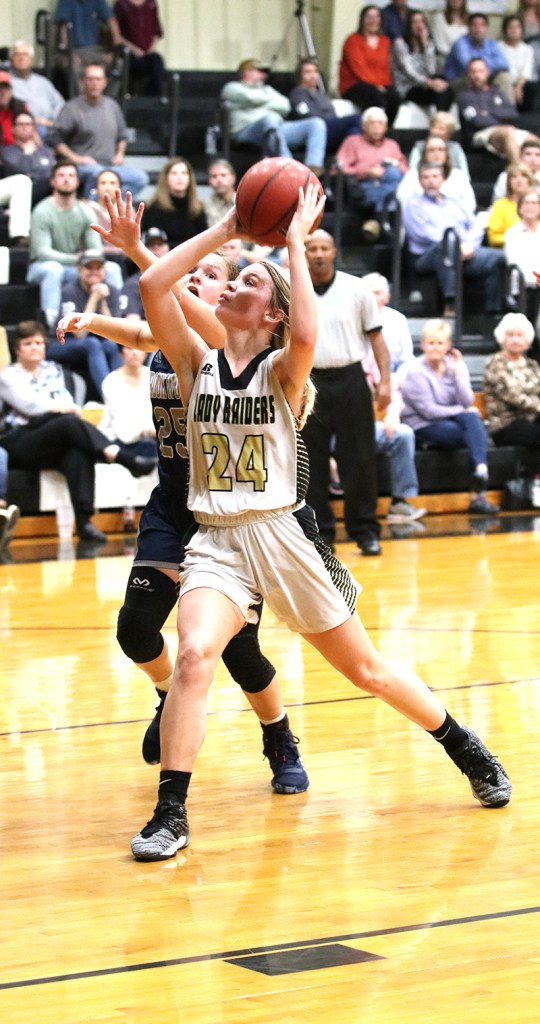 Southland Academy junior guard Maddie Crisp led the Lady Raiders in scoring with 12 points in the win over Brookwood. Photo by Sherry Bass

AMERICUS – The Southland Academy Lady Raider basket all team (SA) closed out the 2019-2020 regular season on a positive note by beating Brookwood 39-23 on Tuesday, February 4, at Southland Academy.

With the win, the Lady Raiders finish the regular season with an overall record of 16-5 and are tied with the Lady Warriors for second place in the Region 3-AAA standings at 5-3. 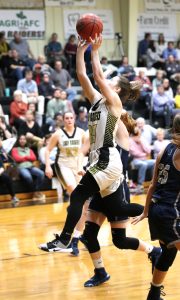 Maddie Crisp led SA in scoring with 12 points, grabbed seven rebounds and tallied seven steals. Holly McCain posted a double-double with 11 points and 15 rebounds. Riley Mitchell also had a solid game for the Lady Raiders. Mitchell had seven points on the night and also tallied three steals. Morgan Weaver scored five points and Reese Roland chipped in four to round out the Lady Raiders’ scoring.

The Lady Raiders will now turn their attention to the Region 3-AAA Tournament to be played at the Storm Dome on the campus of Georgia Southwestern State University this coming week. They will play Brookwood in the first round of the tournament on Thursday, February 13, at 4 p.m.