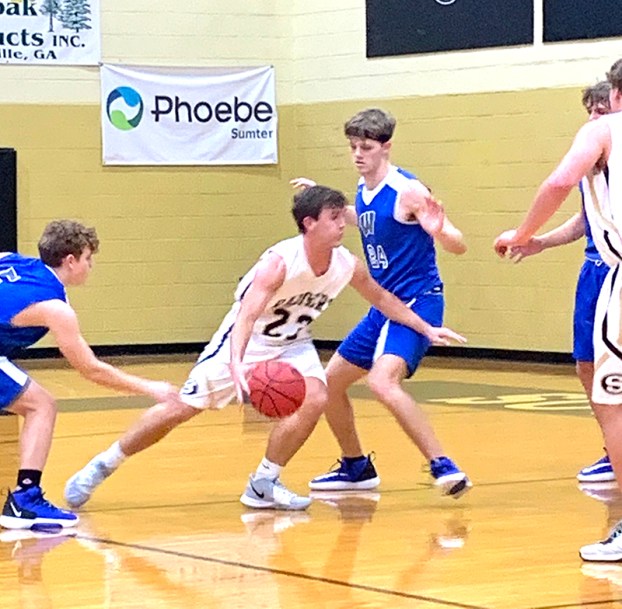 “It was well deserved for those four seniors to go out with a win,” SA head coach Rundy Foster said. “They have meant a lot to our program and have led us well this year.”

Owen Exley led SA in scoring with 15 points and Max Foster had 14. Smith turned in a memorable Senior Night, as he poured in 10 points in the victory. Nathan Duke also had a strong performance for the Raiders, as he pulled down 10 rebounds.

According to Coach Foster, it was a total team effort. “Everybody played tonight. It was truly a team effort,” Foster said. “I was pleased with the outcome of our regular season.” Coach Foster went on to say that his club must duplicate the same kind of effort that they put forth during the regular season in the upcoming post season.

The Raiders (15-4, 6-2) finished the regular season as the #2 seed in Region 3-AAA and will face the #3 seed Deerfield-Windsor on Thursday, February 13, in the Region 3-AAA Tournament at the GSW Storm Dome.