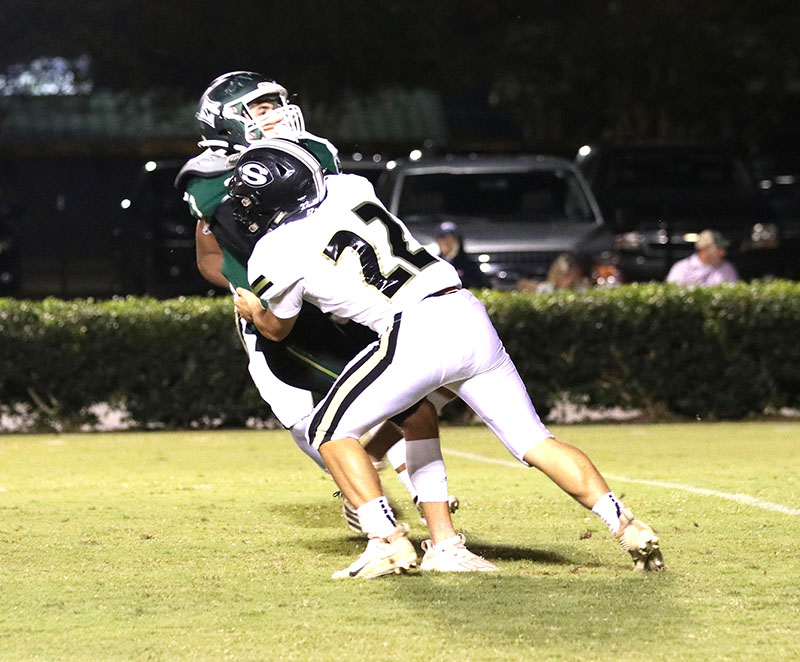 Southland Academy junior defensive back Landon Griffin makes a tackle in the Raiders’ game at Westfield. Photo by Sherri Bass

PERRY – The Southland Academy Raider football team (SAR) travelled up to Perry on Friday, October 2, in search of its first win of the season against Westfield (WS). However, in spite of SAR running back Owen Exley’s two rushing touchdowns and the Raider defense forcing three turnovers on fumbles, the Hornets were still able to come out on top 21-14 and hand SAR its fourth straight loss.

With the loss, the Raiders drop to 0-4 on the season.

“Our kids played their hearts out.  We made some solid adjustments during the game.  Westfield is very well coached and very solid in every aspect of the game,” said SAR Head Coach Rod Murray. “We are not hanging our heads because we feel like we gave it our best shot.  We will continue to work and improve each day.  Just like life, football isn’t easy. It has to be earned consistently with hard work and great energy.”

Things started out well for the Raiders early in the game. With 2:40 to go in the first quarter, SAR completed an eight-play, 80-yard drive with the first of Exley’s two touchdowns. The extra point by Caleb Law was good and SAR enjoyed a 7-0 lead.

However, the Hornets responded with a rushing touchdown with three minutes to go before halftime. Their extra point attempt was good and the score was tied 7-7 at the half. 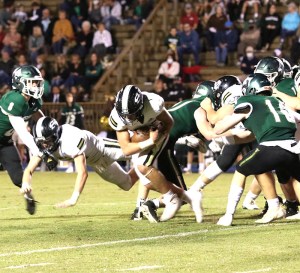 The Hornets took the lead on a rushing touchdown with seven minutes to go in the third quarter, but almost two minutes later, Exley scored the second of his two touchdowns for the Raiders. Law’s extra point attempt was good and the game was tied at 14-14.

However, WS responded in kind. With 11 minutes to go in the game, the Hornets were able to move the ball down into SAR territory and score another rushing touchdown. The extra point try was good and the Hornets went on to defeat SAR 21-14.

SAR quarterback Nathan Duke completed two of 11 passes for 25 yards and threw one interception. The Raiders, who are primarily a run-first team, gained most of their yards on the ground. Exley led the SAR rushing attack with 12 carries for 67 yards and two rushing touchdowns. The leading receiver for the Raiders was James Griffin, who caught one pass for 36 yards. 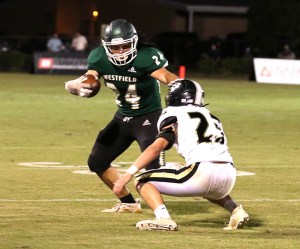 On the defensive side of the ball, the Raiders were able to force the Hornets into committing three turnovers on fumbles. Colman Fort led the Raiders with 17 tackles and Griffin tallied 15 tackles on the night for SAR.