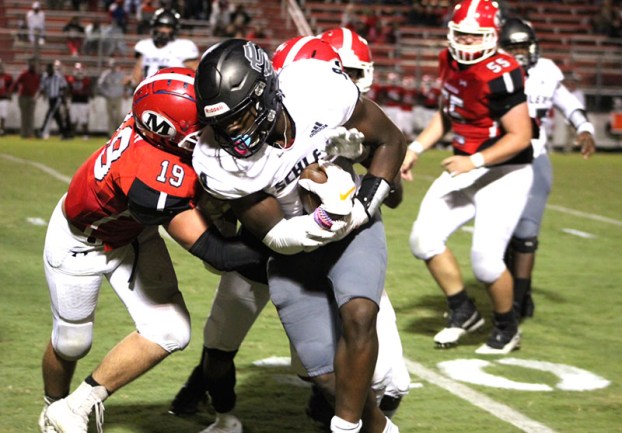 Schley County senior running back Zamon Ross fights for yardage against Marion County. Ross rushed for 172 yards on 24 carries and scored two touchdowns against the Eagles. Photo by Sheila DeVane

BUENA VISTA, GA – Over the past two years, there has been one constant thorn in the flesh for the Schley County High School football team: the Eagles of Marion County. In both the 2018 and 2019 seasons, the Wildcats’ run in the state playoffs ended at the hands of the Eagles and on Friday, October 2, MC once more broke the hearts of the Wildcats and their fans by handing SCHS a 15-14 overtime defeat at Marion County High School.

“I am very proud of the effort that our team displayed Friday night,” SCHS Head Coach Darren Alford said.  “They fought hard the entire game and played their hearts out.  I really am proud of the leadership that was shown by our seniors.  We had to put a new offensive system in because of the loss of our quarterback last week and I felt that we did a good job.  Our defense played great and kept us in the game.  We had a chance to win it on the last play, but came up a little short.”

The Eagles took the first lead of the game in the second quarter when quarterback Jamal Sampson threw a 16-yard touchdown pass to Dechristian Hollis. The extra point attempt by Corey Smith was good and the Wildcats found themselves trailing MC 7-0. 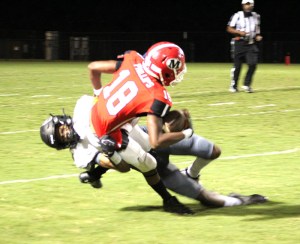 However, in the third quarter, the Wildcats struck back when running back Zamon Ross scored a rushing touchdown from eight yards out. The extra point by Aaron Pinckard was good, tying the game at 7-7.

The entire game was a defensive struggle between both teams and it would need an extra session to decide the outcome. During the overtime period, the Wildcats drew first blood when Ross scored his second rushing touchdown of the night from nine yards out. Pinkcard’s extra point was good and the Wildcats had a 14-7 lead.

All SCHS had to do to earn the victory was stop the Eagles on their first overtime possession. However, the Wildcats were unable to do so, as Sampson scored from five yards out to make it 14-13 SCHS. Instead of kicking the extra point to tie the game and send it into another overtime, the Eagles decided to go for the two-point conversion and the victory. They gave the ball to Sampson again, who was able to score on the two-point attempt to give MC the victory and the Wildcats another excruciating loss to their archrivals. 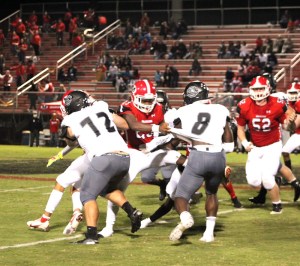 Ross was a workhorse for SCHS the entire game. He rushed for 172 yards on 24 carries and scored both of the Wildcats’ touchdowns. On the defensive side of the ball, Jacob Long and Zavian Solomon each had 11 tackles in the game and Luke Renfroe had a total of 10 tackles.

With the loss, the Wildcats drop to 2-2 on the season, while MC improves to 2-2.

Up next for SCHS is another Georgia High School Association (GHSA) Class A-Public Region 5 contest at home against Greenville (1-3) on Friday, October 9. Kickoff is scheduled for 7:30 p.m.