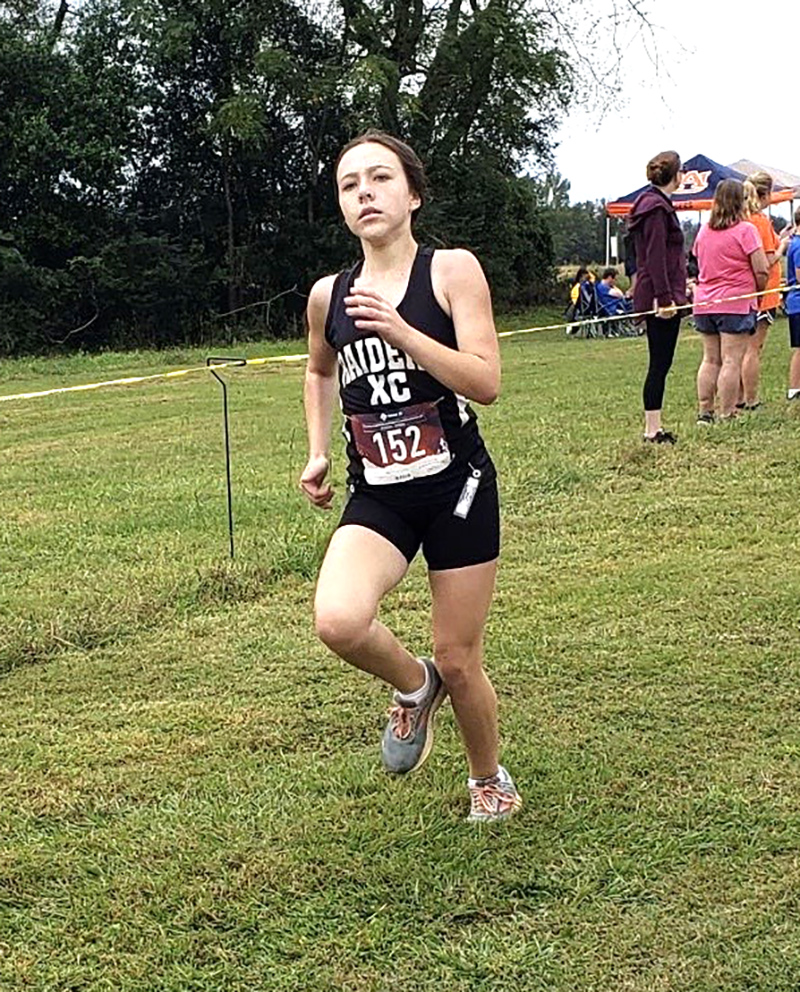 The Lady Raiders finished with a total of 41 points to take the state runner-up spot. They finished just 10 points shy of Bulloch Academy, who won the team championship with 31 points. In the sport of cross country, the team goal is to score the fewest amount of points possible. The Lady Raiders finished 11 points ahead of the Brookwood School, who finished in third place with 52 points.

Alyssa Godwin was the next Lady Raider to cross the finish line. Godwin finished four spots behind Brown in eighth place with a time of 16:58.30. 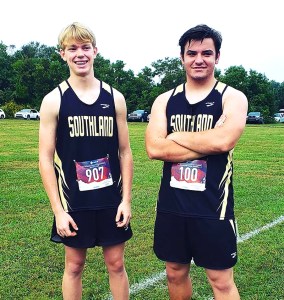 In middle school boys’ action, the Raiders finished in fourth place as a team with 80 points, 21 points behind third place finishers Bulloch Academy, who finished with 59 points. Brookwood was the state runner-up with 55 points and Creekside Christian Academy won the team championship with 50 points. 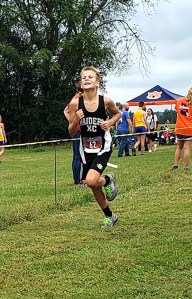 Southland Academy middle school runner Peyton Gilbert finished in the top 10 with a ninth-place finish in a time of 14:50.50.
Photo by Beth Kinney

Colton Crawford turned in a strong finish for the Raiders by finishing in a time of 16:33.40 and his two teammates, Ryan Peck and Matteson Debaise, finished one behind the other. Peck crossed the finish line in a time of 17:22.60 and Debaise was right behind him in a time of 17:24.80.

In varsity boys’ action, SAR freshman Noah Sheff turned in an outstanding performance by finishing in fifth place with a time of 20:40.70. Sheff’s teammate, junior Kolden Kinney, crossed the finish line in a time of 31:12.80.