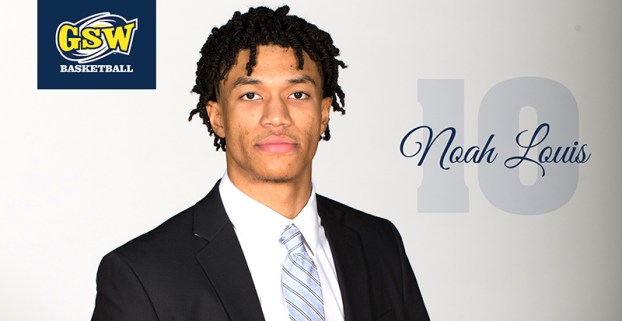 GSW junior forward Noah Louis scored 15 of his game high 17 points to help lead the Hurricanes to a 61-57 victory over Albany State in GSW’s season opener. Photo by Chris Finn

ALBANY- The Georgia Southwestern State University men’s basketball team (GSW) connected on 19 of 23 free throws in the second half, including 14 in a row, to hold off Albany State University 61-57 in the season opener for both schools on Saturday afternoon, December 12, inside the Arena at the Albany State West Campus.

Both sides were sluggish over the opening 20 minutes. The teams combined to shoot 4 of 20 from beyond the arc and 6 of 16 from the charity stripe. There were 20 turnovers and the largest lead was four points. ASU closed out the half on a 6-0 run to go up 20-18 at the break.

The lead changed hands twice early in the second half before Dontevius Tatum sank a pair of free throws to put GSW ahead for good 35-33 with 12:23 remaining. The Hurricanes proceeded to score the next five points to stretch the lead to their largest of the afternoon, 40-33, with 11:12 to go, but ASU refused to go away. ASU was within a point and had possession of the ball with 36 seconds left, but the Hurricanes forced a turnover. Kahlon Whitley proceeded to calmly sink a pair of clutch free throws that forced the Golden Rams to throw up a three-point heave in the closing seconds, which was off the mark, and GSW held on for the victory.

ASU finished with a slightly better shooting percentage than GSW. The Golden Rams connected on 20 of 53 attempts (37.7 percent), while GSW made 16 of 50 shots (32.0 percent). The Golden Rams held a slight edge on the glass, 44-40, and dished out three more assists, 11-8. The Hurricanes defense forced 24 turnovers.

Newcomer Noah Louis scored 15 of his game-high 17 points in the second half for the Hurricanes, while turning in a double-double with 11 rebounds. Devon Higgs and newcomers Tatum and Jarrett Adderton added 10 points apiece.

Joshua Jerome scored 11 of his team-high 14 points in the second half to lead ASU. Jordan Simpson finished with a double-double behind his 10 points and game-high 13 rebounds.

The Hurricanes and Golden Rams will complete their home-and-home series on Monday in the Storm Dome at 7:30 p.m.