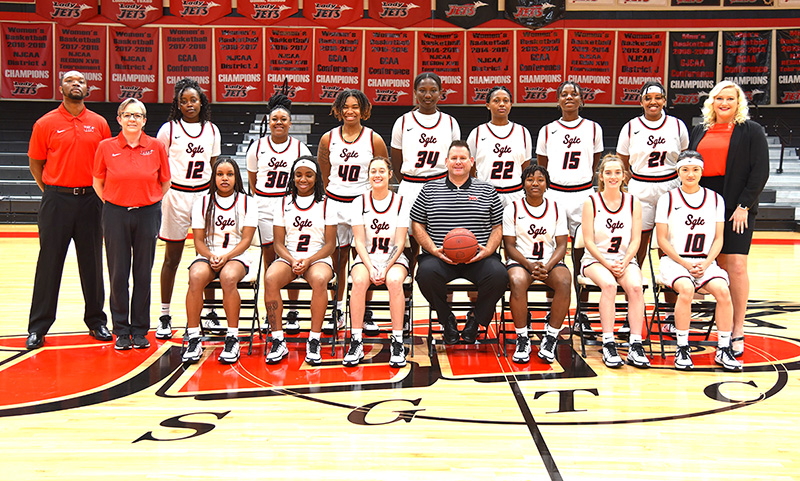 “Preseason rankings are great but I think they are based off the programs performance the year before, who they have returning player wise,” said South Georgia Technical College Athletic Director and Lady Jets head coach James Frey.  “It is an honor that the NJCAA poll committee has such high expectations for us.  It has been an ongoing process to build the trust of that committee in our program but now the real work begins.

“They (NJCAA) have recognized us, now we have to go out and earn it.  You do that by practicing like a champion every day not just showing up on game days and expecting to be good.  This team has done a pretty good job of that and I am excited about seeing how far they can do,” added Frey.

The Lady Jets will have the opportunity to gauge where they are this season when they host the 4th ranked Shelton State on Sunday, January 24th at   1 p.m. in the South Georgia Technical College Hangar.  The two teams are scheduled to repeat that match-up on January 31st at 1 p.m. in Tuscaloosa, AL.

Coach Frey admitted, “playing Shelton State this early in the season is a significant challenge.  They are ranked #4 in the country and that’s where they are pretty much every year.  Coach Thompson does an incredible job with their program and she has for the past twenty plus years.  This will be a pretty good gauge of where we stand right now.  Shelton State is about as good as it gets.”

The Lady Jets finished last season with a 30 – 2 overall record. They were undefeated in the Georgia Collegiate Athletic Association Division I league with a perfect 17 – 0 record.  This is only the second unbeaten conference record for the Lady Jets under head coach Frey and only the third in the history of the program, which begin in 2004.

The Lady Jets had qualified for their fourth consecutive national conference and were only days away from boarding a plane to Lubbock, Texas when the COVID-19 pandemic forced the cancellation of the 2020 national tournament.  The Lady Jets have earned the right to advance to the NJCAA National Tournament six times under Coach Frey and once under former head coach Brandon Harrell in 2009 – 2010.

This year, the Lady Jets were ranked 10th in the nation in the “Way-Too-Early National Junior College Athletic Association DI Women’s Basketball Top 25 Rankings” in the World Exposure Report.  The NJCAA has moved them up three notches but as Coach Frey said, “now the real work begins.”

The Lady Jets are currently 1 – 0 on the season and will have the chance to move to 2 – 0 before facing Shelton State at 1 p.m. Sunday.