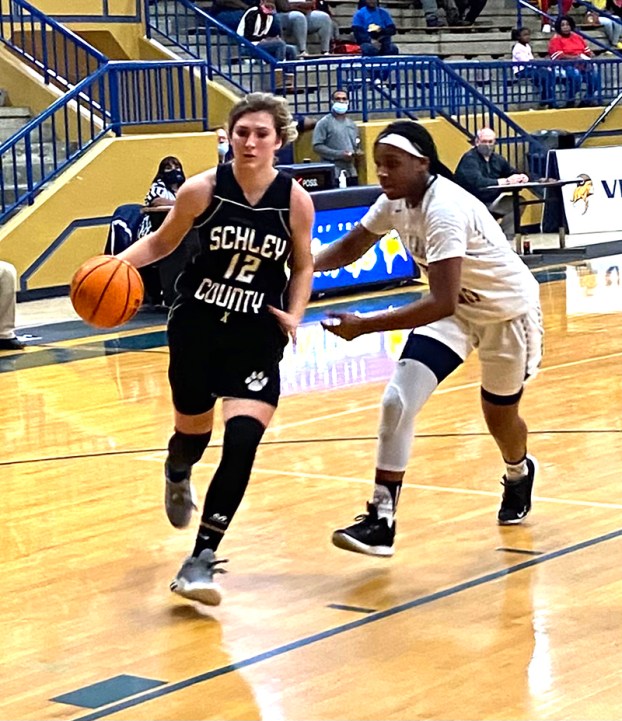 BUTLER, GA – After their 44-43 loss to Central Talbotton last Friday, the Schley County Lady Wildcats (SCHS) came into Tuesday night’s Region 5 A-Public contest at Taylor County (TC) hoping to earn a victory and to get back on the winning track. However, though they competed extremely hard, the Lady Wildcats committed numerous turnovers throughout the entire game and it proved to be their undoing, as SCHS fell to the Lady Vikings 51-43 on Tuesday, January 26, at Taylor County High School.

One major factor in the loss was that the Lady Wildcats, as well as the SCHs boys’ basketball team, were not able to play any games for over a month due to COVID-19 issues involving their opponents.

“Turnovers got to us. We’ve been in and out with the pandemic going on,” said SCHS Head Coach Cliff Royal. “We’re getting better. We don’t want to peak right now. We want to peak during playoffs. That’s when we want to be at our best, so we are going to keep working hard.” 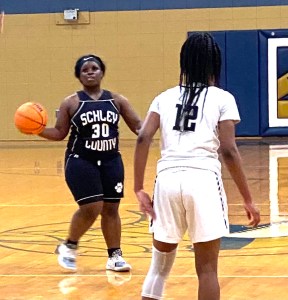 TC jumped out to a 5-0 lead on the Lady Wildcats to begin the game, but SCHS was able to recover and only trailed 11-9 by the end of the first quarter.

The Lady Wildcats took the lead in the first few seconds of the second quarter on a three-pointer by Amiyah Walker. That was the beginning of a 10-2 run by SCHS.

The Lady Vikings responded with a 6-0 run of their own to tie the score at 19-19, but with 3:50 left before halftime, Lily Walker gave the Lady Wildcats a 22-19 lead on a three-pointer. However, TC responded once again with another 6-0 run to take a 25-22 lead, prompting Royal to call a timeout with 2:28 left before the half.

During this part of the game, as well as for much of the first half, the Lady Wildcats were plagued by numerous turnovers, as they struggled to take care of the basketball. As a result, the Lady Vikings were able to take advantage, as Shakera Corbin scored on a layup to give TC a 27-24 lead. This prompted Royal to call another timeout to get his club to regroup.

For the remainder of the first half, both teams struggled with turnovers, but the Lady Wildcats went into halftime trailing 30-25.

While SCHS had its problems with turnovers in the first half, the Lady Vikings struggled in this area as well. Going forward, it seemed as if the winner of this game would be the team that committed less turnovers and made the most of its possessions.

During the first four minutes of the third quarter, both teams played at a frenetic, up and down pace and both teams commit several turnovers. However, by the 3:24 mark of the third quarter, the Lady Vikings had amassed a 41-31 lead. SCHS was able to cut that lead down to eight when Minter was fouled in the act of shooting and made both free throws.

For the remainder of the third quarter, however, the Lady Wildcats continued to struggle with turnovers and trailed 47-35 by the start of the final quarter. 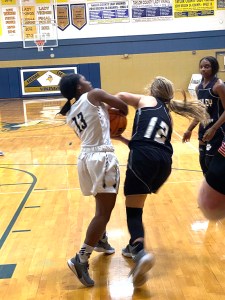 With 58 seconds to go, TC had the ball, but the Lady Wildcats were able to force a turnover. However, Lily Walker’s three-point attempt was off the mark and TC would go on to win 51-43.

With the loss, SCHS falls to 2-3 on the season and 2-2 in the Region 5 A-Public standings. The Lady Wildcats will try to rebound from this setback when they play Marion County in a rivalry game at the GSW Storm Dome on Friday, January 29. Tip off is scheduled for 6 p.m.

First half explosion from Taylor County too much for Wildcats

BUTLER, GA – At one point in the first quarter, the Schley County Wildcats were tied 10-10 with Taylor County... read more