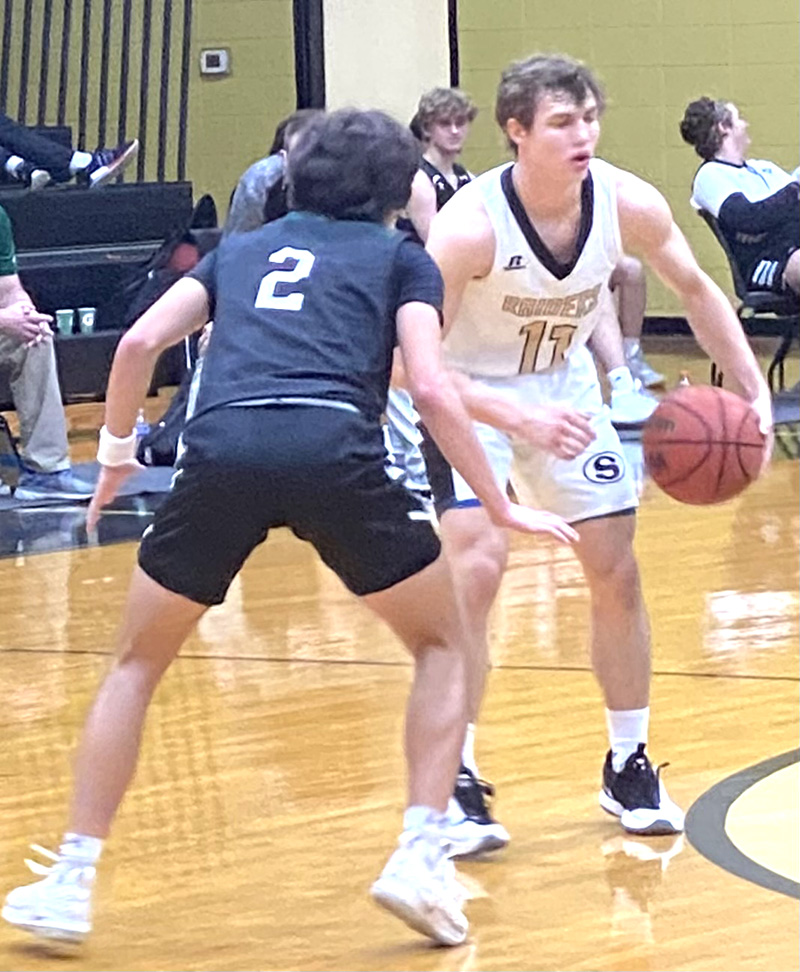 AMERICUS – For the three seniors on the Southland Academy Varsity Boys Basketball Team (SAR); Owen Exley, Max Foster and Nathan Duke, it was a Senior Night they will never forget. Between the three of them, the Raiders connected on eight three-pointers against Westfield. As a team, SAR connected on a total of 11 three-pointers in its 63-50 victory over the Hornets on Monday, February 8, in the Melvin Kinslow Gymnasium.

Foster, who didn’t score a single point in the first half, exploded for 23 points in the second half to lead the Raiders’ attack. Nine of his 23 points came on three second half three-pointers.

For SAR Head Coach Rundy Foster, it was a tale of two halves. 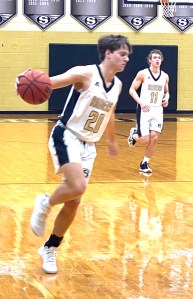 In addition to Max Foster’s performance, three other Raiders scored in double figures. Senior Owen Exley scored 12 points and connected on two three-pointers and senior Nathan Duke scored 11 points, with nine of them coming on three made shots from beyond the arc. Buddy Brady was also in double figures with 10 points and he connected on two three-pointers.

“I thought we did a few good things,” said Coach Foster. “We’ve got to do a little bit better on the defensive end, recognizing who is hurting us and who is not.”

Southland Academy senior point guard Nathan Duke drives to the basket and scores against Westfield. Duke scored 11 points and connected on three three-pointers in the win over the Hornets on Senior Night.
Photo by Ken Gustafson

The one player for the Hornets that really hurt the Raiders was Walker Young. Young led Westfield in scoring with 25 points and connected on seven three-pointers. Jonathan Myers was also in double figures for the Hornets with 11 points.

As a team, the Hornets were also hot from beyond the arc, as they connected on a total of nine three-pointers.

As far as his club’s offensive execution in the first half was concerned, Coach Foster said that it was a bit stagnant and disjointed, but that it was partly due to Senior Night jitters. “It’s tough on Senior Night,” said Foster. “Sometimes the seniors don’t always play as well as they’d like. Sometimes, they’re trying to force things, but I thought overall, we did pretty good.”

Southland Academy junior small forward Carmelo Volley goes up to score on the inside. Volley scored five points I the win over Westfield.
Photo by Ken Gustafson

With the win, the Raiders improve to 15-3 overall, with one more regular season game left at Westwood on Tuesday, February 9.

This was Senior Night at Southland, however, and the Raiders would not allow their seniors to taste defeat in their last home game of their careers. Over the first few minutes of the second quarter, SAR scored five unanswered points, which included the first of three first half three-pointers from Duke. The senior point guard would later drill two more three-pointers in the latter part of the first half to help give his team a 25-17 lead at halftime.

Owen Exley (20) and Buddy Brady (15) both go up to get an offensive rebound against Westfield.
Photo by Ken Gustafson

For much of the second quarter, SAR’s defense was solid, as they were able to limit the Hornets’ scoring opportunities. On the offensive end, the Raiders connected on five three-pointers in the first half and were able to get points by way of dribble penetration as well.

However, any idea that Westfield was going to spoil this special night was eradicated in the third quarter. The Raiders connected on three three-pointers and outscored the Hornets 19-10 to take a 44-29 lead with eight more minutes to play.

During the first three minutes of the fourth quarter, the Hornets outscored SAR 8-6, but Foster drilled a three-pointer to put the Raiders up by 16 at 53-37. Shortly thereafter, Foster drained his second three-pointer of the night to increase the lead to 19. 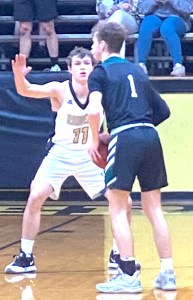 However, the Hornets responded with five unanswered points, prompting Coach Foster to call a timeout with 3:30 left in the contest.

Out of the timeout, Max Foster struck again with his third three-pointer of the night to put SAR up 59-42. From that point on, the Raiders did not allow Westfield to make a serious run and went on to win 63-50. 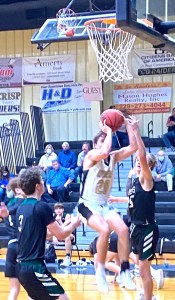 SAR will conclude its regular season on Tuesday, February 9, against the Wildcats of Westwood in Camilla, GA. Tip off for that game is scheduled for 6 p.m. From there, the Raiders will focus their attention on the GISA Region 3-AAA Tournament to be held at the Storm Dome on the campus of Georgia Southwestern State University next Thursday and Friday, February 18-19. The Raiders enter the tournament as the #1 seed out of Region 3-AAA and will take on the #4 seeded Panthers of Tiftarea Academy in their first round game on Thursday, February 18. Tip off time has yet to be determined.