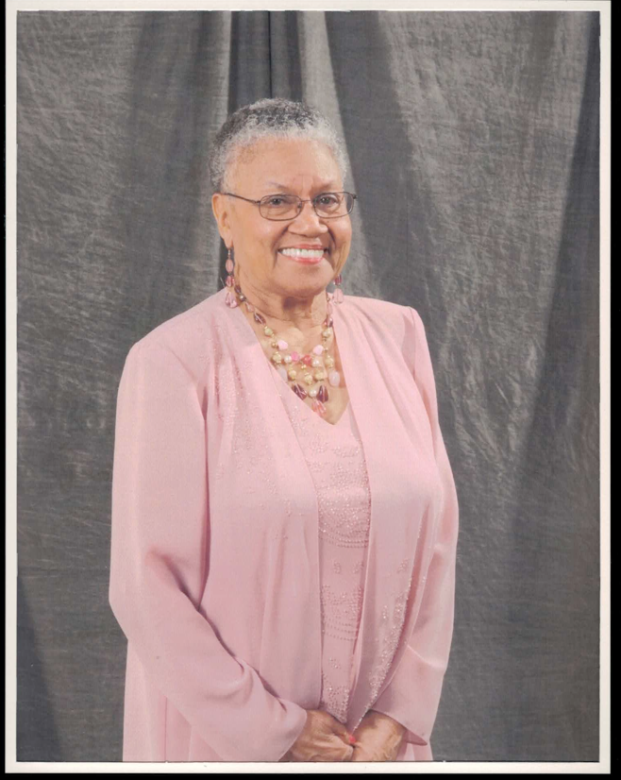 Mrs. Bobbie Lou Smothers Balkcom, the daughter of the late Ozie Smothers and Mamie Smothers, was born in Smithville. Georgia on August 31, 1931.  She departed this life on Saturday, February 20, 2021 at Piedmont Hospital, Atlanta, Georgia.

Bobbie Smothers Balkcom, from birth though her formative years was a member of Zion Hope Baptist Church, Smithville, Georgia.   In her adult years, Mrs. Bobbie Smothers Balkcom was a member of The Historic Campbell Chapel A.M.E. Church, Americus, Georgia, a church that her late mother-in-law and father-in-law, Henry Balkcom and Car Bel Balkcom helped to build and where they hold a stained glass window and pew in their tribute and where her husband, the late Walter Terry Balkcom and Mrs. Bobbie Smothers Balkcom served as Treasurer of the Steward Board, as members of the Cathedral Choir and as Trustees of the Church.

Bobbie Smothers Balkcom was born and raised in Smithville, Georgia on the Smother’s Family Farm, one of the first and oldest Black Owned Farms in the State of Georgia and was the sixth of seven children.  Considered the “baby” of the family, she usually got her way and convinced her father to teach her to plow and to ride the mule.  When her father bought his first tracker, she learned how to drive it.  She was somewhat of a “tomboy”.  Bobbie helped with the peanut harvest each fall  or “shaking of the peanuts” as it was traditionally called before the age of mechanization.

Even though she lived and worked on the farm , she never missed a day of school and believed that living and working on a farm and believed it molded her ability to adapt and be flexible to working with people from all walks of life.

In High School, Bobbie began attending A.S. Staley High School in Americus Georgia.  She met the young man whom she would later marry upon graduation and who became her Husband, the late Walter Terry Balkcom.

Bobbie went on to pursue her Bachelor of Science in Biology and Chemistry, at Savannah State College, Savannah, Georgia, with the intention to become a Doctor of Medicine.  However, Bobbie instead endeavored to expand her family and became pregnant with her first and only child, the late Mrs. Bonita Maria Balkcom Guilford.

In order to be closer to her  husband, the late Walter Terry Balkcom, closer to her parents, parents- in- law and other immediate family and in preparation for daughter Bonita Maria Balkcom’s birth, Bobbie transferred to her studies to Albany State College in Albany, Georgia where she completed and received her Bachelor of  Science, with a Major in Science Education and a minor in Library Science, on honor roll each quarter.  Bobbie graduated with all Rights and Honors and later became the Recipient of the National Science Foundation Grant (summer of 1960).  Mrs. Balkcom went on to pursue Graduate Studies at Tuskegee University, the University of Georgia, the Georgia Southwestern University.

Mrs. Bobbie S. Balkcom taught at John Lewis High School, in Ellaville, Georgia 1958-1970 where she was a Teacher of Science and Mathematics, the Advisor for Science Club and Supervisor of the Dramatics Club and Homecoming Events.  She taught Eastview Elementary in Americus Georgia 1970-1971.  She worked at the Media Specialist in Americus High School August 1971 – June 1993, where she supervised library club and activities, chairman of the school “cheer” committee, and served as the GAE/NEA building representative.  The Students, faculty and Staff dedicated the 1976 Americus High School Panther year-book to Mrs. Bobbie Smothers Balkcom.

She was a member of the following organization including:

She is survived by her grandchildren; granddaughters, Asante’ SuJuan Guilford, and Che’ Romere Guilford of Atlanta, Georgia and grandson, Donald Balkcom Guilford of Los Angeles and host of nieces, nephews, and godchildren.

Mrs. Bobbie Smothers Balkcom was loved by all and will be Greatly Missed and Remember by all as a Phenomenal Woman and Amazing, Gracious, Gentile Spirit and Beautiful Vibrant Smile.

Details of the services will be announced later by Barnum Funeral Home, Inc. For more information visit the website at www.barnumfuneralhome.com