Wildcats’ first inning explosion leads them to victory over Manchester 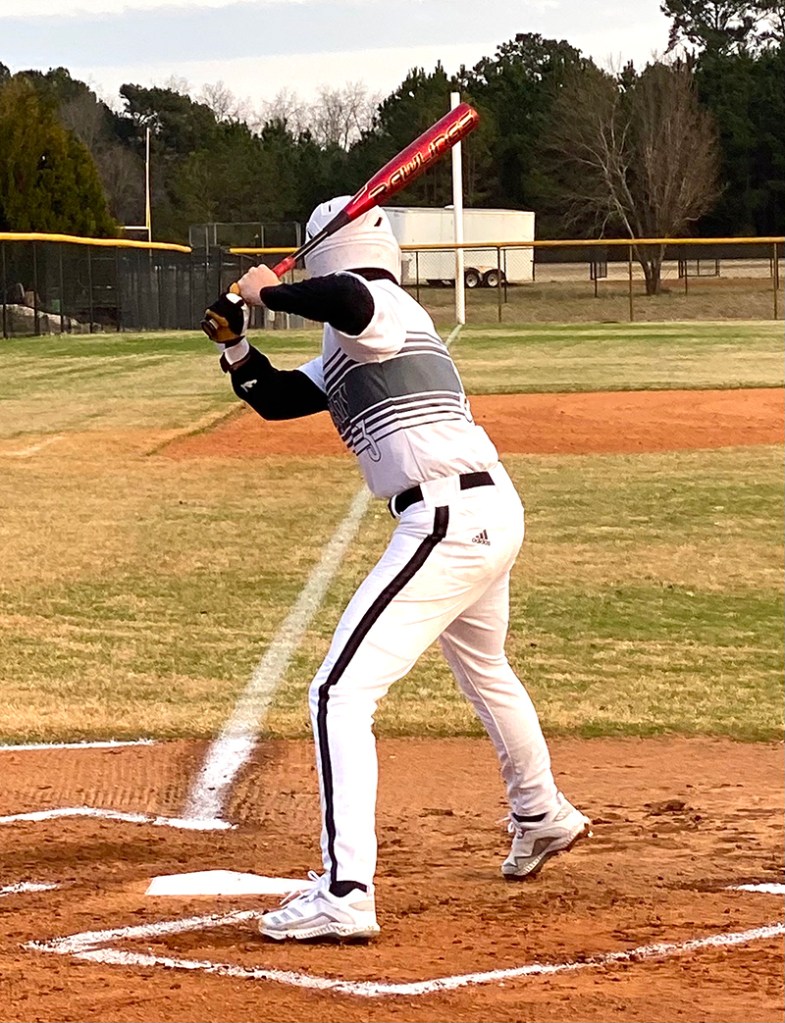 Schley County junior Trypp Lumpkin went 3 for 3 with a home run and three runs scored to lead the Wildcats to an 11-1 victory over Manchester. ATR Archive

ELLAVILLE – The Schley County Varsity Baseball Team (SCHS) wasted no time in putting a strangle hold on its Region 5 A-Public contest against Manchester. The Wildcats scored six runs on five hits in the bottom of the first and they took advantage of a walk and two hit batsmen. That first inning explosion would eventually lead to an 11-1 SCHS victory over the Blue Devils.

Both Trypp Lumpkin and Tucker Welch singled in the inning and Athon Hines drove in two of those six runs on an RBI double to left field. Carson Westbrook also had a productive at bat in the inning by driving in another run on an RBI single, and Luke Renfroe singled in the Wildcats’ sixth run of the game on a line drive to center field.

The Blue Devils scored a run in the top of the second inning, but the Wildcats responded with their seventh run of the game in the bottom half of the inning. After Lumpkin led off with a triple, Welch hit a sacrifice fly to center field, scoring Lumpkin and giving SCHS a 7-1 lead.

Two innings later, the Wildcats added three more runs on a home run by Lumpkin over the right field wall and a two run double by Hines. SCHS added one more run in the bottom of the fifth when Jay Kanazawa stole home.

Lumpkin led the Wildcats’ offensive attack by going 3 for 3 with a home run and three runs scored. Himes went 2 for 3 with two doubles, four RBIs and a run scored.

The Wildcats (4-0) will try to stay unbeaten when they host Crisp County (3-1) later today at SCHS. First pitch is scheduled for 6 p.m.

Golf Tip: Over the top