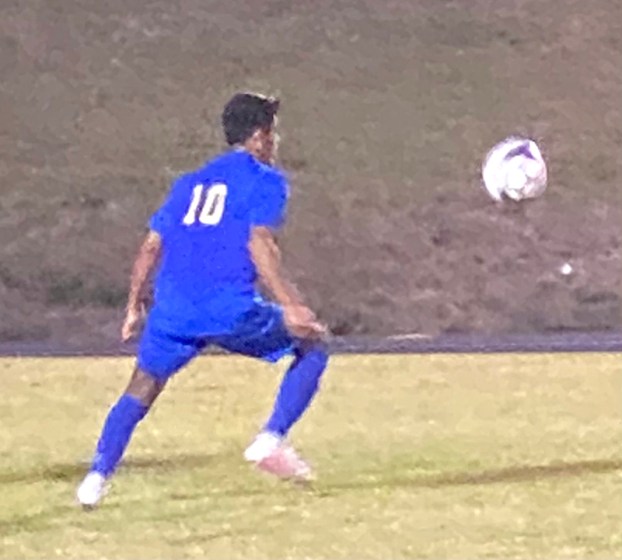 AMERICUS – After losing 8-0 in its season opener to Lee County, the Americus-Sumter Varsity Boys Soccer Team (ASHS) has caught fire, winning two of its last three matches. The Panthers’ most recent victory came on Wednesday, March 10, in a 10-1 rout of Chattahoochee County (CCHS).

ASHS senior forward Alexis Vazquez exploded for a hat trick (three goals), plus two more goals to lead the Panthers’ charge against CCHS. Junior Jesus Rodriguez had his own hat trick in this game and both junior Kevin Abarca and Julio Lopez each scored a goal to round out the ASHS scoring.

Vazquez got the first goal nine minutes into the game and would score again 10 minutes later. Then in the 32nd minute, Rodriguez scored the first of his three goals, which was shortly followed by Vazquez’s third. 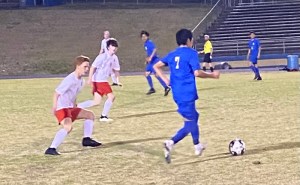 Then in the second half, Abarca scored in the 55th minute and that was followed by the Rodriguez’s second goal of the game two minutes later. Vazquez got his fourth goal of the match in the 70th minute and that was followed shortly thereafter by the hat trick goal by Rodriguez. Freshman Julio Lopez got in on the act with a goal late in the game and then Vazquez put the cherry on the whip cream with his fifth goal to complete the barrage of the Panthers. CCHS was able to prevent posting a doughnut on the scoreboard with a goal, but this night completely belonged to the Panthers.

Before Wednesday’s drubbing of CCHS, the Panthers opened Region 2-AAA competition against Upson-Lee in Thomaston on Friday, March 5. In that match, senior Leo Diaz Lopez posted his own hat trick with three goals. That was followed by two goals from Rodriguez and one by Abarca to complete a 6-0 shutout of the Knights.

The Panthers are now 2-2 on the season and will try to extend their winning streak to three when they travel up to Zebulon, GA to play the Pirates of Pike County in another region contest on Friday, March 12. Kickoff is scheduled for 6