Ledger drives in four runs to lead Raiders past SGA 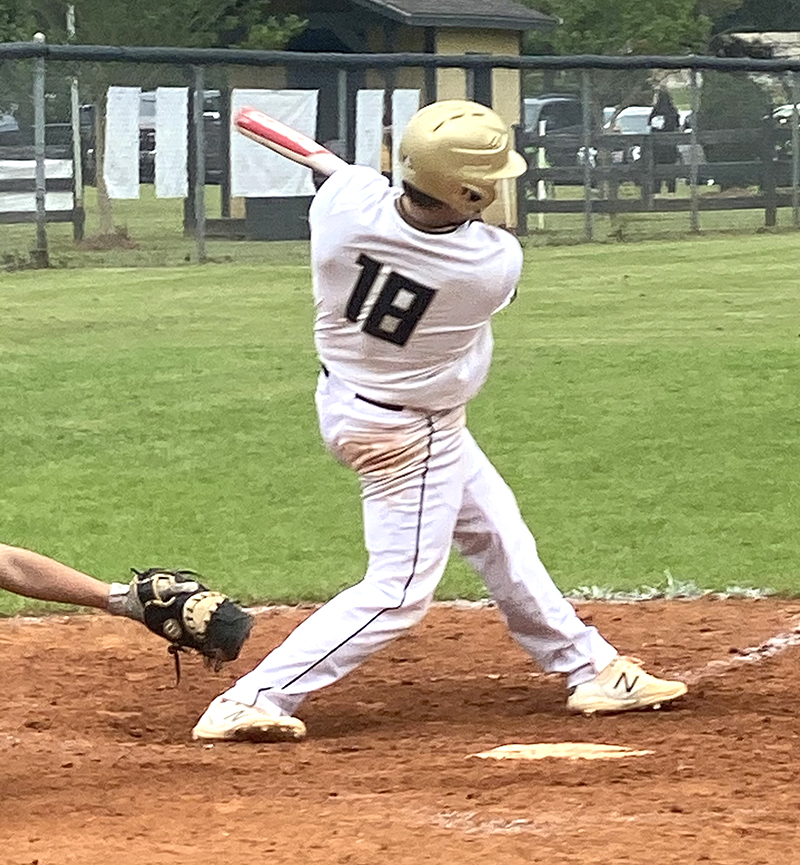 Southland Academy catcher/second baseman Chase Ledger went 3 for 5 at the plate and drove in four RBIs to lead the Raiders to an 11-6 victory over Southwest Georgia Academy. ATR Archive

AMERICUS – Southland Academy (SAR) catcher/second baseman Chase Ledger went 3 for 5 at the plate, scored a run and drove in four RBIs to lead the Raiders to an 11-6 victory over Southwest Georgia Academy (SGA) on Monday, April 19, at the SAR baseball complex.

The Warriors tried to fight their way back in it by scoring three runs in the top of the fourth to cut the Raiders’ lead to 9-4, but SAR responded in their half of the fourth when Ledger drove in Foster on a single to right field to give SAR a 10-4 lead.

Each team added a run in the fifth, but the Warriors made it interesting in the top of the seventh. They began the inning with three back-to-back singles to load the bases with nobody out.

However, SAR relief pitcher James Griffin kept calm in the face of adversity. He struck out Brady Brunson for the first out. Banks Johnson was able to drive in a run on a single to make it 11-6 SAR, but Griffin was able to retire the next to batters to end the game. In a little over three innings of relief work, Griffin gave up three runs on six hits, but posted four strikeouts to help seal the win for the Raiders.

In addition to Ledger’s contribution, third baseman Perry Usher also had a strong day offensively. Usher went 2 for 4 with a double, drove in two RBIs and scored two runs. Max Foster also contributed by going 2 for 2 with an RBI and three runs scored.

Owen Exley started on the mound for SAR. In a little over three innings of work, Exley gave up four runs on five hits, walked three batters and struck out one.

The Raiders (8-8) are currently on a two-game winning streak and will try to extend it to three when they host Fullington Academy on Tuesday, April 20 at 4:30 p.m. They will then travel over to Dawson to take on Terrell Academy on Thursday, April 22. First pitch for that game is scheduled for 4:30 p.m.