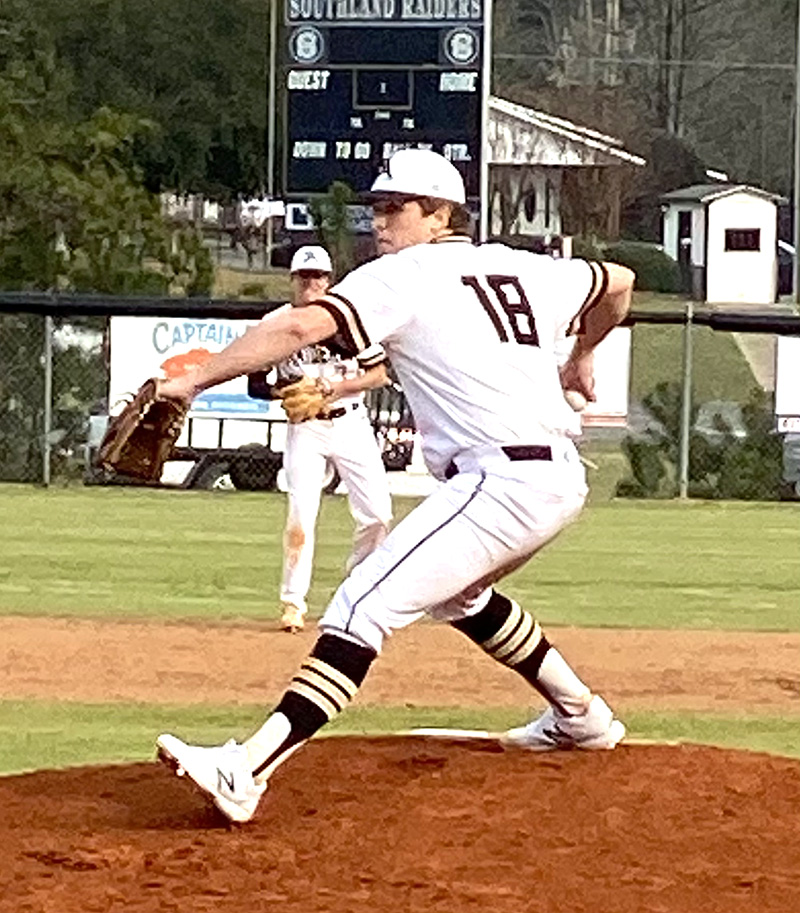 The sophomore righthander exerted complete domination over the FA hitters by giving up only two hits and striking out 10.

Ledger also got the job done at the plate by going 1 for 4 with a two-run double in the bottom of the fourth inning. His two-run double was part of a five-run explosion by the Raiders in that inning.

Henry Johnson had a tremendous day at the plate for SAR, as he went 3 for 3 with three singles and three runs scored. In addition to the contributions of Ledger and Johnson, Buddy Brady also had a strong day offensively by going 2 for 3 with a triple, two RBIs and two runs scored. SAR catcher Will Godwin was another Raider that had a multi-hit game. Godwin went 2 for 3 with two singles and one run scored.

With the win, the Raiders (9-8) extend their winning streak to three games and will try to extend it to four when they travel to Dawson to take on Terrell Academy (11-5) on Thursday, April 22. First pitch is scheduled for 4 p.m.