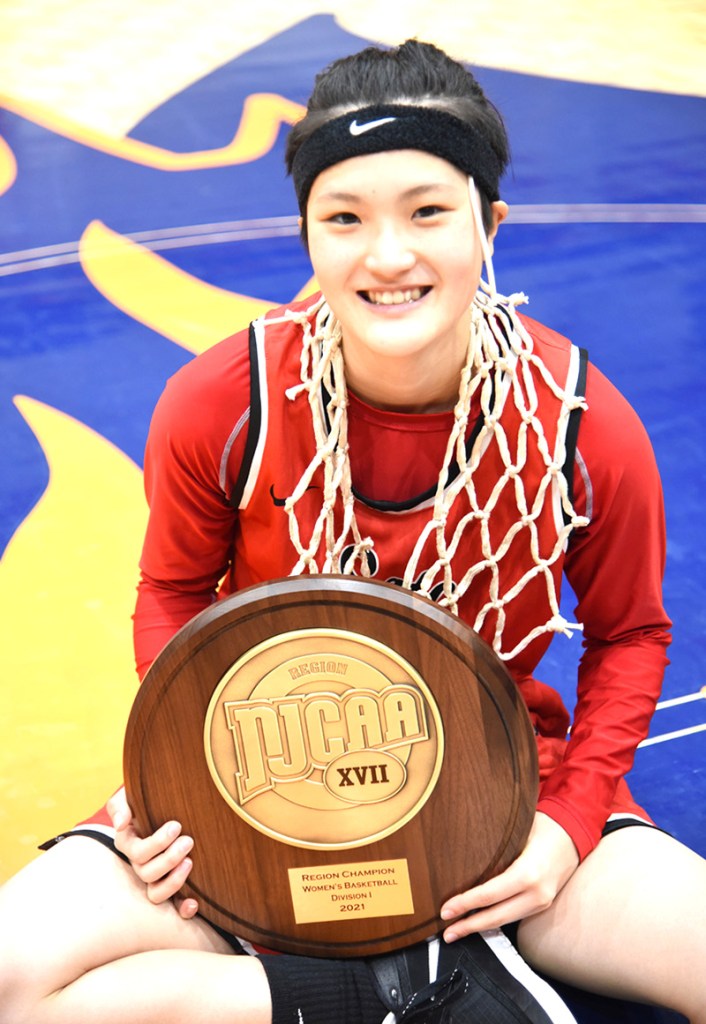 Shida was one of 10 players selected for this honor throughout the two-year women’s basketball college programs.  Rebekah Dallinger of Miles Community College in Miles City, Montana, was the 2021 WBCA Two-Year Player of the Year and headlined the WBCA Two-Year College Coaches’ All-America team.  She averaged 25.8 points per game to lead all scorers in the NJCAA Division I and led the Pioneers to a 24 – 2 record, the NJCAA Region XIII Championship and the second round of the NJCAA Division I National Tournament.

“We congratulate the 10 members of the 2021 WBCA Two-Year College Coaches’ All-America team for what they have accomplished in this challenging season,” said WBCA Executive Director Danielle Donehew.  “These young women have worked to elevate their teams and themselves to an elite level of competition.  Through their exceptional talents on the basketball court, they have also lifted the women’s game.

Shida, a 5’ 7” sophomore point guard from Hokkaido, Japan, helped lead the Lady Jets to a 30 – 2 overall record as a freshman and then helped guide SGTC to a 22 – 4 record during the COVID-19 pandemic shortened 2020 – 2021 season.  The Lady Jets were the GCAA Champions, NJCAA Region XVII and Southeast District Champions in 2019- 2020 and qualified for the NJCAA National Tournament prior to the COVID-19 cancellation of that national tournament. 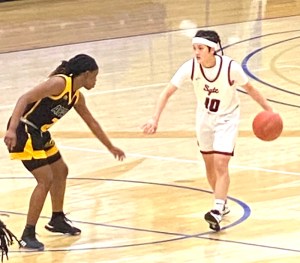 Moe Shida (#10) is shown bringing the ball down the court against Tyler Junior College in the NJCAA National Tournament in Lubbock, Texas.
ATR Archive

Shida and the Lady Jets captured the NJCAA Region XVII tournament title and won the Southeast District Conference game to advance to the NJCAA National Tournament again in 2020 – 2021 and finished in the top sixteen teams in the nation.  The Lady Jets climbed as high as 2nd this season in the NJCAA national rankings.

South Georgia Technical College Athletic Director and Lady Jets head coach James Frey, who was named the WBCA Two-Year National Coach of the Year for 2021, said, “Moe has worked harder to improve her game than any player I have ever coached.  She is a true gym rat.  She spends hours a week working on her own to become a well-rounded player.  New Mexico State did a fantastic job of recruiting her early and getting her to sign in November.  She is going to have a great career for them.

Frey also added, “for all the positive things I can say about Moe the player, Moe the person is even more impressive.  She’s a fantastic teammate who really cares about the people she plays with and that coach her.  I’m going to miss her infectious smile and attitude around our building every day.” 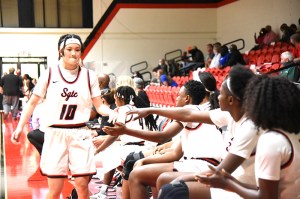 Moe Shida (#10) is shown receiving congratulations from her teammates in the Southeast District game.
Photo by Su Ann Bird

The WBCA was founded in 1981 and is the professional association for coaches of women’s and girls’ basketball at all levels of competition.  The WBCA offers educational resources that coaches need to help make themselves better leaders, teachers and mentors to their players; provides opportunities for coaches to connect with peers in the profession; serves as the unifying voice of a diverse community of coaches to the organizations that control the game; and celebrates these coaches, players, and other individuals who excel each year and contribute to the advancement of the sport.  Visit WBCA.org for more details about the association.