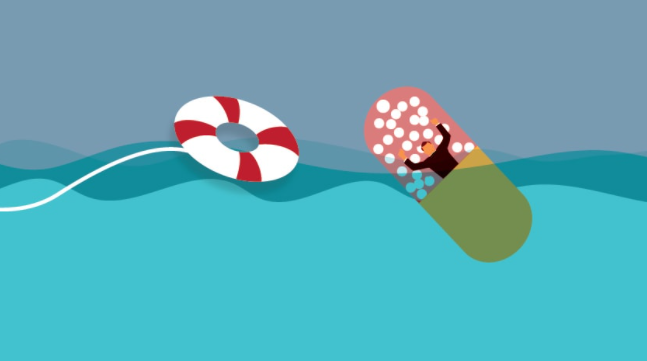 To give an informed picture, the Americus Times-Recorder (ATR) will be addressing a topic germane to every community, including ours: addiction. The following is the second submission to the series. The first can be found in the April 28, 2021 edition of the ATR, or on our website: americustimesrecorder.com.

The Center for Disease Control (CDC) reports 128 Americans die per day secondary to opioid use. In 2019, 1.6 million Americans were diagnosed with having an opioid use disorder in the last year. To receive a diagnosis, an American has had the luxury of being diagnosed by a professional who assesses the patient with a specific set of qualifiers. For various reasons, many Americans don’t enjoy such luxuries. While data is important, it is difficult at best to determine the extent to which addiction has affected this country. In a November 2016 report, former Surgeon General Vivek Murthy, M.D., publicly confirmed what researchers have known for years: Addiction is a chronic illness accompanied by significant changes in the brain. From “Michigan Medicine” a healthcare provider affiliated with the University of Michigan, Jillian Hardee, Ph.D., speaks important words on the disease. “Addiction does not occur because of moral weakness, a lack of willpower or an unwillingness to stop. This finding stems from decades of work investigating the effects of substance use on the brain.” Divorcing addiction from morality or willpower is extremely important as shame often blocks users from seeking treatment. Medical professionals approach addiction as a disease. If the public could follow their lead, we would see significant improvement in recovery. Addiction is affecting the country in many ways to include physical, mental, spiritual, relational, family, vocational and financial health. Please remember while data is critical to understanding addiction, it can sometimes result in a cold detachment. People become numbers. We would serve each other well if we honor these “numbers” with a face, a family, a neighborhood. These “numbers” have their own story, rich with life. The ATR felt it important to tell the story of one in 1.6 million. Cindy, who enjoys sobriety from opioids has bravely told a precious part of her story in hopes the word “addiction” or “disorder” will take on some humanity. We are grateful to her.

According to The Substance Abuse and Mental Health Services Administration (SAMHSA), “Opioids are a class of drugs that include the illegal drug heroin, synthetic opioids such as fentanyl, and pain relievers available legally by prescription, such as oxycodone (OxyContin®), hydrocodone (Vicodin®), codeine, morphine, and many others. Common names include: Happy Pills, OC, Oxy, Oxycotton, Percs, Vikes.”

Diagnosis can be done by trained professionals who are able to determine if a patient meets certain qualifiers. A clinician is required to demonstrate the patient/client exhibits “a problematic pattern of opioid use leading to clinically significant impairment or distress.” The qualifiers which indicate the patient/client is suffering from an opioid use disorder are listed in the Diagnostic and Statistical Manual for Mental Disorders, Fifth Edition (DSM-5).

To understand the opioid crisis, it is helpful to have context on how it began and grew over the decades. The Center for Disease Control (CDC) offers some facts:

In speaking with the Georgia Department of Public Health, there is causation behind these rises. Opioids were marketed to doctors as being a less addictive and less harmful medication than previous pain medications. This being the case, many doctors preferred this drug over the other offerings. However, research did not prove to be correct and many people, seeking simple pain relief, ended up in a fight of a lifetime. As doctors became aware of the danger of opioids, their prescribing habits reflected this knowledge. However, the addiction had already set in its claws. With doctors prescribing less and less, there was a rise in “street opioids” which many felt were their only option. To simply abate withdrawal symptoms, or in some cases to “chase a high” many would face dangers indigenous to buying drugs illegally to feel well. As the price increased, on the street as well as in pharmacies, it was determined heroin could provide a much cheaper relief. Society started to see the horrific impact of heroin in our communities. According to the National Institute on Health, about 80 percent of people who use heroin first misused prescription opioids. Finally, an illicitly manufactured drug, fentanyl, was added to heroin, counterfeit pills and cocaine. Fentanyl is a powerful pain reliever when it is manufactured and prescribed in a stable and appropriate environment. Being manufactured for illegal drug deals, it is volatile. Opioids present a particularly insidious cycle as they have the potential to make a body dependent upon them for survival.

Cindy is in her late 50’s and is a professional. Because of a disk problem in her neck, she was prescribed a synthetic opioid, Tramadol, by her primary care doctor. Cindy reports, looking back on her treatment she wishes her doctor had started her pain regime more conservatively, with non-addictive medications and physical therapy. However, Cindy reports after 5 years on Tramadol, “my pain was very intense, and the Tramadol eventually quit working and he (primary care doctor) didn’t feel comfortable going any further, so he referred me to pain management.” Cindy would stay in the care of the pain management clinic for 8 years. At the clinic, the opioids used where more powerful and increased in strength and frequency as time progressed. As is the case with many substances, the original amount will no longer continue to provide the desired effect and an increase is needed. Cindy reports her son, Dale, came to her with strong concerns. Dale had a friend whose mother had died of an overdose and he was concerned the same fate might befall Cindy. With this request, Cindy, in compliance with the instructions from the clinic began to taper herself off the medication until she was finally down to 4 Percocet and a benzodiazepine a day. Cindy becomes emotional when she speaks on how the addiction affected her family. Her daughter, Suzanne, who was overcoming an addiction to opioids as well, could not tolerate seeing her mom’s withdrawal symptoms take hold as Cindy was trying to taper off her remaining medication.  In a desperate effort to help her mom, Cindy’s daughter offered her some of the medication she was using to address the addiction. Cindy took the medication and thought, “Wow! This is going to help me be able to function like a normal person.” The medication she took was Suboxone. Suboxone contains naloxone. Naloxone prevents or reverses the effects of opioids. Naloxone is also known as Narcan and is commonly used by first responders to reverse lethal overdoses of opioids. It also contains Buprenorphine. According to SAMSHA, buprenorphine is an opioid partial agonist. “It produces effects such as euphoria or respiratory depression at low to moderate doses. With buprenorphine, however, these effects are weaker than full opioid agonists such as methadone and heroin. When taken as prescribed, buprenorphine is safe and effective. Buprenorphine has unique pharmacological properties that help diminish the effects of physical dependency to opioids, such as withdrawal symptoms and cravings, increase safety in cases of overdose and lower the potential for misuse.”  Cindy reports clearly, “cold turkey wasn’t working for me and I didn’t want to go back to pain management.” Finding the Suboxone effective, Cindy procured a walk-in appointment with a psychiatrist and began the regimen to cease her use of Percocet. In reflecting, Cindy says, “A lot of times we get on medications to resolve situations and it instead creates situations.” While Cindy was at the pain management clinic she still succeeded in her personal life. She reports completing her bachelor’s degree with a 4.0 in 3 years as well as becoming a substance abuse counselor. However, Cindy reports her pain is still present. She had a bilateral mastectomy and found the pain to be extreme. She was put on a limited number of opioids. At the time of the surgery, Cindy had tapered completely off the Suboxone. However, with the need for pain control, she would be given opioids again. Although she took the medication as prescribed by the doctor, her body would react to the medication differently due to her past use. Opioid addiction rewires the brain and while someone may be sober the disease “is still doing pushups,” meaning the disease of addiction is progressive. It will continue to affect the body and brain even if there is no substance present. Because of these dynamics, Cindy would have to return to the Suboxone.  Cindy reports, in her experience, there was no “high” associated with the Suboxone. “With Suboxone I am so much more aware of where I am at, and what I am doing, and all the things that need to be done. Where before, I have memory gaps from the pain management.” This approach to addiction is referred to as Medically Assisted Treatment, or MAT. Cindy proudly states, “I found my version of sobriety.” Cindy has enjoyed her sobriety for 4 years. She is still active in treatment as it requires a monthly appointment to the psychiatrist who assesses her progress and works hand in hand with Cindy. She now enjoys a clarity she did not when she was using multiple opioids. Cindy’s job in West Georgia allows her to help others overcome an opioid addiction. Her work with other users motivates her as she continues to expand her sobriety.

According to SAMSHA, “MAT has proved to be clinically effective and to significantly reduce the need for inpatient detoxification services for these individuals. MAT provides a more comprehensive, individually tailored program of medication and behavioral therapy that address the needs of most patients. The ultimate goal of MAT is full recovery, including the ability to live a self-directed life. This treatment approach has been shown to, improve patient survival, increase retention in treatment, decrease illicit opiate use and other criminal activity among people with substance use disorders, increase patients’ ability to gain and maintain employment and improve birth outcomes among women who have substance use disorders and are pregnant.”