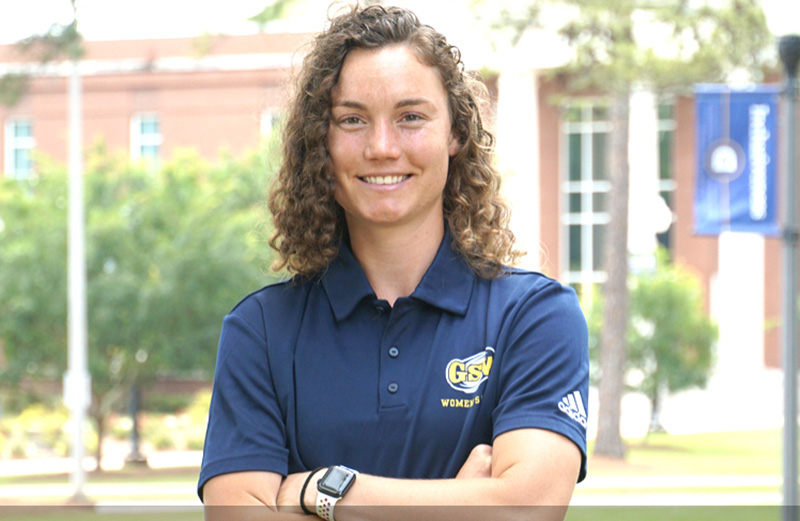 “We are very excited to add Kerry to the Hurricane athletics family,” Leeder said. “With her experience as a decorated player as a goalkeeper in NCAA Division II at Dallas Baptist, as well as her early success in the NCAA as an assistant coach, we feel like she will elevate the profile of the women’s soccer program at GSW.” 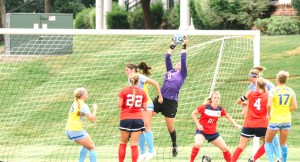 A native of McKinney, TX, Edwards began her collegiate coaching career at Southwest Oklahoma State University in 2015. The Bulldogs boasted 11 shutouts as a team and had a 1.19 GAA, while going 13-6-1 overall and 8-3-1 in the Great American Conference, which placed them third in the league standings.

She returned to UNA for the 2018 season, where she continued to coach the goalkeepers and was elevated to a full-time assistant coach in 2019.

“Kerry has extensive recruiting ties through the Southeast gained during her time as an assistant at Northwestern State, South Alabama and North Alabama,” Leeder said. “We had record finishes by five of our ten athletic programs this year and we are confident that we have the right person to make women’s soccer relevant in the highly competitive Peach Belt Conference.”

Edwards played her college soccer at Dallas Baptist University, where she led DBU to three NCAA Tournament appearances, including a Sweet 16 appearance in 2011. She finished her career second in the Division II record books with 51 career shutouts, and third with over 8,018 minutes in goal. She was named All-Heartland Conference and All-South Central Region in each of her four seasons and was a two-time NCCAA All-American, as well.

“First and foremost, I would like to thank President (Dr. Neal) Weaver and Athletic Director Leeder for the opportunity to guide the program and make Americus my home,” Edwards said. “I’m excited for the what the future of GSW women’s soccer holds and I look forward to the challenge of the Peach Belt Conference.”