Fuller Center cross-country bike ride to show up in Americus on Friday, June 4 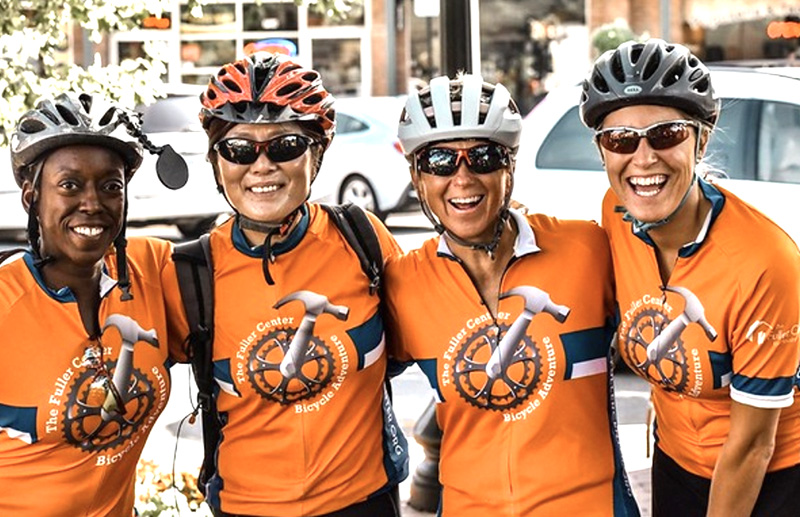 AMERICUS – On Friday, June 4, a group of at least 20 volunteer cyclists representing the Fuller Center will be riding into and stopping in Americus as part of the Fuller Center Bicycle Adventure: a 3,750-mile cross-country bike ride from Amelia Island, FL to Florence, OR. These volunteers are riding in an effort to raise money and awareness for the Fuller Center for Housing (FCH), whose international headquarters is located at 701 South Martin Luther King Jr. Boulevard here in Americus.

According to the FCH website: www.fullercenter.org, the Fuller Center for Housing is a faith-driven and Christ-centered organization that promotes collaborative and innovative partnerships with individuals and organizations in an unrelenting quest to provide adequate shelter for all people in need worldwide.

According to Iafigliola, the group of riders touched the water of the Atlantic Ocean before leaving and the group is expected to arrive in the coastal town of Florence, OR on August 7, where they will touch the waters of the Pacific Ocean.

“Since this trip was originally scheduled for last year, many of these riders have been waiting a very long time for this moment due to COVID,” Iafigliola said. “ They all not only ride the miles, but they also stop to work on the homes of families in need of a helping hand, including stops this week in Albany and Americus.”

Fuller Center for Housing Vice President for International Programs Ryan Iafigliola, who began the Fuller Center Bicycle Adventure some 14 years ago, is seen here hoisting his bike on the beach at Amelia Island, FL just before his group of volunteers embarks on it’s 3,750-mile bike ride across the country to Florence, Oregon.
Photo by James Hourigan

Iafigliola went on to say that all the riders have raised funds from family, friends, and their churches to make the work possible and that the riders stay at churches everywhere they go. “The hospitality in Georgia so far has been amazing,” Iafigliola said. “Staying in churches, many of whom feed us, lets the funds we raise go towards the mission. You could call it a mission trip on bicycles.”

Iafigliola went on to say that every year, he and his staff not lonely look for cyclists, but also for volunteer support drivers and media interns. “Of course, donations are always needed and welcome, so there are many ways to get involved and make a difference,” Iafigliola said. “On a journey across the country, it’s great to ride through the Fuller Center’s home area. This will be a highlight for many of our riders.”