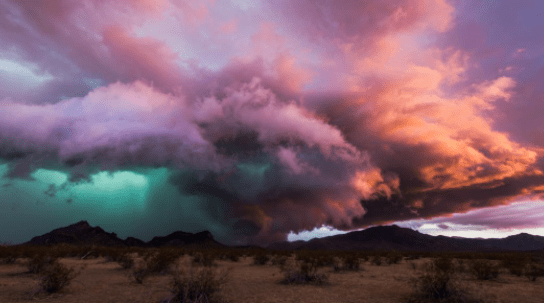 I started brewing storms when I was in the second grade. Storms are like great symphonies, they come in light and delightful, bringing with them a soul stirring. Mild but moving, winds are usually the first sign something is coming. Clouds grow in their heaviness, until a wildly welcomed shade covers the summer day. The winds pick up and trees begin to dance. The first of fat drops prematurely fall onto the day, it is but a taste of what is coming. The bass picks up. Thunder is unwieldly and makes itself known from miles away. Eventually thunder will get here and demand to be center stage. The symphony will be all about thunder having his way. Brewing up a storm is a big task for a second grader, but I can be found dancing around in the yard, hands raised much like a conductor calling forth the sounds of a symphony. Twirling always make the winds grow. As I spin, the trees start to bend. Waving my arms in beckoning motions, I call forth beautiful grey and purple clouds. As darkness comes,  the South Georgia heat relents to my determination. I have called forth wind and clouds, and with leaping I make way for thunder. Between the running and the launching into the leaps, the rain finds its way to me. Thunder is no ninja, he is coming in, cumbersome and threatening as he presses down, sending many to take shelter. I completed my challenge. The storm I brewed poured itself out on my little space, I am indeed mighty.

Second graders have an infinite amount of power. And imagination. You and I both were warriors at eight years old. Our imaginations are still wild and untamed at eight. Life had cost us nothing precious. We go full throttle into the day. Extraordinarily little time is spent fretting and worrying. We are mighty, just as we should be.  These are precious days and for decades we will tell of them. Last night my nearly 80-year-old daddy told of his elementary days. Climbing trees with his brothers was a favorite mission. He spins a story of a particularly aggressive mockingbird who felt the Hall brothers had come too close to her nest. Heads covered; they fled the scene having survived a battle made for an eight-year-old boy. Mama joins the story telling by letting us know she had spent a significant number of days knowing she was but one perfect effort away from flying. Turns out her brother, Robert, helped sell her on this idea and offered her “pixie dust.” Doused in the dust, she took to the picnic table and lifted off. Gravity will have its way, but for a moment there, she was flying. Brewing storms, battling with something fierce and wild, napping on clouds, these are the things an eight-year-old can do. Eight-year-olds are titans, and we grow homesick for them as our birthdays pile up.

As COVID-19 was making its face known, President Trump took to the television. I remember him using the word “warrior.” A few weeks later he repeated the word in another press conference. Not hearing the word often, I soaked it in. I remember how it brought up the ideas of bravery, of freedom, of finely tuned skills, of a battle worthy of our efforts. I filed the word away; I would come back to visit this idea. I somehow knew I would need it to come through for me on another day. As COVID-19 was hitting a high mark I received a call from a childhood friend, Zac. He is one of my favorite people and some bumpy things had come up on his path. Not huge things, at least they weren’t huge on the day of the first call. However, as the days passed, Zac would be called to fight for everything he held dear. Everything. In some things, I had firsthand knowledge of the battle he would be up against. This is when I knew why the word “warrior” had lingered in the power of a gift. Warrior was Zac’s calling. I told Zac he would have to be no less than a warrior every single day as he traveled this path. Nothing less was going to pull him through. He would need to be wise in choosing his armor. He would need to train and train hard to accomplish the mission in front of him. Somehow, Zac knew it too. The battle was complicated, heavy, costly and exhausting. He would keep his eyes looking forward and he would fight hard, because to lose this battle meant he lost everything. I would check in with Zac multiple times a day. Every hour brought a new prognosis. I asked how he was making it through. He told me, “Tracy, every day I get out of bed. Every day I put my armor on. Every day I go to battle. Every night, I take the armor off and go to bed.” Warrior stuff. Every rich moment lived into fully, no skipping a breath. Not because he chose to, but because there is no other choice.

Recently I had a similar experience. The word came back to me, “warrior.” I wore the word as my name. My experience was different than Zac’s in many ways. Whereas Zac was battling to maintain precious things, I was the exact opposite. If I couldn’t prove myself the warrior, I would be living forever in a mire which had cost me too much. I had to leave this behind. I had lost myself. I had forgotten who I was. I was in danger of making my home in this space which was much too small for me. If I couldn’t live into my warriorhood, I would find myself forever living a half-life. I had to have something new and to get to new, I too had to armor up and fight to get out of this place. Two different battles with two different goals, but they both called for a warrior. It was Zac’s turn now; he would check in on regular basis. He would ask how I was doing. I would tell him, “Every day I get out of the bed. Every day I put on my armor. Every day I go to battle. Every night, I take the armor off and go to bed.” Warrior stuff. Every rich moment lived into fully, no skipping a breath. Not because I chose to, but because there is no other choice.

In many ways, Zac’s warriorhood required him to grow into lessons he had never learned before. Zac was required to go into new frontier. My warriorhood required me to return to an eight-year-old Tracy. I needed her might, I needed her determination, I needed her ferocious ability to live into her imagination.  Zac fought his battle well, and everything stolen has been returned. Even better, Zac enjoys a better version of what was lost. He marinates in gratitude for his battle. I am not there yet, but my eyes are on the horizon. I still must armor up to go back to find the eight-year-old Tracy. And I see her there, right where she belongs, brewing up storms. Zac and I are okay sharing the warrior title. Last week he sent over a quote. “Fate whispers to the warrior, ‘you cannot withstand the storm.’ And the warrior whispers back, ‘I am the storm.’” With Zac’s message, I could see myself brewing storms. Although she won’t stay long, Young Tracy does offer me a lingering moment every so often. I listen to her, and she reminds me, other warriors will settle for being the storm, but not me. I’ve always been the one who brews up the storm in the first place. So today I will get out of bed, put on my armor and brew up the perfect storm. Que the symphony, a warrior is starting her day.