Lady Raiders unable to generate offense in loss to Valwood 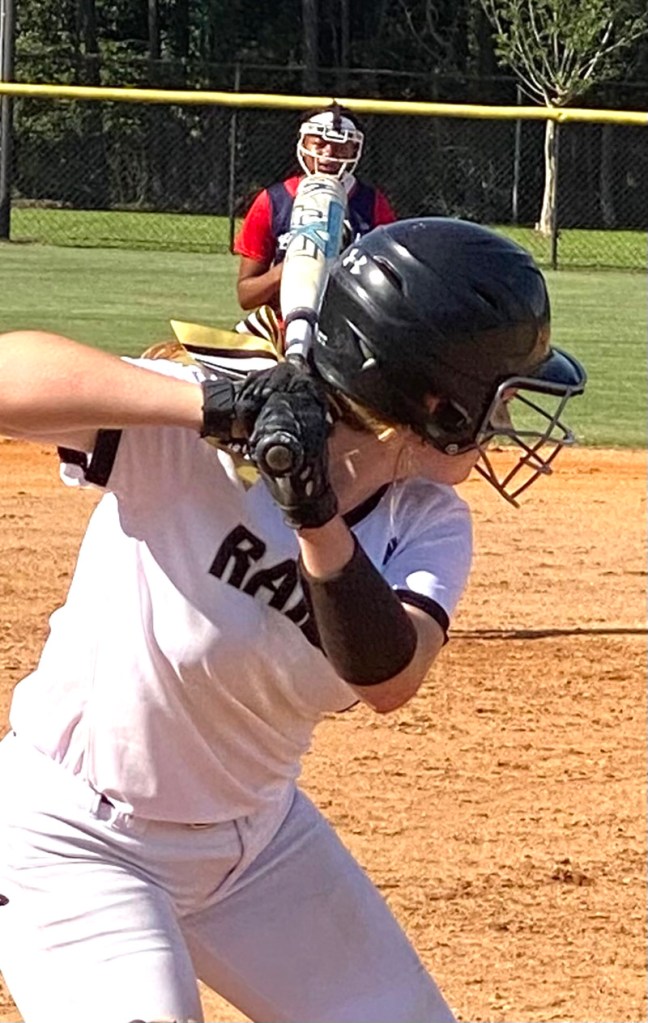 VALDOSTA – Fresh off it’s 16-8 victory over Brookwood on Monday, August 23, the Southland Academy Lady Raider Softball Team (SAR) made the two hour trip down to Valdosta in hopes of scoring another important GISA Region 3-AAA victory over the Lady Valiants of Valwood (VS).  However, the Lady Raiders struggled to generate offense against VS starting pitcher Camden Anders, who gave up four hits and struck out 11 SAR batters to help lead the Lady Valiants to a 5-1 victory over SAR on Thursday, August 26 at the Valwood School.
Another factor in the Lady Raiders’ loss was their struggles in the field, as they committed five errors on the day.
Maddie Godwin led the SAR offense by going 2 for 3 at the plate and both T.J. Bowden and Landry Hart had SAR’s other two hits.
Ila Johnson got the start in the circle for the Lady Raiders.  In a little over four innings of work, Johnson gave up five runs on four hits, walked three batters and struck out four.
Chelci Woody came on in relief of Johnson and gave up no runs or hits in a little over an inning of work.
The Lady Valiants got on the board first in the bottom of the first inning when Anders belted an RBI triple to right field.  Then in the bottom of the fourth, VS added another run when Aahna Mattis reached on an error that allowed Anders to score.
However, the inning that sealed the Lady Raiders’ fate was the bottom of the fifth.
In that inning, VS scored three runs on one hit and took advantage of three errors committed by SAR.
The Lady Raiders were able to respond in the top of the sixth when Bowden drove in Morgan Minick on an RBI double to centerfield, but that would be the only run of the game for SAR.

Anders had not only a great day in the circle for the Lady Valiants, but also a great day at the plate as well. She went 3 for 3 with an RBI triple and scored two runs.
With the loss, the Lady Raiders fall to 3-3 overall and 1-1 in region play, while the Lady Valiants stay undefeated on the season at 4-0.
The Lady Raiders will try to get themselves back in the win column when they host Gatewood in a doubleheader on Saturday, August 28 at 2 p.m. and 4 p.m.