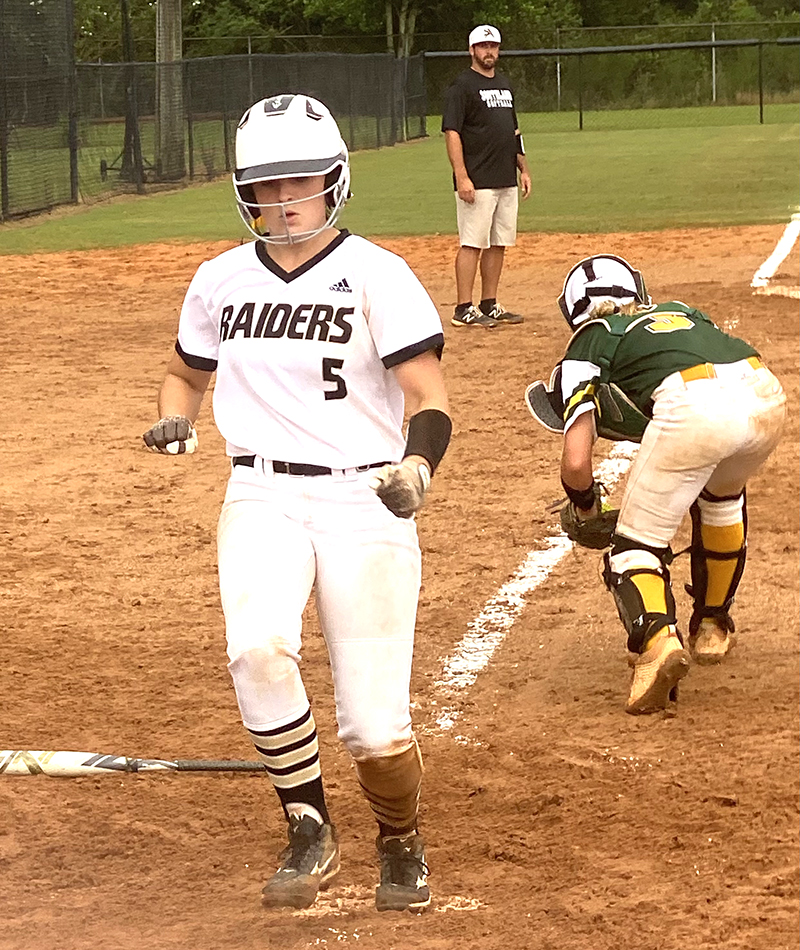 Southland Academy’s Morgan Weaver scores a run during one of the Raiders’ two games against Gatewood this past Saturday. The Raiders’ home contest against Terrell Academy, which was scheduled for this afternoon at 4 p.m., has been postponed until Monday, September 27. Photo by Ken Gustafson

The Raiders (4-4) recently split a doubleheader against Gatewood this past Saturday, losing Game 1 by the score of 15-8 and winning Game 2 in dramatic come-from-behind fashion by the score of 11-10.

The Raiders’ next game will be on Thursday, September 2 at Tiftarea Academy in Chula, GA. First pitch is scheduled for 6 p.m.