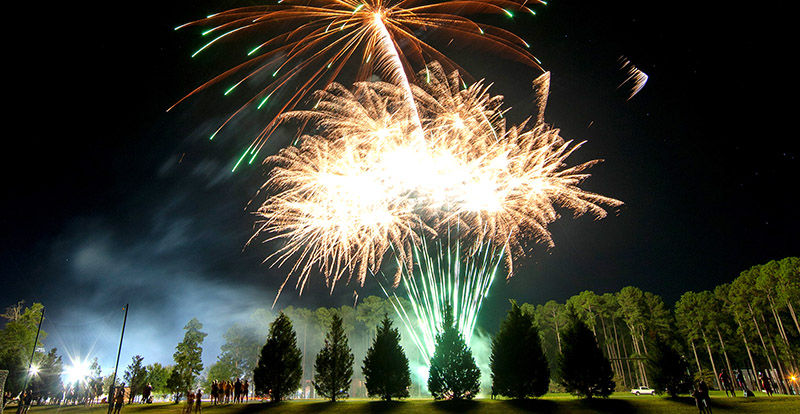 The fans who attended both the GSW men’s and women’s soccer games on Thursday evening, September 3, were treated to a fireworks show after the men’s match. The Lady Hurricanes defeated Albany State 3-0 and the Hurricanes came from behind to beat Middle Georgia University 3-2. Photo by Christopher Finn

AMERICUS – The Georgia Southwestern State University (GSW) men’s and women’s soccer teams completed an opening night sweep over Middle Georgia and Albany State. The women started the night off with a 3-0 victory over the ASU Rams and the men’s team, down 2-0 at halftime, staged a come-from-behind victory by scoring three goals in the second half to defeat MGU 3-2. 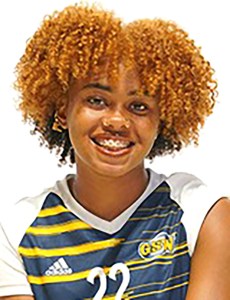 GSW freshman forward Zyandra Thomas scored a goal in the 12th minute and tallied an assist in the 20th minute in the Lady Hurricanes’ 3-0 win ovr Albany State.
Photo by Christopher Finn

In the women’s match, GSW freshman goalkeeper Grace O’Shaughnessy earned her first clean sheet (shutout) of her college career. Zyandra Thomas led the team in scoring with one goal in the 12th minute and one assist in the 20th minute. Natalie Martinez (20th minute) and Jordan Plewke (77th minute) added to the scoreboard with one goal each. The Lady Canes had 18 shots in the match, with 13 of those being shots on goal in a dominant performance at both ends.

The men battled back after a slow start in the first half to defeat Middle Georgia 3-2. Each team had six shots a piece in the first half, but the Hurricanes weren’t able to take advantage of their chances and went into halftime trailing MGU 2-0. 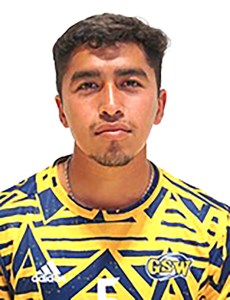 However, things changed in the second half as GSW came out swinging. In the 51st minute, junior midfielder Maury Ibarra scored the Hurricanes’ first goal of the match off an assist from sophomore forward Jack Malleret. Then in the 64th minute, Malleret gave GSW the equalizer, tying the game up 2-2.

With just under 12 minutes left in the game, Vincent Montoya and Chris Salamatou paired up for the game-winning goal to complete the second-half comeback over the Knights.