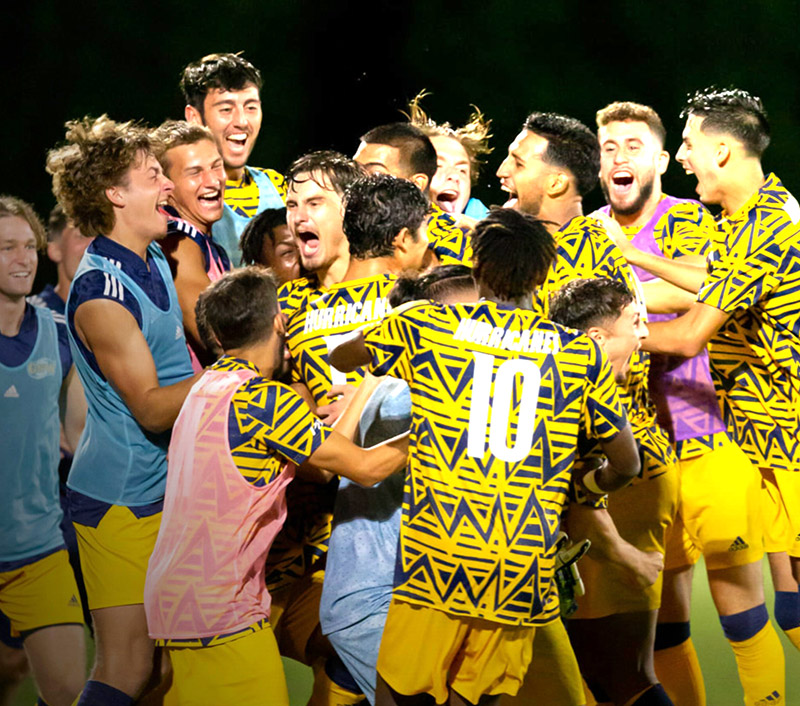 The GSW Men’s Soccer team earned its first victory over USC-Aiken in program history when the Hurricanes defeated the Pacers 1-0 on a goal scored by Grant Auer in the 64th minute of the match on Saturday, September 18 in Aiken, S.C. Photo by Christopher Finn

AIKEN, S.C. — The Georgia Southwestern men’s soccer team defeated USC Aiken on the road Saturday evening 1-0. The game-winning goal was scored by Grant Auer in the 64th minute and it was assisted by Nicholas Sciarra. The win marks the first road victory over USC-Aiken in GSW program history and the first road win and conference win this season.

The win improves GSW’s overall record to 3-2 on the season and 1-1 in Peach Belt Conference play.

The Hurricanes will play next against Clayton State on Wednesday, September 22 at Hurricane Field. Kickoff is scheduled for 7 p.m.