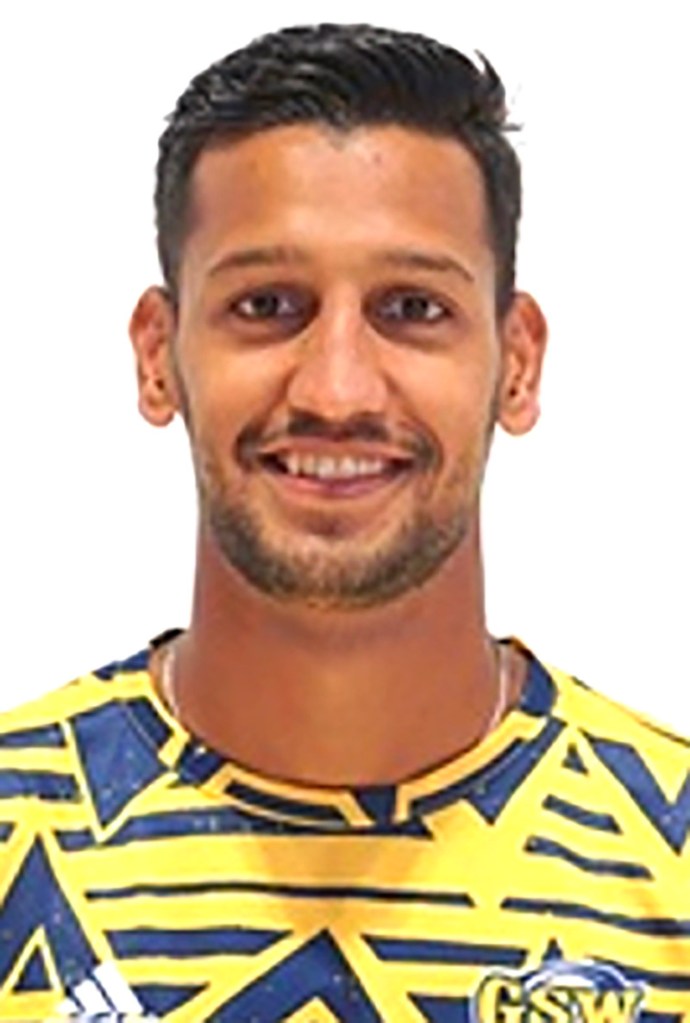 GSW Junior Centerback Mohammed Amine Mahrous scored on a header in the 30th minute to help lead the Hurricanes to a 2-1 victory over the University of South Carolina Aiken on Saturday, October 9 at Hurricane Field. Photo by Christopher Finn

AMERICUS — The Georgia Southwestern State University men’s soccer team defeated USC Aiken for the second time this year when the Hurricanes took down the Pacers 2-1 on Saturday, October 9 at Hurricane Field on the GSW campus. The game was tight throughout and it was a very physical battle on both sides.

Earlier in the season, GSW defeated the Pacers 1-0 in Aiken, SC on a goal by junior centerback Grant Auer.

With the win, GSW improves its overall record to 5-4-1 and is now 3-3-1 in the Peach Belt Conference.

The Hurricanes took an early 1-0 lead in the 30th minute on a header by junior centerback Mohammed Amine Mahrous. It was Mahrous’s first goal of the year and it came off a cross into the box by Jose Menteagudo.

The Pacers battled back and tied the match at 1-1 in the 64th minute when Wynston Johnson took advantage of a defensive miscue by the Hurricanes and found the back of the net. However, the Hurricanes regained the lead when Cole Davison scored the game-winning goal in the 66th minute.

GSW will look to make history at Clayton State on Wednesday, October 14 at 5 p.m. A win over the CSU Lakers would give the 2021 GSW Hurricanes the record for most wins in a season.

Information in this article was obtained from both the GSW and USC Aiken athletic websites: www.gswcanes.com and www.pacersports.com.