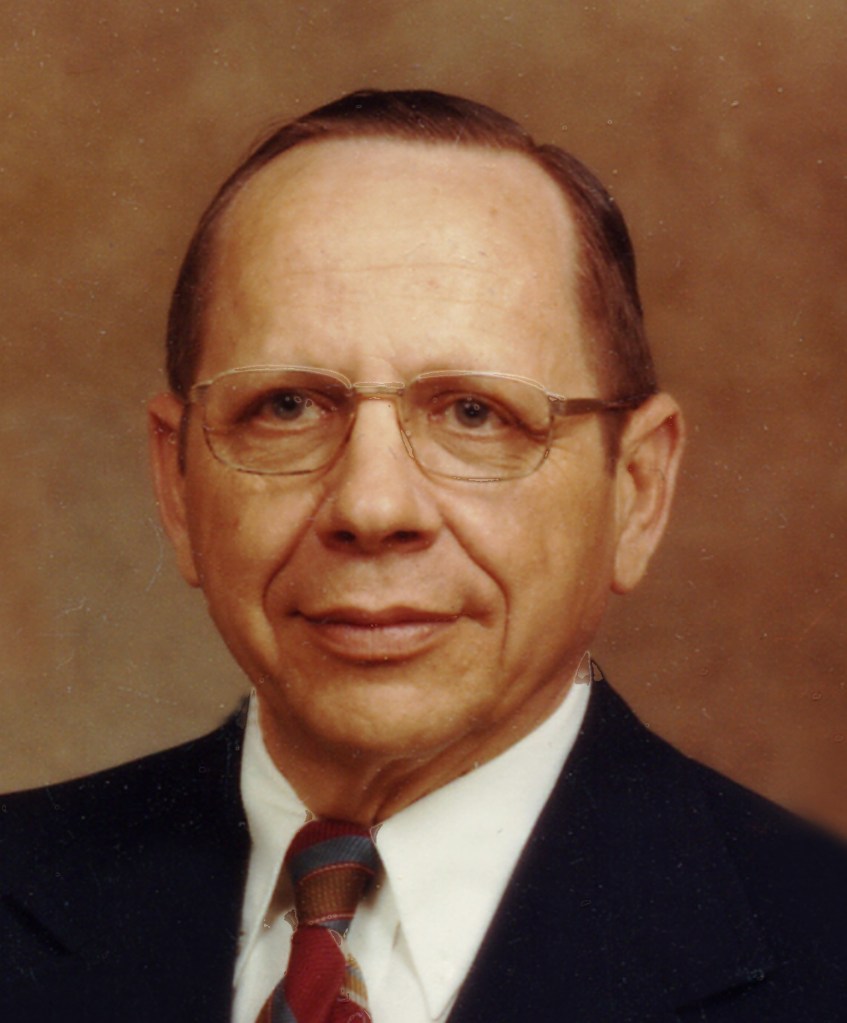 Herbert “Herb” Clopton Aycock, 96, of Elgin, passed away on Sunday, October 17, 2021. Born in Springvale, GA on October 12, 1925, he was the son of the late Raymond H. and Mabel C. Aycock. Herbert grew up in Cuthbert, Randolph County, GA. He had two brothers, Daniel and Thaddeus. He was drafted into the Army in 1944 and served 30 months in France and Germany. Herb participated in the “Battle of the Bulge” and was indeed a member of the ‘greatest generation’. Herb married his first wife, Dorothy “Doris” Countryman on March 20, 1949, and they eventually settled in Atlanta, Georgia.

Herb graduated from the University of Georgia with a Bachelor’s degree in Business Administration on August 22, 1952. He was also first in his class for his accounting major. He went on to earn his CPA, and began practicing as an accountant with Cosmos Broadcasting, the company that owned WIS-TV in Columbia at that time. Herb and Doris were blessed with two boys whom they adopted in the 1970’s, Raymond and Michael. After his retirement, he pursued his hobby of collecting antique pocket knives. He started a business of cleaning and restoring older pocket knives, which he ran for 15 years. Herb was featured in a national knife collecting magazine and had many fellow collector friends and contacts throughout the country, including his special friends Tony and Bettye Foster of Charleston, SC.

Herb and Doris joined St. John’s United Methodist Church in Lugoff around 1972, where they remained active for several years. Herb was a Sunday School teacher and Lay-reader in the church for over 30 years, and his leadership helped spur significant growth within the church.

His first wife, Doris, died on September 17, 2003 at the age of 79. Herb then married his second wife, Josette Modolo, whom he had met in France during WWII. They were married for 10 years before Josette decided to return to France. She passed away in 2019. Herb spent his final days in the excellent care of two skilled-nursing facilities: The Haven in the Summit and The Blake at Woodcreek Farms.

In addition to his parents and his first wife, Herb was preceded in death by his son, Michael Aycock; and brothers, Daniel and Thad Aycock. He is survived by his son, Raymond Aycock of SC; as well as several nieces, nephews, and cousins. His main family today are Quinn and Jay Wilkinson, who began overseeing his care in earnest three years ago. Herb’s Sunday School class was also like family to him.

Funeral services will be held at 2:00pm on Friday, October 22, 2021 at St. John’s United Methodist Church, Lugoff, officiated by Rev. Barbie Parsons. The family will receive friends at the church an hour prior to the service, beginning at 1:00pm. Burial will be held at a later date beside his first wife, Doris, in Oak Grove Cemetery, Americus, GA.

The family would like to extend a special thank you to Right At Home homecare services, and to Chaplain David Deming and the entire staff at All Seasons Hospice for their compassionate care of Mr. Aycock.