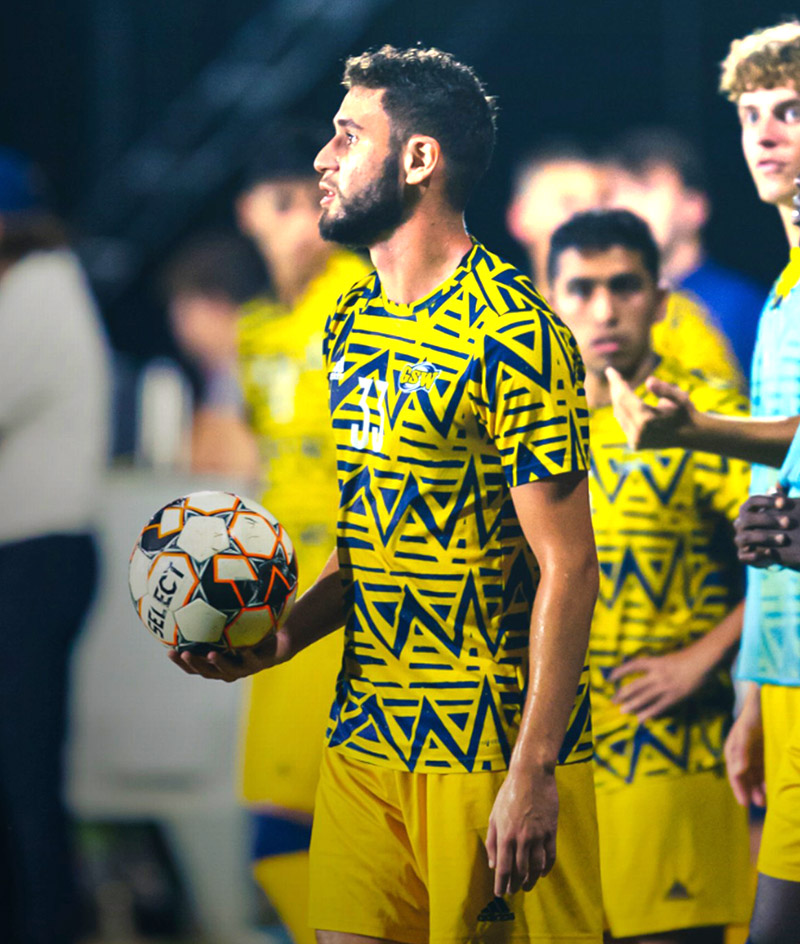 GSW Sophomore Centerback Pierre Rabbath is about to execute a throw-in. Photo by Christopher Finn

ST. AUGUSTINE, FL – The Georgia Southwestern Men’s Soccer team lost at Flagler College 3-2 Wednesday Night, October 27, at the FC soccer complex in St. Augustine, FL. It was the final game of the regular season for the Hurricanes and they finish the regular season with an overall record of 6-8-1 and a Peach Belt Conference record of 4-7-1.

The Hurricanes took an early lead in the 14th minute when Cole Davison volleyed the ball into the top of the net off a corner from Nicholas Sciarra. 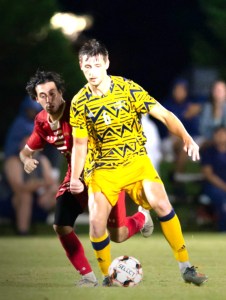 GSW Junior CM Cole Davison scored the opening goal of the match in the Hurricanes’ 3-2 loss at Flagler College.
Photo by Christopher Finn

However, the Hurricanes were unable to get the equalizer and went on to lose to the Saints 3-2.

Information in this article was obtained from the GSW athletic website: www.gswcanes.com.