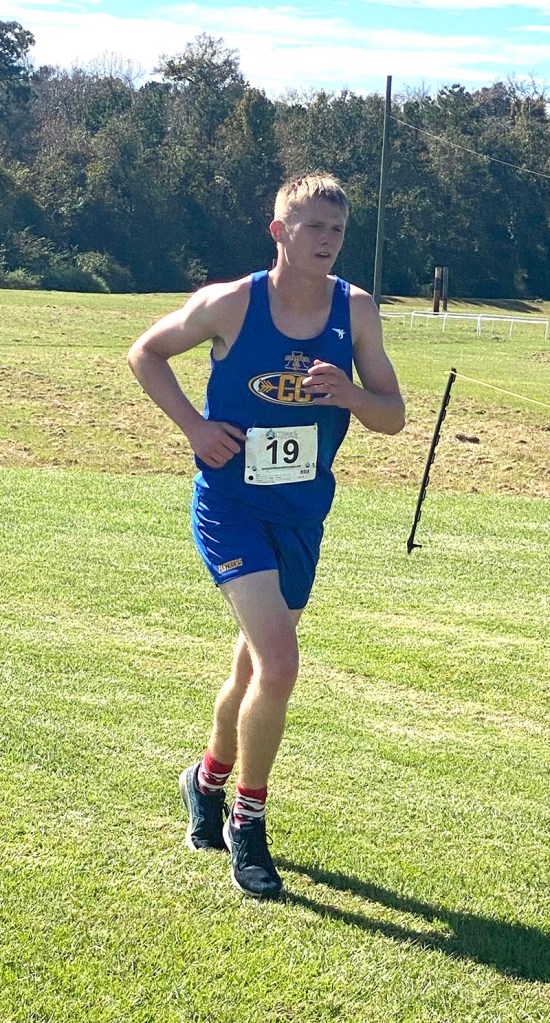 Mary Persons was the region runner-up with 63 points and Pike County won the region meet with just 20 points.  In Cross Country, the team finishes at or near the top by accumulating the fewest points possible.

SCHS senior Griffin Toms was the first Panther to cross the finish line. Toms finished in 31st place in a time of 21:25.09. Sawyer McGinnis of Crisp County won the race to claim the individual region championship and finished in a time of 16:40.85. Aiden Potter of Pike County finished as the region runner-up with a time of 17:29.68.

Two weeks prior to the region meet, Toms and the Panthers competed in the Crisp County High School Invitational on Saturday, October 9. In that meet, Toms finished the race in a time of 21:44.00.

“I felt like it was a bit easier this time because I could analyze it, but at the same time, it was even harder because it was, like, actually the real deal,” Toms said. “Even though I’m not going to state, this is my last year and I feel like that this course was a bit easier to run it.”

According to Toms, his senior cross country season did not turn out the way he wanted it to, but he enjoys the sport so much that he would like to compete at the college level. “Even though it was my last race, I’ve been enjoying this sport for so long. I hope that I can go to college,” Toms said. 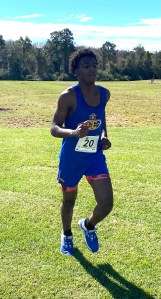 Sumter County senior Elijah Westbrook is seen here approaching the finish line at the GHSA Region 2-AAA Meet at Crisp County High School. Westbrook finished in the race in a time of 25:38.07.
Photo by Ken Gustafson 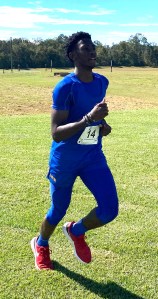 The Panthers did not qualify for the state meet as a team and had no individuals to qualify either. However, many of these runners will now turn their attention to other sports, such as basketball and track.