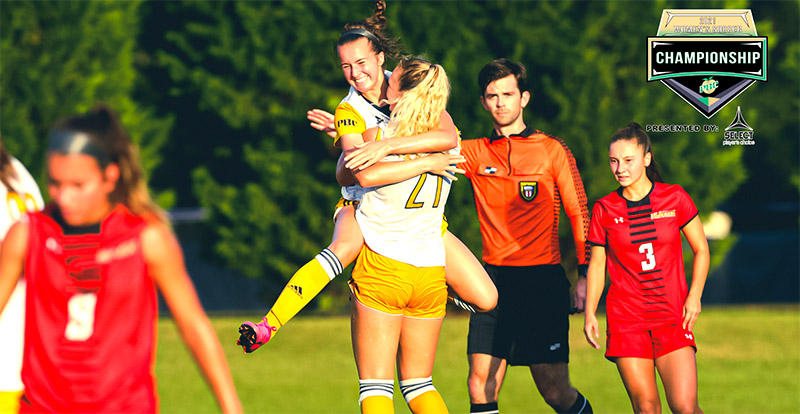 GSW freshman Grace Grech is seen here celebrating with a teammate. The Lady Hurricanes have clinched their first-ever berth into the Peach Belt Conference Tournament and will face Columbus State in the first round of the tournament on Saturday, November 6, at 3 p.m. Photo by Christopher Finn

AMERICUS – The Georgia Southwestern women’s soccer team will continue the program’s best season in school history when the Lady Hurricanes compete at top-seeded Columbus State on Saturday, November 6, in the first round of the Peach Belt Conference Tournament.

This is the first appearance all-time for the Lady Hurricanes (7-7-1) in the PBC Tournament and they have won two more games than the previous program high, while playing five fewer games in Head Coach Kerry Edwards’s first year at the helm.

They will head to up to Columbus, GA to take on the Cougars (16-1-1) for the second time this season. The Cougars are ranked seventh in the country and are the top seed in the PBC tournament. Kickoff for Saturday’s first-round game is scheduled for 3 p.m.