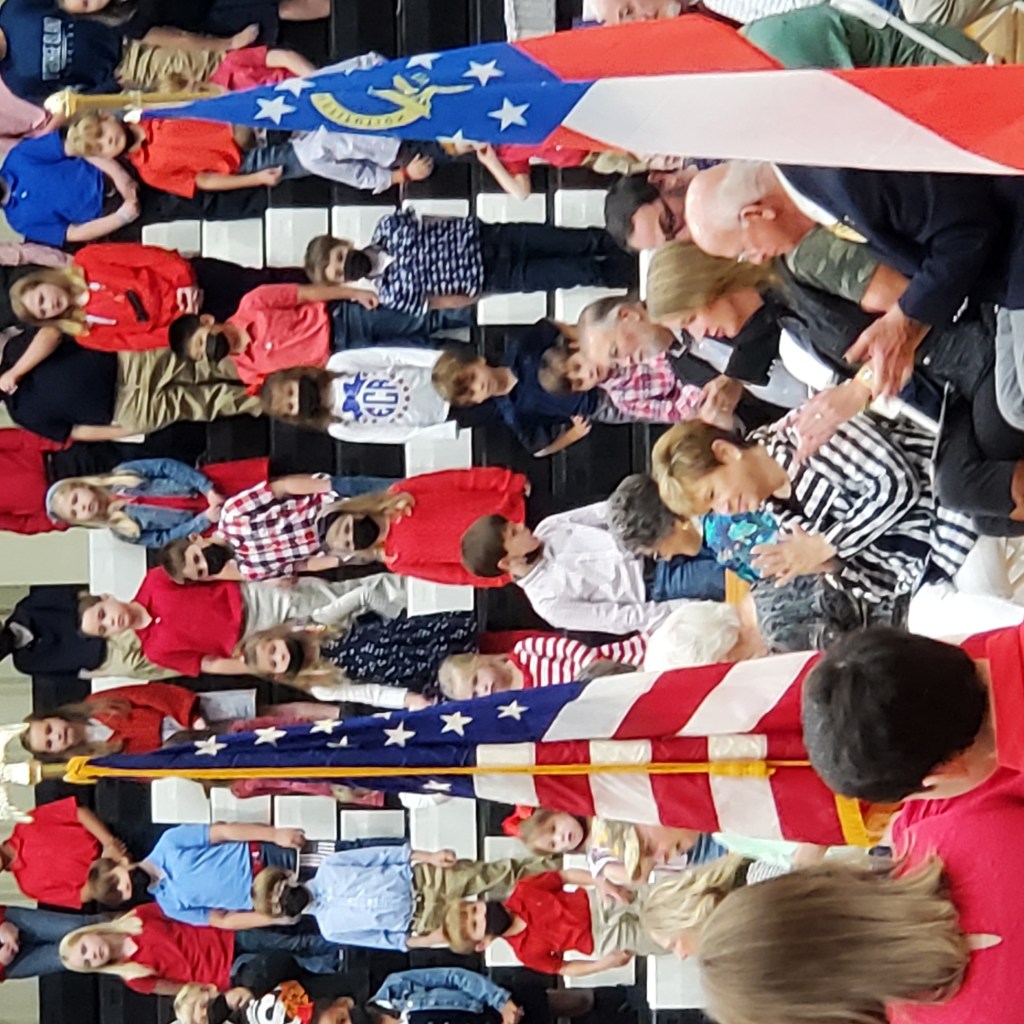 Southland Academy celebrates excellence on a day-to-day basis. Everyday the staff and students of Southland are reminded their goal is to be “committed to excellence.” While being a Southland student and alumni means dedicating yourself to excellence on a daily basis, on November 12, 2021, the investment into excellence showed its face as a celebration for veterans. The honor, respect, dignity and excellence which Southland is known for was brought as a gift to those who offer their lives in service to this country. The honored sat in a place of distinction and the hour was about celebrating who they are. Students entered the Melvin T. Kinslow gym in a parade with hand-held American flags waving as they found their seats. Students proudly posted the Colors, and the band offered several patriotic musical numbers throughout the ceremony. The band was not the only musical thanksgivings given, as several songs were offered by student soloists. The entire lower school offered their voices in unison in celebration of the veterans and freedoms the United States of America offers. By way of introduction, a pianist played each branch of the military’s song. As the melodies from Army, Air Force, Marines, Coast Guard and Navy were played, the veterans who served in the specific branches would take to their feet. 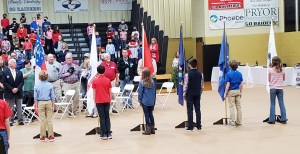 Posting of the Colors

Ever seeking a way to further educate, Southland gave the students an opportunity to share their knowledge of Veterans Day. The selected students also sat in a place of distinction and each speaker had prepared their words carefully and intentionally. Inside of matching black portfolios, was the student’s reading. They took the podium as their time came. While it might be expected youth of this age would shyly read their offerings, the students boldly took their stand and presented their information in an engaging manner rarely seen in adults, much less elementary students. Perhaps because they were speaking to the best among us, they invested their best in their presentations and in their decorum. Guests learned more about the history of Veterans Day, the Presidential Proclamation of the day, POW/MIA service members and the history of Taps. Taps was then played by Matthew Peck and Chet Toms. 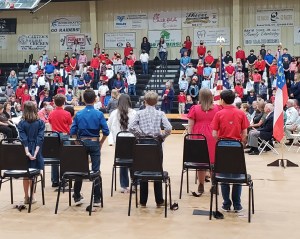 Leaders of the program had special seating

Lieutenant Colonel (Ret.) Brian Lassetter of Colquitt County brought special words to the crowd. He spoke of some of his military experiences and highlighted discipline as being one of the major traits of service men and women. Lt. Col. Lassetter engaged the students and encouraged them to learn the importance of teamwork. In creating teamwork, he remarked on the need for strong and healthy relationships. He ultimately described relationships with others being firmly rooted in a personal relationship with Christ. The students where very mindful of the Lt. Col. and offered wide eyes and open ears to learn more of what it takes to be successful in military life. Offering a closing prayer to the event, Mike Guthas, Spec.4, Army Preparatory Training Teacher, took the floor. Lower School Director, Laura Kinslow offered thanksgiving for both the students and guests, and the program concluded with another song from the students. 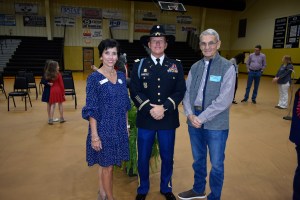 Southland is a Sumter County treasure. Chartered in 1966, the mission of the school is “to provide a firm foundation on which each student can build a strong mind, body, and spirit.” For over 50 years, Southland has been contributing to our community and beyond by developing strong young adults. Having spent but only an hour with the Lower School of Southland it is evident this strength is procured at a very young age. Those students taking a leading role in the program included Anna Beth Brady, Ansley Chestnut, Hampton Lloyd, Peter Minor, Matthew Owens, Dylan Palmer, Andrew Smarr, and Wyatt Stanley, who posted the Colors. Sophia Leverett offered the opening prayer, Lilly Durna led the Pledge of Allegiance and Alana Blankenship led the National Anthem. Matthew Wall and Lucy Roth presented the history of Veterans Day. Sara Lane Fussell read the President’s Proclamation and Kathlyn Short welcomed and recognized the veterans. Olvia and Davis Smith as well as Sloan and Charlotte Arnold presented the veterans with keepsakes. John Fukunaga introduced Lt. Col. Lassetter, James Graft recognized the POW/MIA and Haddon Collins presented the history of Taps. In additional to musical numbers presented by the band, and a special presentation by the drum line, soloist for the day included, Hunter Elizabeth Boren, Paul Grimes, Addy Harrod, Kayden Miller, Elliot Ferguson, Hudson Goodin, Maison Duke, Claire Fletcher, Anna Gail Hammack and Ella Reid. It is with excellence Southland Academy sets about their day. They very intentionally lay firm foundation in and for Sumter County. Just as the lower school students did, may we all be so wise as to have open ears and wide eyes to see the excellence which lives in our little village.

Notice of alcohol license applied for