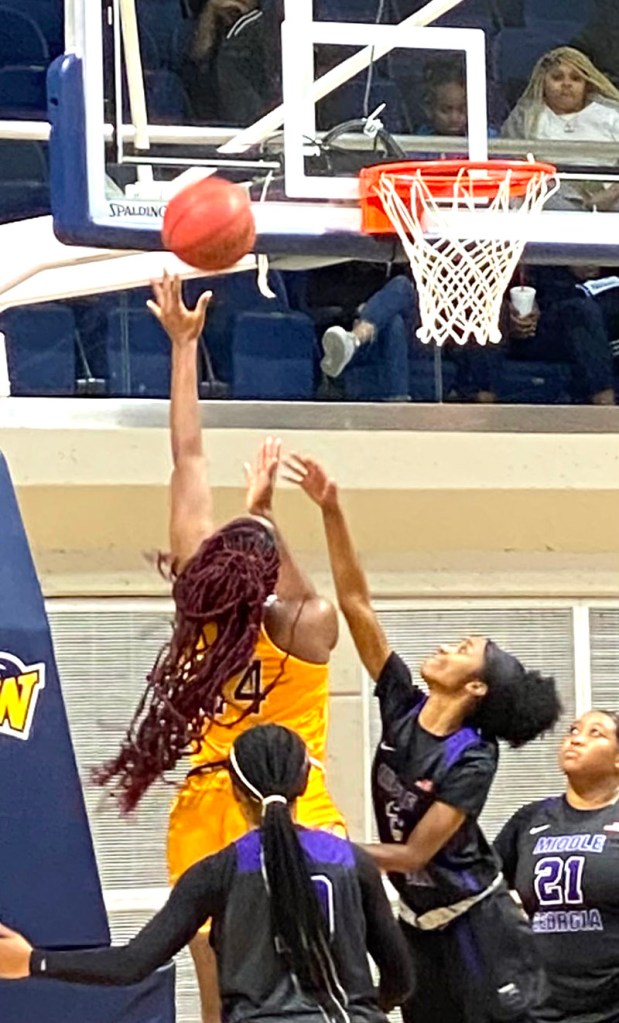 While GSW Head Coach Justin Payne was obviously happy with the victory, he was also very pleased that his squad was able to transfer the type of effort and style of play that it had been working on in practice on to the court at game time. 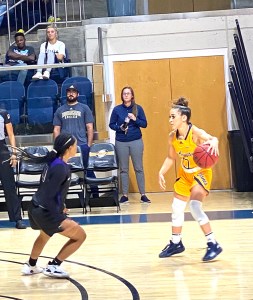 GSW dominated from tip-off to the final horn and opened the Storm Dome with its third straight win of the season. The Lady Hurricanes never trailed in this game and their largest lead of the night was 54 points at one time.

The defense got GSW rolling in the first half, as the Lady Hurricanes held the Knights to 11 and 12 points respectively in the first and second quarter. The Lady Hurricanes used their defense to create their offense. In total, they forced MGS into committing 23 turnovers for the game and converted 27 points off those turnovers. By halftime, GSW had a 56-23 lead. 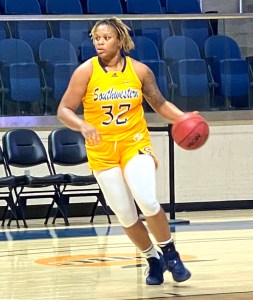 The second half was much like the first, as the Lady Hurricanes dominated the boards with a team total of 67 rebounds. Of those 67 rebounds, 25 of them were offensive rebounds and they were turned into 21 second-chance points.

GSW (3-0) got point production from 11 different players, with Kayla Langley leading the team in scoring and rebounding for a double-double (17 points, 13 rebounds). Ava Jones and Alyssa Nieves followed with 15 points each and Simone Lett scored 13 points in the winning cause.

Kassidy Broussard led MGS in scoring with 14 points and Jessica Belcher chipped in 12 in the losing cause. 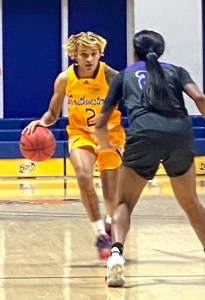 The Lady Hurricanes will look to continue their hot start when they make the trek down US Highway 19 South to Albany to take on the Lady Rams of Albany State on Saturday afternoon, November 20, at 2 p.m.