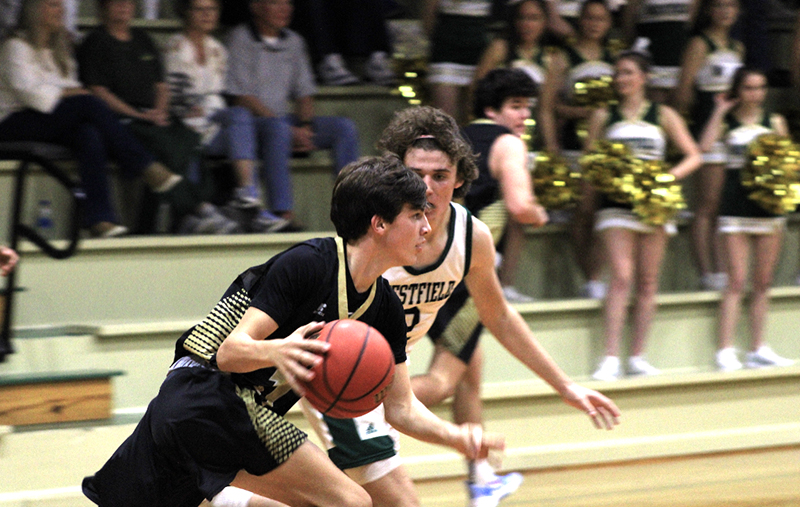 Southland Academy sophomore guard Banks Simmons pushes the ball up the court against the Westfield Hornets. Photo by Kayla Hudgins

PERRY, GA – the Southland Academy Varsity Boys Basketball Team (SAR) got the 2021-22 season off to a good start when they traveled up to Perry, GA and defeated the Westfield Hornets 53-30 on Tuesday, November 30.

With last year’s senior leaders, Max Foster, Owen Exley and Nathan Duke lost to graduation, it was time for last year’s juniors and underclassmen to step up and take more of a leadership role, which they did on Tuesday night.

Cedric Smith led all scorers with 14 points and Luke Exley poured in 10 for the Raiders in the winning cause. Hudson Collins also had a solid game, as he dished out five assists and held the Hornets’ best player to just 10 points.

“I was pleased with the effort we showed for the first time out, and only three practices,” SAR Head Coach Rundy Foster said. “I thought our defense was right where it needed to be for this time of the year. Everyone on our team has a chance to contribute each time we play. It was a good start to the season.” 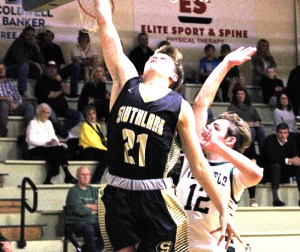 With a win to open the season under their belts, the Raiders will now focus their attention on Covenant Academy; a team they will face on the road in Macon on Thursday, December 2. The Rams are currently 3-0 on the season with wins over Griffin Christian (68-53), Citizens Christian Academy (66-63 OT) and Griffin Christian again by the score of 48-46. Tip-off for Thursday night’s game in Macon is scheduled for 7:30 p.m.