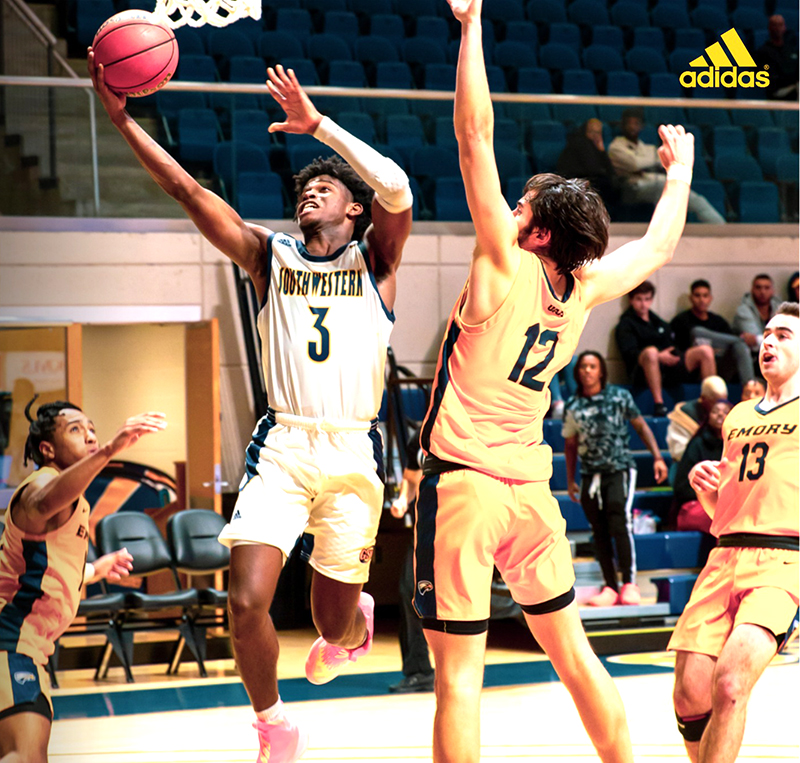 GSW sophomore guard Jarett Adderton led the Hurricanes in scoring with 33 points on 9 of 13 shooting from beyond the arc in GSW’s 80-72 victory over Johnson C. Smith University at the Lander University Classic in Greenwood, S.C. Photo by Christopher Finn

GREENWOOD, S.C. — The Georgia Southwestern State University Men’s Basketball Team (GSW) defeated Johnson C. Smith University 80-72 on Sunday afternoon, December 5 thanks to an electric shooting performance. The win was the second game of a back-to-back at the Lander University Classic. The first half was back and forth as the Hurricanes were fairly even overall barely edging out the Golden Bulls for the halftime lead.

The second half was the Jarrett Adderton show, as he scored 24 points in the second half with six made from three. Adderton was 6-6 from the line in addition to being the leading scorer in the first half coming off of the bench. The Hurricanes were able to pull away in the second half primarily due to them winning the turnover battle and Adderton’s hot shooting performance.

Devon Higgs was the defensive anchor for the Hurricanes late having four steals and one block in the second half.

The Hurricanes look to keep their momentum going as they head on the road on Tuesday night, December 7 to take on the Fort Valley State Wildcats. Tip off for that game is scheduled for 7:30 p.m.