Ann, age 77, passed away at her home surrounded by her daughter and son, on Friday, December 3rd, 2021, after battling a respiratory illness for several weeks. A native of Preston, she was born to the late  Bub and Kathleen Hamlin on December 26, 1943, just one day after Christmas, which would later become her signature holiday.

Ann was raised right alongside her cousin, Robin Burks, and graduated from Webster County High School, Georgia Southwestern University, and Florida State University where she earned her Masters in Social Work. While in high school & college, Ann played basketball and was considered quite an athlete. While at Florida State, she was president of Florida Hall Dormitory and a member of Gamma Beta Phi Society. Later she worked for 16 years at Magnolia Manor as the social services director.

Ann met her late husband and former mayor of Preston, Jerry Kirksey, while water skiing at Goodwin Pond. They later married at Preston United Methodist Church on Sunday, June 26, 1966. She leaves behind a son and daughter-in-law, Tim and Nicole Kirksey of Plains; a daughter and her partner, Paige Kirksey Ellis and Amanda Balish of Preston; four grandchildren, Kaitlyn, and Miles Ulrey, Alex Kirksey, Micah Ellis, and Karen-Ann Kirksey; and one great-grandchild; Cotton Ulrey.

Christmas was Ann’s special time of year. Besides her unwavering generosity, much of which was unknown to many people, she spent multiple hours planning the local church Christmas program. What turned into almost the Kirksey Comedy Hour, she would often employ her children and grandchildren as the main act with such antics as “Pillowcase People,” an elf show, as well as devotionals and a comedic monologue from Ann herself. Her church meant everything to her and she spent countless hours volunteering as a Sunday School teacher and there were times when she was called upon to lead the services when the pastor was unavailable.

Ann spent many summers fishing with her husband and family on the Gulf of Mexico for Spanish mackerel. They enjoyed their summer vacations at their beach cottage at Mexico Beach and at their cabin in Frankiln, North Carolina. Her children recalled a story that illustrates Ann’s sense of humor. “Mom and Tim were in a UHaul moving items from the cabin in North Carolina. It was snowing and somehow they ended up backing up and almost sliding down the side of the mountain. Mom took the time to call Paige and just chat as they were sliding on the snow.” According to the family, Ann thought it was hilarious and couldn’t stop laughing at the comedy of errors. If you were ever lucky enough to hear her laugh, you would know she had a wicked sense of humor.

Known throughout the county for her delicious tea cakes that no one has ever been able to get the secret recipe for (until recently, now her granddaughter, Kaitlyn and daughter have it! And don’t ask them for it!) Not only will friends and family miss her tea cakes, holidays will never be the same without her tasty treats like her famous pound cake, egg custard & blueberry & chocolate pies. Her dining room table was always the center of love, laughter, and most importantly her family.

In her later years, her partner-in-crime, Hazel Kinnett spent many seasons traveling, shopping, and creating mischief across the southeast. Never mind the fact that Hazel was a Georgia Bull dawg fan and she was a Florida State Seminole, these two were inseparable.

And finally, Ann was really good at keeping her kids on their toes by having them compete as her favorite. To this very day, the title is still up for debate and heavily contested.

Graveside services will be held on Sunday, December 5, 2021 at 3:00 pm in Preston City Cemetery. The family will have a visitation an hour prior to service at Preston United Methodist Church with Pastor Lauri Hartley and Pastor RT Beverly officiating the service.

In addition to her parents, she was preceded in death by her husband, Jerry Wayne Kirksey. 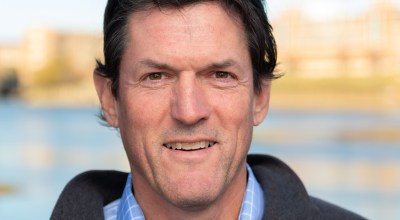 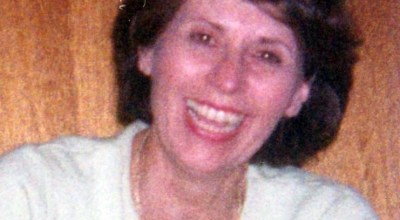