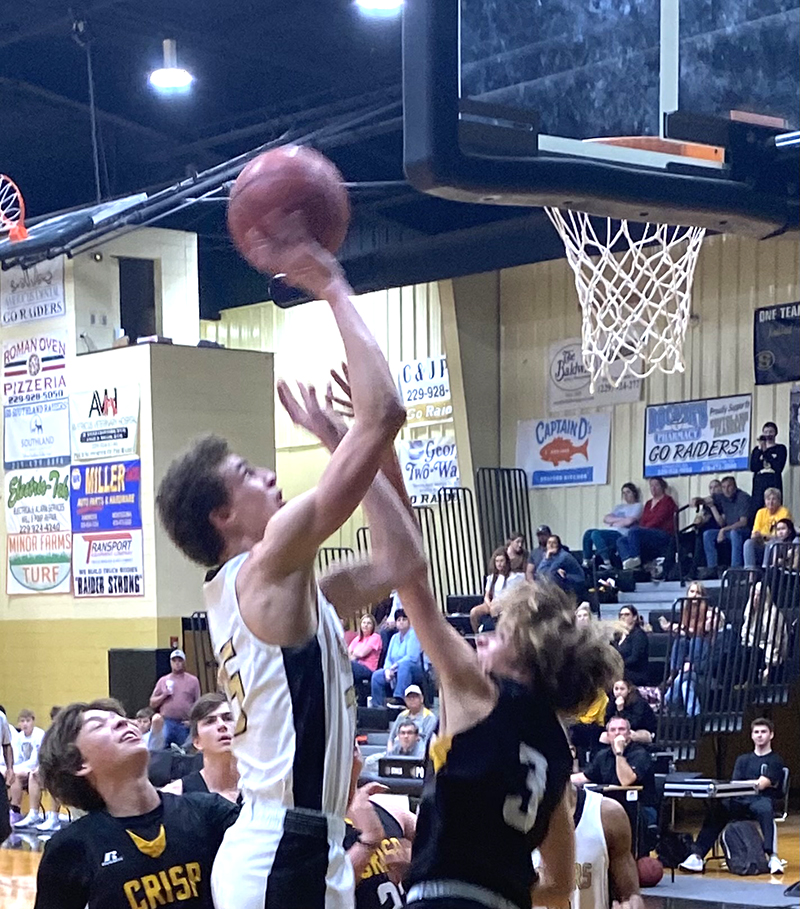 Southland Academy senior forward Buddy Brady (#15) goes up to score against Crisp Academy. Brady scored nine points in SAR’s win over the Wildcats and had 15 in the Raiders’ win over Stratford Academy two days before. Photo by Ken Gustafson

AMERICUS – From start to finish, the Southland Academy Varsity Boys Basketball Team (SAR) totally dominated the Wildcats of Crisp Academy (CA) and, as with the SAR girls’ team, it started with defense. The Raiders used their full-court pressure and their stout man-to-man defense in the half court to force CA into committing turnovers. SAR in turn converted those turnovers into points and went on to drub the Wildcats 63-15 on Monday, December 6, at the Melvin Kinslow Gymnasium on the Southland Academy campus.

With the win, the Raiders are now 4-0 on the season, while the Wildcats drop to 0-4.

“It has always been a situation where it starts and ends with defense,” SAR Head Coach Rundy Foster said. “I thought we did good defensively, especially in the second half. I thought like we played like we are supposed to. Everybody scored, which is good, and nobody scored over 10 points, which is a balanced night. I was pleased overall with the effort. We still have lots of improvement to do and we will continue to work towards that end.” 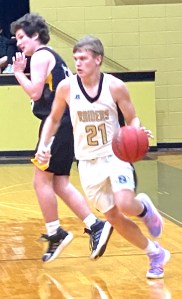 Southland Academy junior shooting guard John Henry Crisp (#21) pushes the ball up the court for the Raiders. Crisp scored eight points for the Raiders in the win over Crisp Academy.
Photo by Ken Gustafson

Luke Exley led the Raiders in scoring with 10 points and Buddy Brady scored nine in the winning cause. John Henry Crips scored eight points, both Cedric Smith and Carmelo Volley each had seven and both Hudson Collins and Carlos Tyson each chipped in six for SAR. Perry Usher had five points, Chase Ledger scored three on a three-pointer in the third quarter and Banks Simmons scored two to round out the Raiders’ scoring.

The Raiders came out on fire in the first quarter. They used their defensive pressure to force turnovers and went on a 14-0 run that was capped off by a three-pointer from Cedric Smith. The Wildcats went scoreless for the game until Daniel Stull hit a short jumper with a little more than two minutes left in the quarter. Then with a little less than two minutes to play, Perry Usher drilled a three-pointer to give SAR a 19-2 lead. By the end of the quarter, the Raiders were up 23-5. 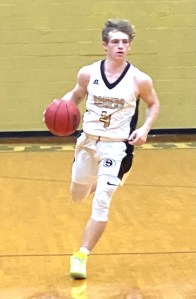 SAR’s onslaught of the Wildcats continued in the second quarter, as they went on an 8-0 run to take a 31-5 lead. They continued to use their man-to-man defense to limit CA’s scoring chances. Then with about four minutes to go before halftime, Carmelo Volley drilled a three-pointer to give SAR a 34-7 lead. For the remainder of the first half, the Raiders did not let up and would go into the locker room at halftime with a 40-13 lead.

Early in the second half, the Raiders simply picked up where they left off. They continued their strong defensive effort by forcing turnovers and scoring points at the other end. As a result, they were able to go on a 10-0 run to take a 50-13 lead over the Wildcats. SAR’s dominating performance continued for the remainder of the game and the Raiders went on to drub CA 63-15.

Daniel Stull led the Wildcats with seven points in the losing cause and Connor Harris chipped in four. 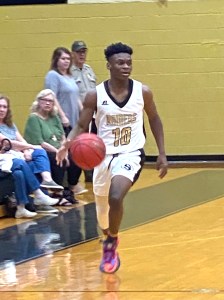 This win comes on the heels of a tough, hard-fought 57-52 victory by the Raiders over Stratford Academy at home on Saturday, December 4. In that game, Buddy Brady posted a double-double with 20 points and 22 rebounds.  John Henry Crisp had 15 points and Carlos Tyson chipped in 12 in the winning cause. 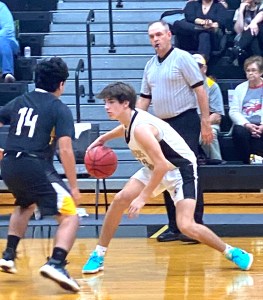 SAR will now turn its focus to Southwest Georgia Academy (SGA), whom they will face in Damascus, GA on Tuesday, December 7. Tip-off for that game is scheduled for 8 p.m.