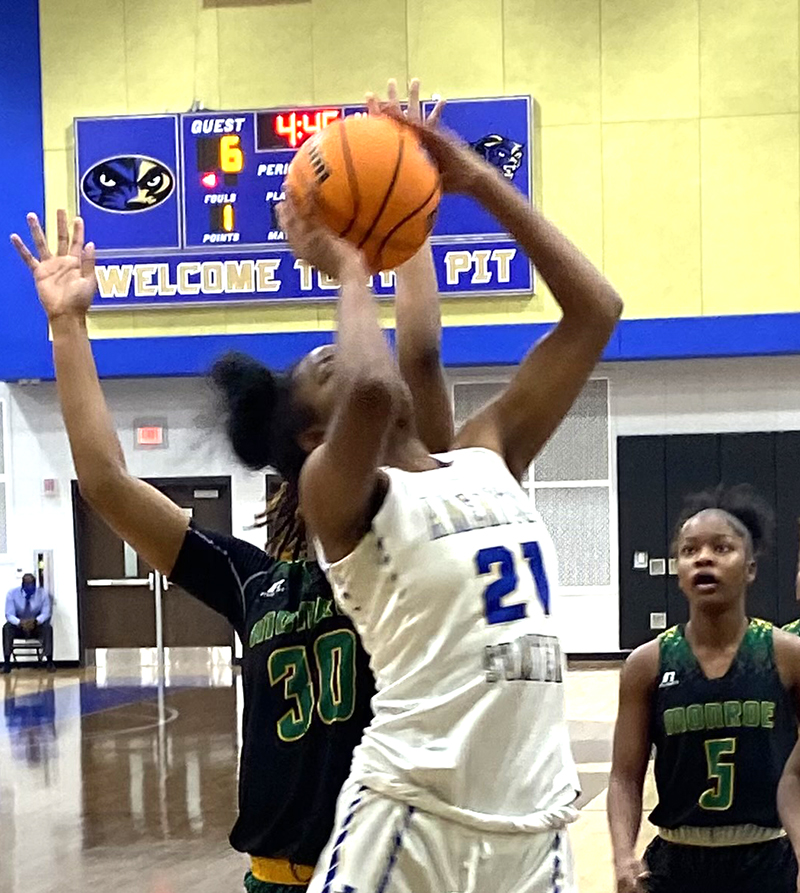 AMERICUS – The Sumter County Lady Panthers (SCHS) rebounded from their 62-42 loss at Tift County by outlasting the Monroe Golden Tornados (MHS) 44-36 on Friday, December 17, at the Pitt Gymnasium at the new Sumter County High School. With the win, the Lady Panthers improve their overall record to 5-4 and they are currently 3-0 in Region 2-AAA competition. Both teams were in the same region a few years ago and those feelings of rivalry were still evident in this contest.

“I feel like I was playing. It was a tough one, but anytime we play each other, it has always been a huge rivalry….us and Monroe from way back in 2015-2016 when we were in the region together,” SCHS Head Coach Sherri Harris said. “It was a good win. We’re still in the process of figuring out what is going on and closing out games and just putting a whole entire game together.” 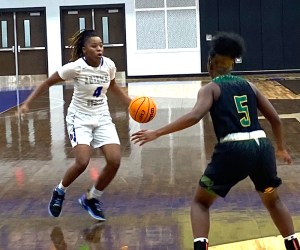 One of the key factors in the Lady Panthers’ victory was feeding 6’1 senior forward Trinity Jackson in the post, which is what they have been doing successfully so far this season. Jackson scored 16 points to lead SCHS.

“That’s the X Factor right there,” Harris said. “Usually most of the time, she’s that kid they don’t have an answer for and once we get her going, it usually makes everything else easy for everybody else out there.”

In addition to Jackson’s production, junior shooting guard Aviyonna Clemons poured in 10 points and senior point guard Tiffani Goodman chipped in eight in the winning cause.

SCHS got off to a slow start during the first three minutes of the game. The Lady Panthers struggled to make outside shots and they turned the ball over against the full-court press of the Golden Tornados. With a little over five minutes left in the first quarter, SCHS only trailed 4-0, but their struggles on the offensive end prompted Harris to call a timeout to get her team to regroup. 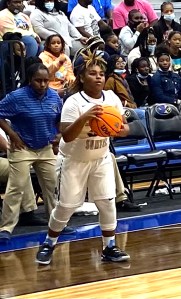 The Lady Panthers did not score until the 4:44 mark of the first quarter when Jackson was fouled in the act of shooting and made both free throws to cut the SCHS deficit to 6-2. This, however, seemed to get the Lady Panthers going, as Jackson would score the next seven SCHS points to bring the Lady Panthers to within one at 9-8.

SCHS started out slow again in the second quarter, while MHS took a 12-10 lead. However, Jackson scored to tie the game at 12-12 and it was the beginning of a 5-0 run by the Lady Panthers. Over the remaining minutes of the first half, both teams traded baskets, but SCHS had a 19-18 lead at the half.

Jackson led the Lady Panthers in first half scoring with nine points.

During the first three minutes of the third quarter, both teams were struggling to score, but MHS had a 23-21 lead before Jackson was fouled on a fast break and made one of two foul shots. Fortunately for the Lady Panthers, the Golden Tornados were also struggling on offense, as they were missing layups and easy shots on the inside. 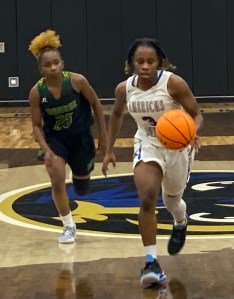 Sumter County senior point guard Tiffani Goodman pushes the ball up the court against Monroe. Goodman scored eight points in the win over the Golden Tornados.
Photo by Ken Gustafson

With 2:42 to go in the third quarter, Jackson gave the Lady Panthers a 24-23 lead when she got the ball in the post again and scored. During the waning minutes of the quarter, both teams traded baskets, but Goodman was able to give SCHS a 30-27 lead by making three of four foul shots in the closing seconds of the quarter.

Kyla Raven led MHS (3-4) in scoring with 11 points and Aaliyah Robinson chipped in 10 points in the losing cause.