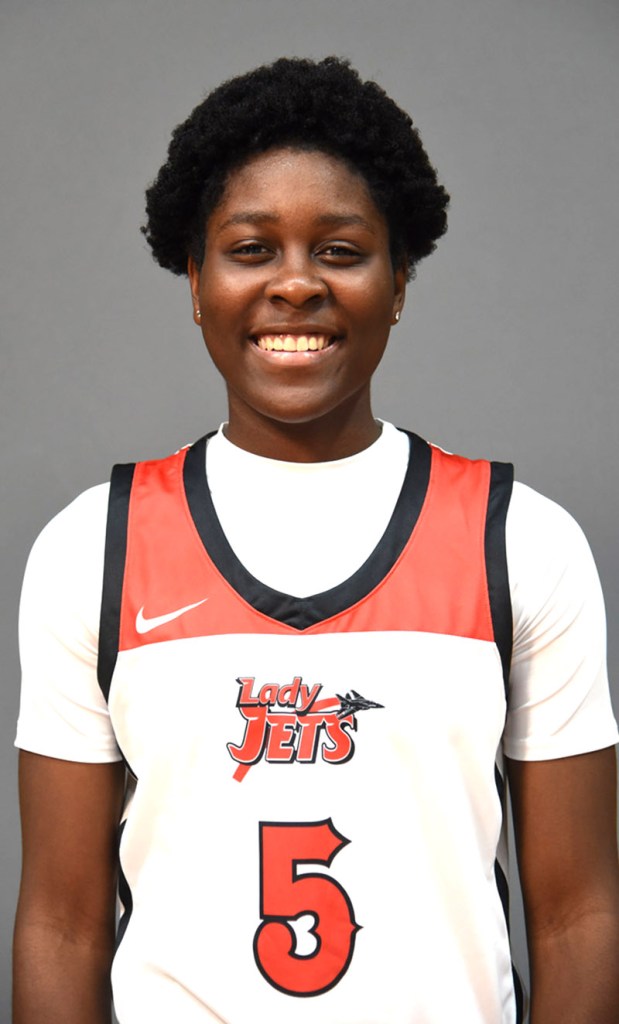 Dizeko and Gassama are the only two members of the Lady Jets team to receive this honor for the 2021 – 2022 season.  Jets sophomore guard Marvin McGhee, III, of Atlanta was chosen as the men’s GCAA Division I Player of the Week, November 15th, 2021.

Alexia Dizeko averaged 18.3 points per game in three wins the last week of December in the Lady Jets Holiday Classic Tournament.  She also had 11.6 rebounds, 5 assists, two blocks and two steals.  Her efforts helped the Lady Jets to move to 14 – 4 on the season and move up two notches in the National Junior College Athletic Association (NJCAA) Division 1 Top 25 National Poll.  They are currently ranked 14th in the nation.

Fanta Gassama, 6’ 1”, who doubles as a power forward and center for the Lady Jets, was selected as the Player of the Week for December 13th averaging 13.5 points, 17.5 rebounds, 3.5 assists, two blocks and three steals in two wins for the Lady Jets.

“I am very proud of Alexia Dizeko and Fanta Gassama,” said Lady Jets head coach James Frey.  “It is tough to come into this league as a freshman and make an impact but that is exactly what both of them are doing.  We started the year with nine freshmen and only three returners so we have an uphill battle but they are improving each week.”

In addition to being named the GCAA Player of the Week, Alexia Dizeko is currently listed as the 6th best scorer in the nation with a total of 291 points in 18 games.  She is also ranked 28th nationally in field goal percentage shooting, hitting 57.1 of her shots as well as 49th in points per game with an average of 16.2.  Dizeko is listed as 15th in the nation in total rebounds with 150.  Her teammate Fanta Gassama is listed in the NJCAA national rankings as well.  Gassama is currently the third best rebounder in the nation with 204 this season and listed as 8th in rebounds per game averaging 12.  She is ninth in defensive rebounds per game and 21st in offensive rebounds.  She averages 7.4 defensively and 4.6 offensively.

The Lady Jets travel to Macon on Wednesday, January 5th at 5:30 p.m. to face Central Georgia Tech in a conference match-up and then the Jets will open up the 2022 part of the season at home on Thursday, January 6th at 7 p.m. with a conference match-up against South Georgia State College.  Both teams will then travel to Griffin on January 8th for a double-header against Southern Crescent.  The Lady Jets open at 1 p.m. followed by the Jets at 3 p.m.