Raiders improve to 11-0 with thrashing of SGA 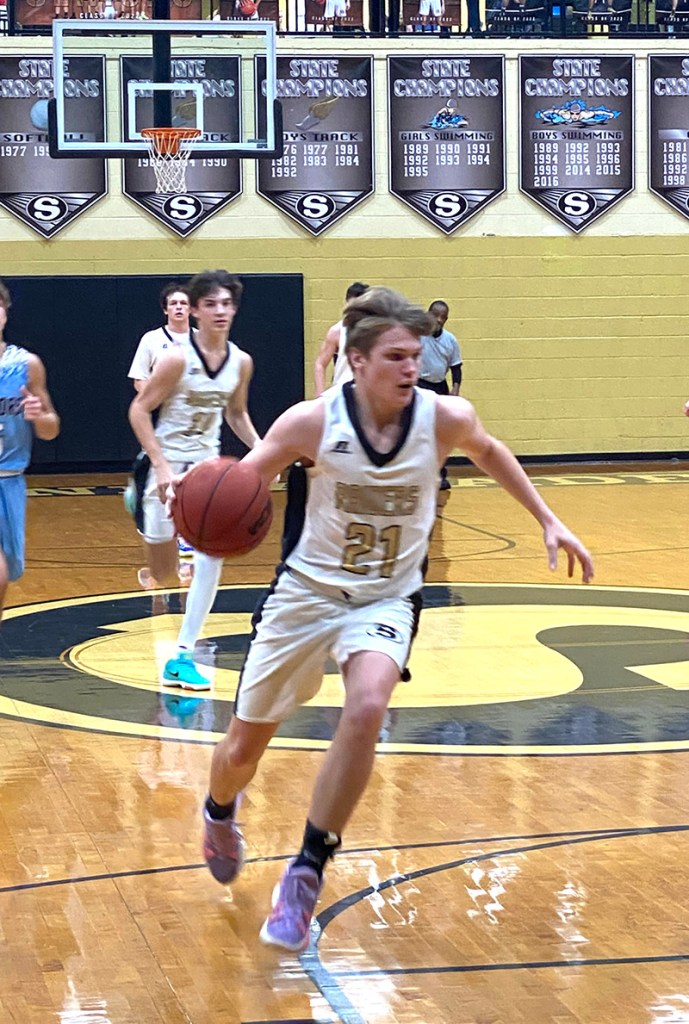 AMERICUS – The Southland Academy Varsity Boys Basketball Team (SAR) improved its unblemished record to 11-0 and began 2022 with a 70-19 thrashing of 1-10 Southwest Georgia Academy (SGA) on Tuesday, January 4 at the Melvin Kinslow Gymnasium.

From start to finish, the Raiders enforced their will on this game. They used their superior talent, tenacious defense and scoring ability to dominate the Warriors from the opening tip to the final buzzer.

“I thought we played really well defensively. They (SGA) got eight points pretty quick, quicker than I thought they would,” SAR Head Coach Rundy Foster said. “After that, we really put the clamps down and offensively, we had four in double figures, which means we’re being really balanced on the offensive end.  I thought it was a good team win.”

John Henry Crisp led the Raiders with 15 points and Carmelo Volley poured in 12. Both Carlos Tyson and Luke Exley each had 11 points and Perry Usher chipped in seven points in the winning cause. 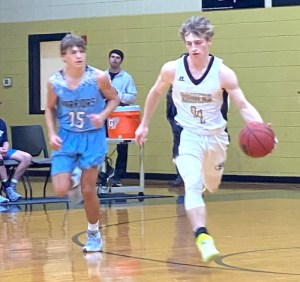 Southland Academy senior guard Hudson Collins pushes the ball up the court for SAR against Southwest Georgia Academy. Collins scored two points in the win over the Warriors.
Photo by Ken Gustafson

The Raiders jumped out to a 7-3 lead to start the game and it prompted SGA to call a timeout. However, that timeout didn’t stop the Raiders from continuing to dominate offensively. With just a few seconds left in the first quarter, Crisp gave SAR a 17-8 lead on a three-pointer from the top of the key.

For the remainder of the first half, SAR continued to maintain its intensity on the defensive end of the floor and limited the Warriors’ chances to score. The Raiders’ strong defense, coupled by their ability to score on the inside as well as from beyond the arc, enabled SAR to amass a 26-8 lead with 4:40 to go in the first half.

For the remainder of the half, SAR continued to be patient on offense and found easy scoring opportunities. The Raiders also continued to give maximum effort on the defensive end. Those two things would eventually lead SAR to a 36-12 lead at halftime.

Volley led the Raiders in first half scoring with eight points and both Perry Usher and John Henry Crisp each scored seven points in the first half. 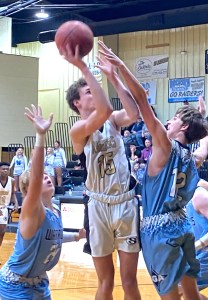 The Raiders quickly picked up where they left off in the third quarter as Volley got a steal and a fast break basket to begin the second half. For the remainder of the game, the Raiders continued to use their defensive pressure to force turnovers and they scored points off those turnovers. They also continued to use their half court defense to limit SGA’s scoring chances. By the 2:00 mark of the third quarter, SAR had a 48-12 lead, but even with the big lead, the Raiders continued to maintain their intensity on both ends of the floor. As a result, by the time the horn sounded to end the game, SAR had begun 2022 with a 70-19 thrashing of SGA.

Greyson Cox led the Warriors in scoring with seven points and Mac Broome chipped in six points in the losing cause. 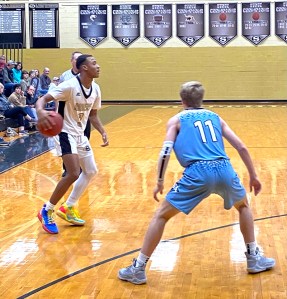 During the Christmas Break, the Raiders participated in the annual Border Wars Tournament at the Glenwood School in Phenix City, AL. In it’s first game of the tournament on Tuesday, December 28, SAR defeated Glenwood 44-25 and then edged out Tuscaloosa Academy 38-37 the following day.

At the moment, SAR is ranked #1 in the state in the Georgia Independent School Association (GISA) Class AAA rankings. The Raiders will try to maintain their top ranking and their unblemished record when they host Valwood on Friday, January 7 at 8 p.m.