At the December 21, 2021, Furlow Charter School Governing Board Meeting, all board members were present with the exception of Jeanie Smith.

After the meeting was called to order at 6:03 p.m., Board Treasurer David Luvin presented the Treasurer’s Report:

There was no public address.

Furlow’s CFO Stephanie Duff, GCSA’s Executive Vice President of Student Success Elisa Falco, and one parent were the only individuals in attendance at the meeting.

The committee asked for and received feedback from teachers regarding textbooks, and the feedback so far is that teachers desire workbooks for math.

Board Member Colton Mims will take over as the new chair of the Academics & Curriculum Committee starting in January 2022.

Mr. Luvin’s final motion was for the addition of a third custodian.  He stated, “The Admin Team feels like there is a need for a third person, although the current people could probably work a little more as well.”

When asked about the need for an additional custodian, Furlow CFO Stephanie Duff responded that the Furlow administrators, who were not present at the board meeting, could elaborate more on the need for the position.

Several board members had questions and concerns about the motion and why an additional custodian was being requested.

David Luvin responded that there were five to six custodians in the past, and “there is more work to do that is not getting done, but if people are sitting around part of the day maybe there isn’t a need for a fourth one or a fifth one or a sixth one…”

Board Chair Dr. John LeJeune expressed his concerns regarding the reasons for Dr. Anderson’s recommendation for another custodian, how the need for an additional custodian/s was measured, how the number of custodians needed was decided, and how the request was not submitted in writing.

The motion to hire an additional custodian passed 5-1 with Board Member Dr. Benjamin Meador voting against the motion.

The Facilities Task Force’s action item on the agenda sparked some heated discussions between board members.  The action item was “Pre-Approval on Amending the CARES II Budget to include temporary trailers under certain conditions.”

David Luvin stated the Facilities Task Force recommendation is “to amend the CARES II Budget to include temporary trailers if modular units are not doable in given time frame.”

Dr. Benjamin Meador expressed a concern, “Why do we need to pre-approve for trailers when we [Furlow Governing Board] haven’t decided on modulars.  Wouldn’t we decide on modulars and then at that point say it is too late for them, so we need trailers?  It seems like this is a couple of decisions ahead of where we are.”

Questions and comments continued regarding procurement methods for modular units.  After seeking guidance from the Georgia Department of Education, Furlow CFO Stephanie Duff stated the response was to seek legal guidance regarding approved procurement method/s.  The consensus among the board was to not used sealed bids, since they would have to move forward with the lowest/winning bid.

The recommendation from the Facilities Task Force was to move forward with modulars while also looking into a short-term lease for six temporary trailers.  The trailers would house classes, and students and teachers would utilize plumbing inside the school to avoid additional costs of plumbing these temporary trailers.

After it was stated by CFO Stephanie Duff “the general consensus in the Facilities Task Force was not something that needed further board approval, but it may…”

Dr. LeJeune added, “I have heard this said three or four times now in different contexts that the board approved the modulars is what I’ve heard, and I remember that discussion in July and I remember raising objections at the time, that we had no real idea what we were doing or what we wanted to do, and I was assured that just pass it…we have to pass it…there is deadline, we have to pass it, and we will do the research and have the research.”

Dr. LeJeune stated there were numerous excuses given to him about why there had been no movement regarding modular or portable trailers.  He stated his frustration with the Facilities Task Force.  The immediate task of the Facilities Task Force was to present a thorough needs assessment with analysis at the January 2022 meeting, so the board could start making decisions, and now a recommendation was being made to the board.

Board Member Allyson Drinnon stated Dr. Anderson told a representative from the state that 20 or 30 spaces were going to be needed next year.  David Luvin stated that number is now down to 18.

Allyson Drinnon expressed her concern that trailers do not seem like a good environment to work in, and David Luvin responded that they would just be temporary.

After some more comments and concerns about the makeup of the Facilities Task Force and the need for more information before making decisions regarding temporary or modular units, Mr. Luvin stated he would withdraw his motion.  The board unanimously tabled the motion.

After entering closed session for personnel, the board members returned 22 minutes later with the following action items:

The only announcement was thanking Qaijuan Willis for his service as a board member on the Furlow Governing Board.

After the meeting was adjourned at 7:13 p.m., GCSA’s Elisa Falco provided the Furlow Governing Board a closed Strategic Planning Training. 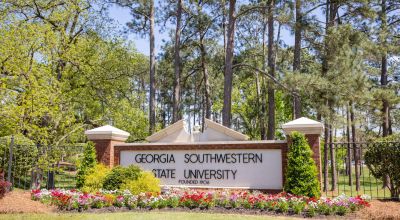 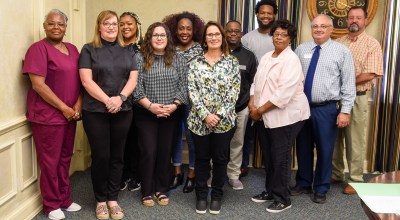 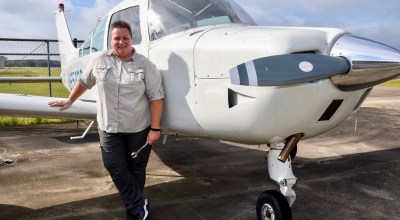