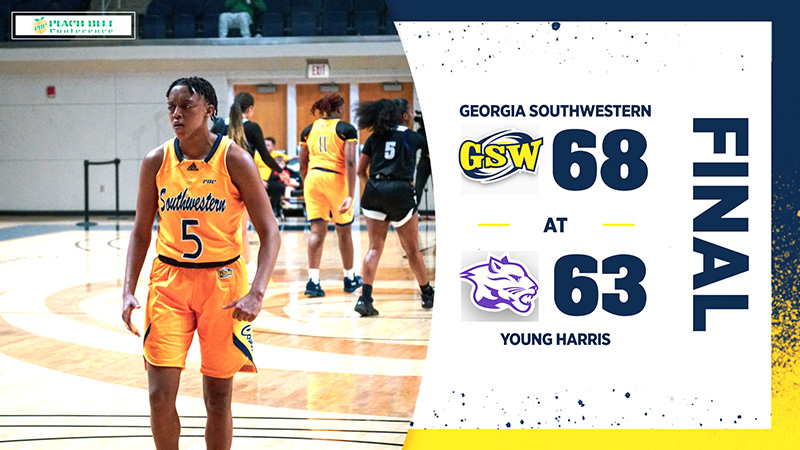 AMERICUS — The Georgia Southwestern State women’s basketball team (GSW) defeated Young Harris College 68-63 Monday night in the Storm Dome for its 14th win of the season. The 14 wins equal the program’s most successful season in its NCAA era.

The Lady Hurricanes struggled in the contest with YHC after Saturday night’s physical battle with #7 Lander. The game was uncharacteristically close throughout, despite GSW being ranked second in the country in scoring margin coming into the game.

In the first quarter, both teams’ defenses stood tall and only combined for 20 points between the two of them. The second quarter was the Lady Hurricanes’ best half of the game as they outscored the Mountain Lions by four and took a 30-23 lead at the half.

The battle continued in the second half, with YHC outscoring GSW by one each quarter. A stout defensive effort late secured the win for the Lady Hurricanes and put them back into second place in the Peach Belt standings after a forfeit by #7 Lander University.

Both Jolicia Williams and Alyssa Nieves led the Lady Hurricanes in scoring with 15 points each and Ava Jones poured in 14 in the winning cause.

The Lady Hurricanes head to Columbus State for a road conference matchup on Wednesday, January 26 at 5:30 p.m.