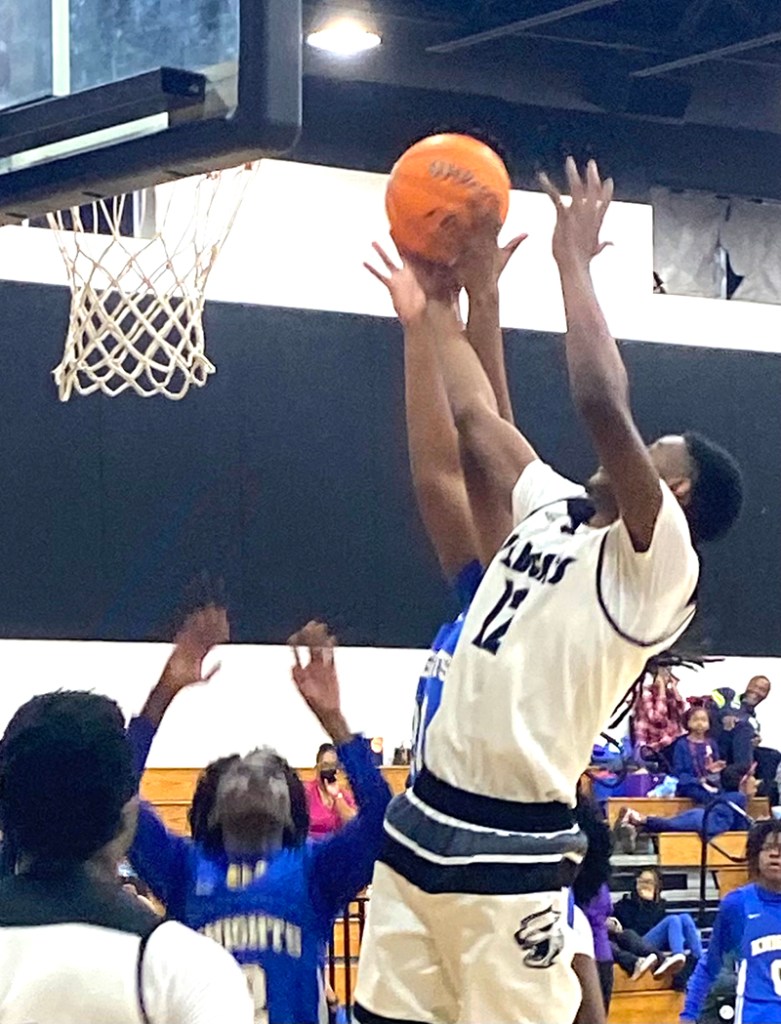 ELLAVILLE – With a little under six minutes to go in the Schley County Wildcats’ first round game against Stewart County (STCH) in the Region 5A-Public Tournament, SCHS had a 44-32 lead, but over the final minutes of the fourth quarter, the Royal Knights outscored the Wildcats 15-5 and very nearly had a chance to tie or even win the game in the closing seconds. However, with a little over 20 seconds left on the clock, SCHS freshman guard Zayden Walker was fouled and was able to knock down the free throw that made the difference in the outcome. The Royal Knights had one last chance to tie the game and send it into overtime, but T. Daniel’s three-point shot was no good and the Wildcats, who had a double digit lead at one point in the fourth quarter, escaped the first round with a 50-47 victory over STCH on Monday, February 14 at the Region 5A-Public Tournament at Schley County High School.

Part of the fourth quarter collapse of SCHS was due to not having senior point guard Trypp Lumpkin out on the floor, as he suffered a hip contusion earlier in the game.

“We just made too many mistakes down the stretch, especially with Trypp getting hurt” SCHS Head Coach Ernest Scott said. “That didn’t help. As you could see, leadership is very important and when you have three freshmen out on the floor, they’re going to make mistakes. I hope Trypp is going to be ready to go tomorrow.” 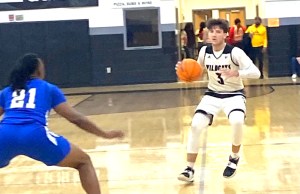 Both Tyrese Cook and Jordan Hudson led the Wildcats in scoring with 10 points and both Walker and Cameron Barnes each scored eight to help lead the Wildcats to victory.

The Wildcats got off to a hot start early in the game and jumped out to an 8-0 lead, but STCH responded with an 8-0 run of their own before Cook drilled a three-pointer to regain the lead for SCHS at 11-8. Over the final minute of the quarter, the Royal Knights struggled against the defense of the Wildcats and were committing turnovers. This allowed SCHS to go on another 5-0 run that was capped off by a basket at the buzzer from Clinton Jackson, making the score 16-8 in favor of SCHS.

Both teams traded baskets over the first three minutes of the second quarter, but the SCHS defense continued to be strong and disrupted the Royal Knights’ offense.

By the 4:38 mark of the second quarter, the Wildcats had a 23-13 lead thanks to two free throws from Jordan Hudson. 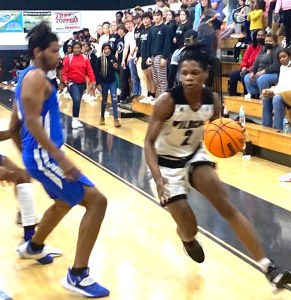 Hudson scored eight of his game total of 10 points in the first half to lead SCHS in first half scoring.

Over the first two minutes of the fourth quarter, both teams traded baskets before Scott called a timeout at the 6:07 mark with his team leading 39-30. Out of the timeout, Cook quickly drained a three-pointer to put the Wildcats up 42-30. Daniel responded with a basket for the Royal Knights, but Zayden Walker responded with two foul shots to put SCHS up 44-32.

However, the Royal Knights weren’t going away. They were able to force turnovers and scored four straight points before SCHS was able to score to go back up by 10. Over the next minute or so, both teams traded baskets and both teams kept up their defensive pressure, but with a little over two minutes left, the Royal Knights got to within nine at 49-40 on a steal and a breakaway slam dunk by T. Hodges. This prompted a timeout by Scott with 1:56 to go as this contest still had a long way to go.

Out of the timeout, the Wildcats had possession and Walker was fouled, but he missed both free throws, leaving the door opened for STCH. The Royal Knights took advantage by scoring three unanswered points to cut their deficit to 49-43 with 1:06 left. SCHS tried to run some clock on its next possession, but an errant pass into the backcourt resulted in a turnover. The Royal Knights then responded with a basket, a steal off their full court press and then another basket to cut the SCHS lead to 49-47.

Fortunately for the Wildcats, they were able to get the ball to Walker, who was fouled and made one of his foul shots. STCH still had a chance to tie the game, but Daniel’s three-point attempt with four seconds left was off the mark and the Wildcats escaped with a 50-47 victory.