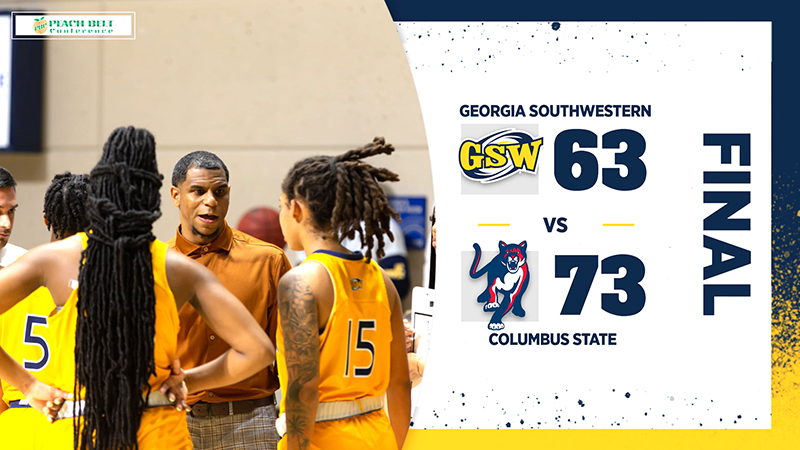 The GSW women’s basketball team lost to Columbus State in overtime by the score of 73-63 Wednesday night at the Storm Dome. Photo by GSW Athletics

AMERICUS – The Georgia Southwestern State women’s basketball team (GSW) lost its fourth game of the season against Columbus State University in overtime by the score of 73-63 on Wednesday night, February 16 at the Storm Dome.

The Lady Hurricanes had a tough night shooting and were outrebounded 51-35 leading to an overtime loss against the Cougars of Columbus State. Columbus State shot well from the free-throw line shooting 81.5% in the game. After an even game that went back and forth, the Lady Canes struggled in overtime being outscored by 10. The loss against the Cougars is the first loss for the Lady Canes since Jan. 22nd when they lost to then seventh-ranked Lander University.

The Lady Hurricanes will try to get back on track on the road against tenth-ranked Lander University.