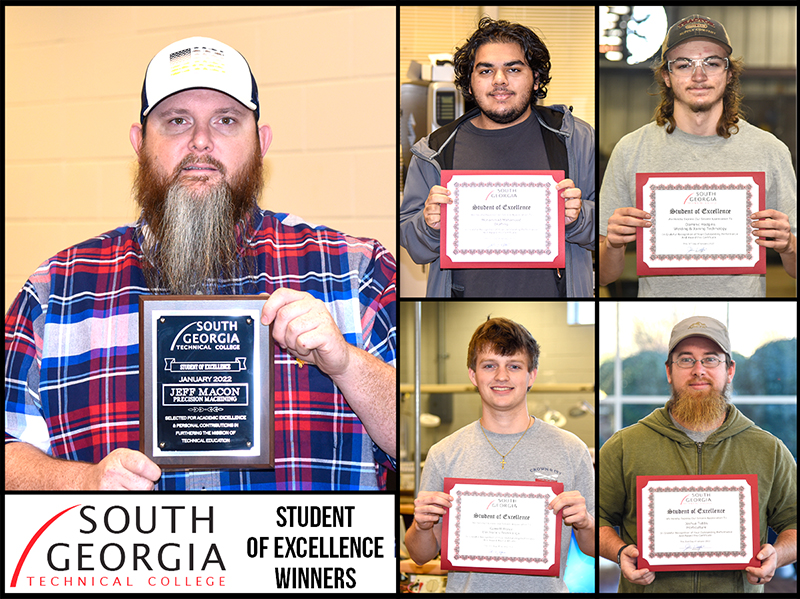 Asked why he chose to nominate Macon for the honor, Brown stated “Jeffrey is a hard worker, very dedicated. He works full time and is looking to gain skills and knowledge to advance his career.”

On accepting the award, Macon thanked his instructor. “Chad does an excellent job teaching. He’s very thorough and very professional. He really helps me understand what we’re learning.”

As the winner, Macon was awarded with a plaque of recognition, a personal letter of recommendation from SGTC President Dr. John Watford and a $50 check for his accomplishments. Additionally, his name will be displayed on SGTC’s digital marquee as well as inscribed on a plaque in Hicks Hall among previous Student of Excellence winners. Each nominee was awarded with a nomination certificate and an exclusive student of excellence t-shirt.