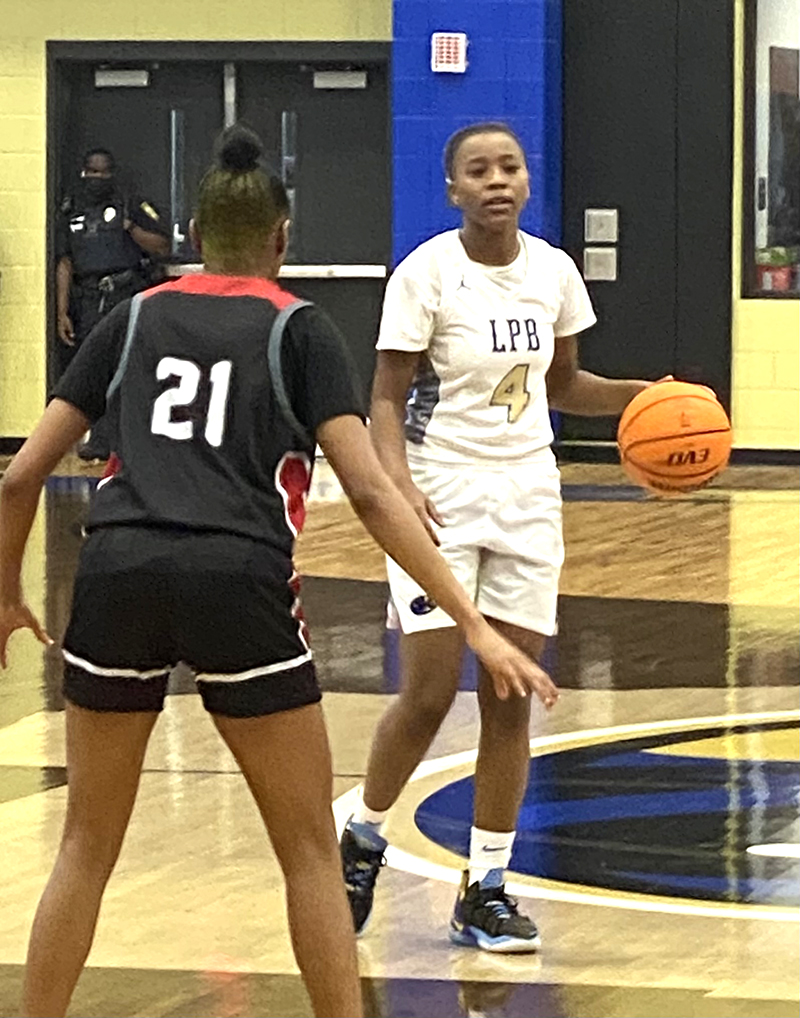 Sumter County junior guard Aviyonna Clemons led the Lady Panthers with 15 points in their 45-24 victory over Morgan County in the first round of the GHSA Class AAA State Tournament. Photo by Ken Gustafson

AMERICUS – The Sumter County Lady Panthers (SCHS) took their first step towards their goal of winning their second girls’ basketball state title in three years by defeating the Morgan County Bulldogs 45-24 in the first round of the Georgia High School Association (GHSA) Class AAA State Tournament on Wednesday evening, February 23 at Sumter County High School. This was a game that was close in the first half, but the Lady Panthers ratcheted up their defensive pressure in the third quarter and went on an 11-0 run, holding the Bulldogs scoreless in the third quarter and effectively sealing the game for the Lady Panthers, as they would go on to win in dominating fashion.

With the win, SCHS improves its overall record to 22-6 and will host Oconee County in the second round of the state tournament.

“We’re trying to control everything with our defense,” SCHS Head Coach Sherri Harris said. “We did a very good job of that overall. Number 2 (Shay Brown) and Number 14 (Jaden Young) are great shooters and we were trying to limit the threes and their attempts and I thought that we did a very good job of that once we got going.” As far as the slow start in the first quarter, Harris chalked it up to nervousness on the part of her squad, with it being the state tournament. “We were playing pretty good,” Harris said. “I thought we were making a lot of unforced errors…..maybe nervousness.” 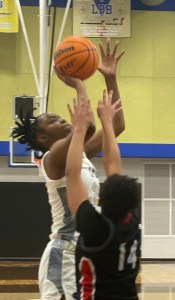 Aviyonna Clemons led the Lady Panthers in scoring with 15 points and Trinity Jackson poured in 14. Tiffani Goodman was also in double figures with 11 points.

During the first quarter, it was a low-scoring, but evenly played affair between both teams. The Lady Bulldogs had a 5-4 lead until Clemons drilled a three-pointer and Jackson followed that up with a basket to give the Lady Panthers a 9-5 lead by the end of the quarter. Both teams were patient on offense, but SCHS was able to force some turnovers by using its half-court trap. 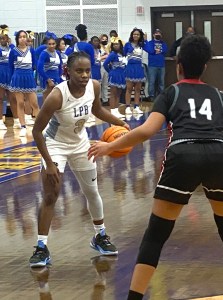 Sumter County senior point guard Tiffani Goodman scored 11 points in the Lady Panthers’ win over Morgan County in the first round of the state tournament.
Photo by Ken Gustafson

The Bulldogs kept it close early in the second quarter, as Shay Brown drilled two three-pointers to keep MCH within one at 12-11, but at that point, the Lady Panthers began using their full-court pressure, forced turnovers and turned them into baskets, resulting in a 7-2 run that was capped off with a layup by Clemons.

During the closing minutes of the first half, SCHS continued to be patient on offense, but struggled to score until Clemons scored on a fast break layup to give the Lady Panthers a 22-15 lead at halftime.

Clemons scored nine of her 15 points in the first half to lead SCHS in first half scoring.

During the first couple of minutes of the third quarter, both teams got off to a slow start offensively, with SCHS leading 23-15. However, that would not last long. The Lady Panthers began to push the tempo on offense and were able to score points off turnovers by stepping up their defensive pressure. This resulted in an 11-0 run by SCHS that was capped off by a floater from Goodman, giving the Lady Panthers a 34-15 lead and keeping the Bulldogs scoreless for the entire third quarter. That run pretty much sealed the game for the Lady Panthers, as they would dominate the contest the rest of the way. Even when SCHS didn’t apply full-court pressure, MCH still struggled to score, making it easier for the Lady Panthers to maintain and build on their lead. 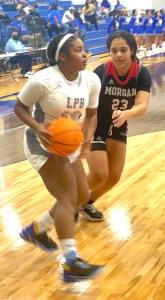 For the remainder of the game, the Lady Panthers were in control. They used their defense to stifle the Bulldogs’ offense and were able to add to their lead by getting the ball into Jackson down low for some points and by scoring baskets in transition. As a result, SCHS went on to win 45-24 to book their ticket into the second round.

Shay Brown led the Bulldogs in scoring with 17 points and MCH finishes its season at 13-14.

Up next for the Lady Panthers is a battle against the 20-7 Warriors of Oconee County at Sumter County High School in the second round of the GHSA Class AAA State Tournament. Date and time of the game are still to be determined.