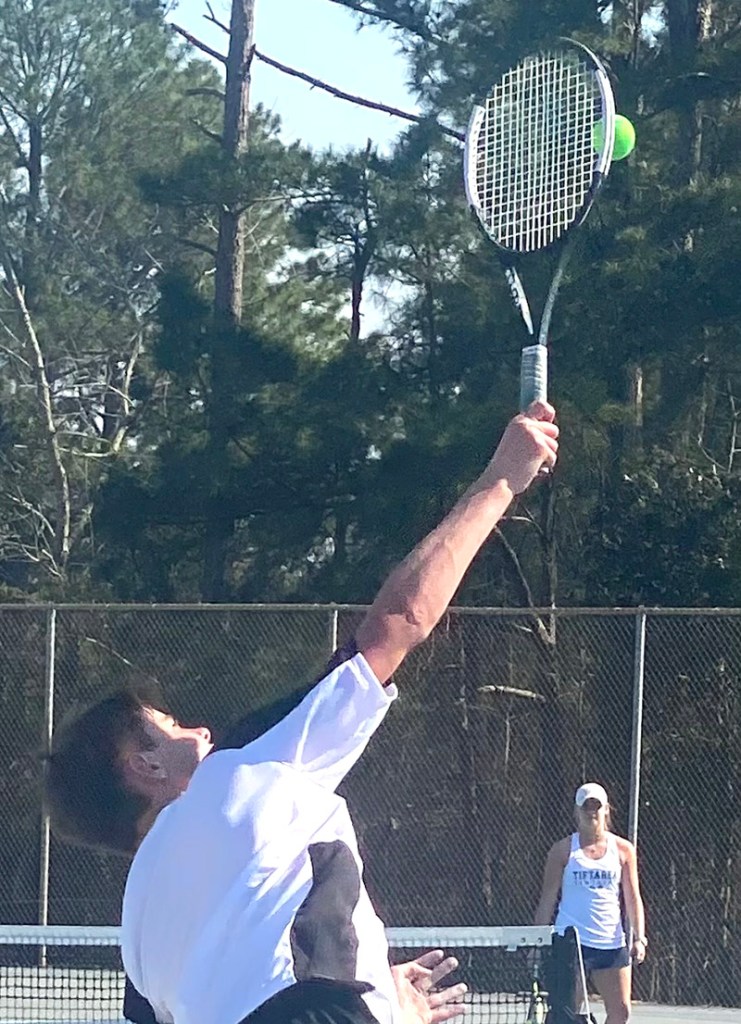 AMERICUS – The Southland Academy boys’ and girls’ tennis teams (SAR) earned a split with Tiftarea Academy (TA) on Friday, March 4 at the Southland Academy tennis complex. The Lady Raiders lost to the Lady Panthers 3-2, but the Raiders were able to defeat TA by the same score of 3-2.

However, Ila Johnson was able to earn a victory for SAR over TA’s Lauren Grace Godwin in straight sets 6-0, 6-3. 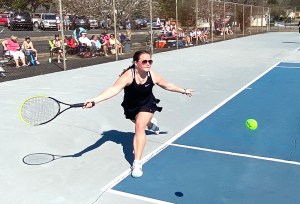 Unfortunately for the Lady Raiders, the SAR doubles team of T.J. Bowden and Madalyn Strickland fell to the TA duo of Jolee Paulk and Addison Jackson 0-6, 0-6. This ensured a victory for the Lady Panthers even though TA forfeited its second doubles match.

In boys’ action, SAR’s Bennett Minor fell in straight sets to TA’s Max Reed 0-6, 5-7, but the next two singles matches had to be forfeited by the Panthers. 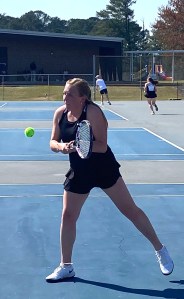 Southland Academy’s Abby Sellers returns a shot in her match against Caroline Barksdale of Tiftarea Academy.
Photo by Ken Gustafson

In doubles action, the SAR team of Cayce Joyner and John Henry Crisp took down the TA team of Tate Cohen and Jesse James 7-5, 6-2. In the other doubles match, the Raiders’ team of Samuel Smarr and Aditya Kashik fought hard against the TA team of Tucker Hall and Elijah Herman, but fell short by scores of 2-6, 6-4, 0-1. Nevertheless, the Raiders emerged victorious by the score of 3-2.