Panthers struggle with walks and errors in loss to Crisp County 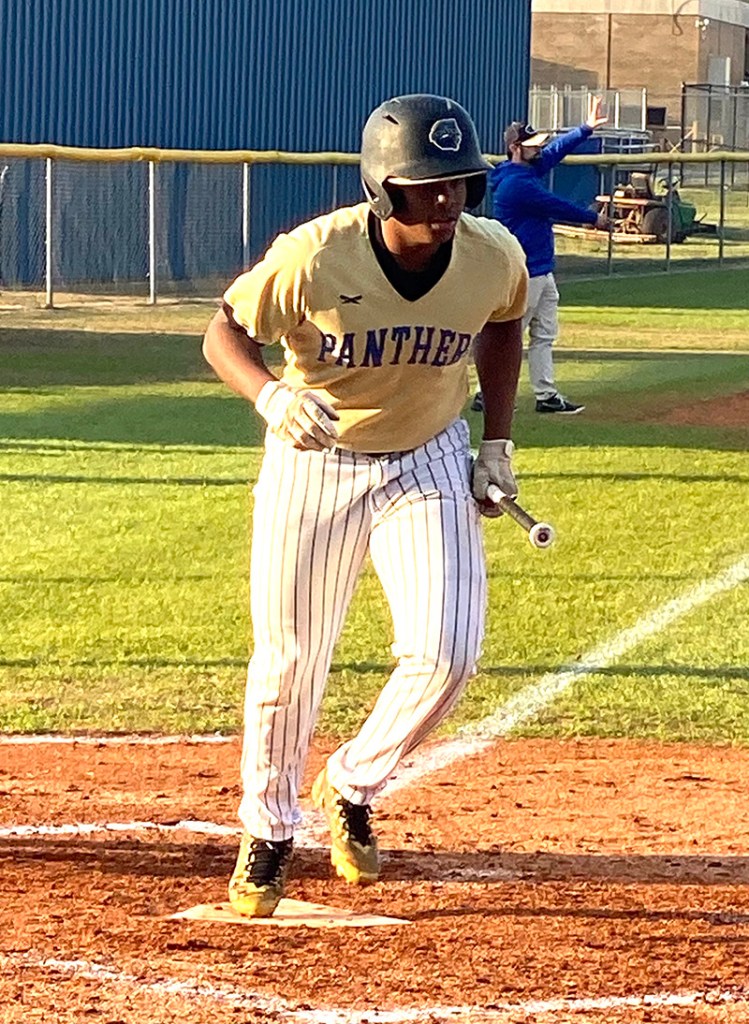 CORDELE – The Sumter County High School Baseball Team (SCHS) has shown some improvement so far in the early part of the 2022 season. The Panthers are 3-7 on the season and considering that they went the entire 2021 campaign without a victory, there has already been improvement in the win-loss record. However, the things that have plagued the Panthers this season, as well as in previous seasons: errors, lack of hitting, walks and wild pitches, reared their ugly heads again in a 19-4 loss to Crisp County on Monday, March 14 at Crisp County High School.

According to SCHS Head Coach Lee Wright, while he acknowledges that some progress is being made, it is not the type of progress that is needed for the club to become a consistent winner and he realizes that there is still quite a lot of work that needs to be done before that can happen and he knows that it will take time before it does happen.

“I’m not really concerned about the score. The scoreboard will take care of itself,” Wright said. “The most important thing is our behavior as a team, how we carry ourselves, how we practice and effort. I’m looking for more of that from my guys. We need a lot more effort in a lot of ways. We’ve got to go back to the drawing board because we’ve got to do this in the summer. We’ve got to do this in the fall and right now, we’ve got a lot of young guys in a lot of positions that they haven’t had a lot of time to work in, so they’re struggling. We do see progress, but it’s not the progress that we need to turn the tide and to get these guys where we need to go. We want to develop our players. We want to develop our young men and get them to a place where they can compete for a region title or to be in these games, but right now, we’ve got a long way to go.” Coach Wright went on to say that his players need to make the commitment and put in the same amount of work that it takes to become a good baseball player as they do in the other sports, such as football and basketball. He also emphasized that his players need to show daily consistency in putting in the practice that it takes to succeed, but most importantly, he emphasized that his guys need to play with effort and play the right way. “At the end of the day, I want our guys to respect the game,” Wright said. “I want them to play hard. I want them to hustle. I want them to go 110 percent, diving for a ball and running everything down. If a guy makes a mistake, pick the guy up. That’s what we are looking for and that’s what we are trying to teach our young men and it’s taking time. We’ve got a ways to go.” 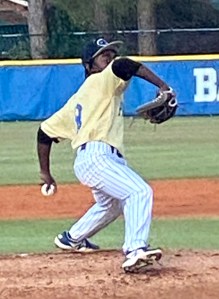 The big blow in this game came early in the bottom of the first inning when the Cougars scored 10 runs on nine hits and took advantage of a walk, a passed ball and a hit batsman. Four of the Cougars’ hits were for extra bases, as Ethan Pollock, Jack Carter and Dylan Davis each posted RBI doubles. Carter also had an RBI triple in the inning.

The Panthers were able to respond in the top of the second inning. They scored four runs by taking advantage of four walks and an error. Torrence Rush also came up with the Panthers’ only hit of the game when he drove in Trashaun Brown on an RBI single. 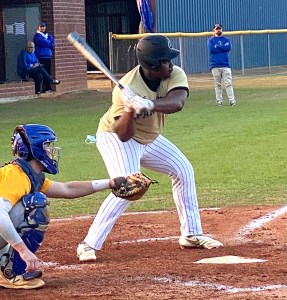 Sumter County’s Kason Hodges is at the plate for the Panthers. Hodges went 1 for 2 with two walks.
Photo by Ken Gustafson

However, the Cougars responded with three runs in the bottom of the second and six more runs in the bottom of the third to seal their 19-4 victory. In total, the Cougars scored 19 runs on 11 hits and committed one error, while the Panthers scored four runs on one hit and committed four errors. Rush went 1 for 2 with an RBI single for the Panthers’ only hit.

SCHS starting pitcher Koby Robinson had a difficult outing against the Cougars. Robinson gave up 10 runs on nine hits with one walk and one strikeout. Devon Dowdell came on in relief of Robinson, but also struggled. In one inning of work, he gave up nine runs on two hits and walked five batters.

The Panthers will try to rebound from this setback when they host Central (Macon) in another Region 2-AAA contest on Tuesday, March 15 at 5:55 p.m.