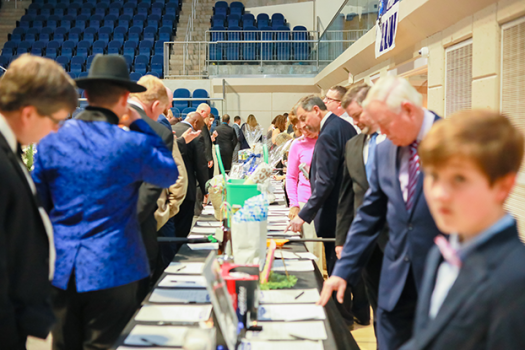 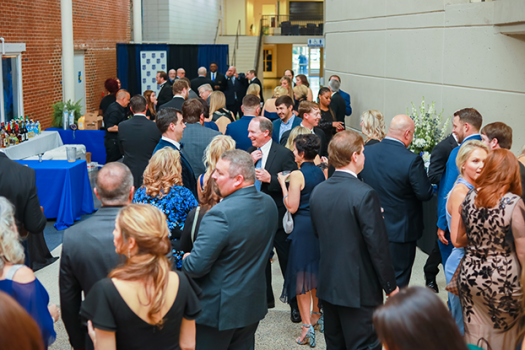 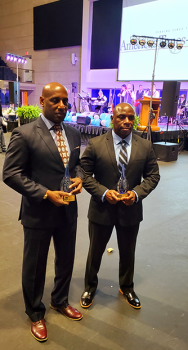 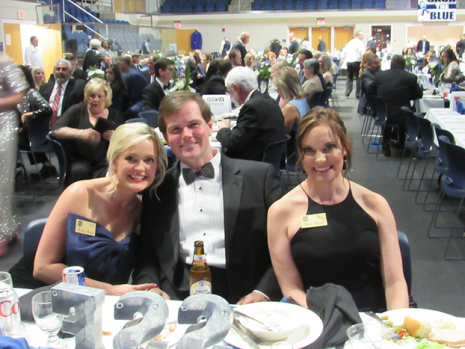 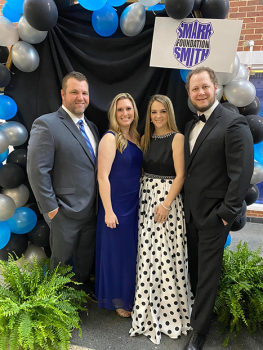 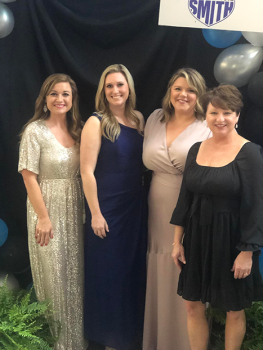 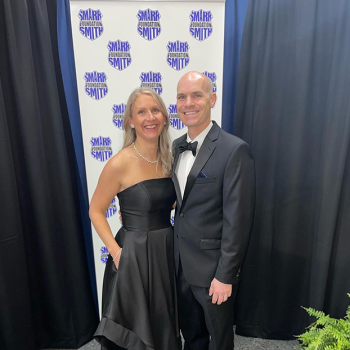 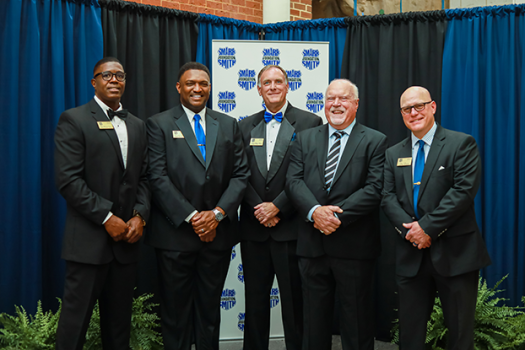 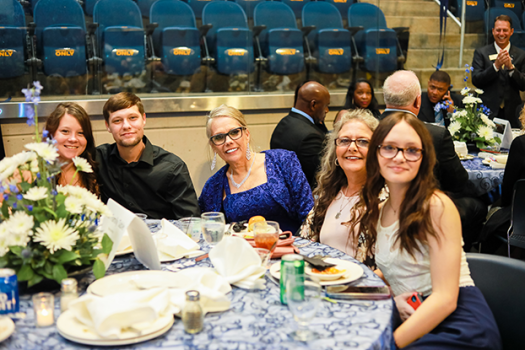 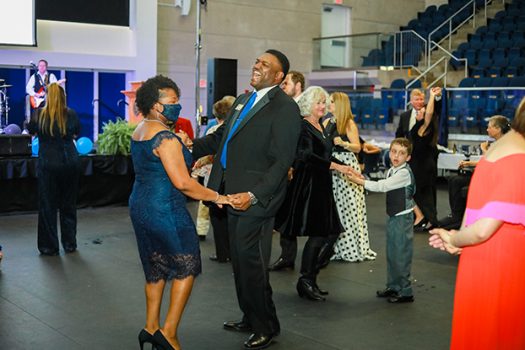 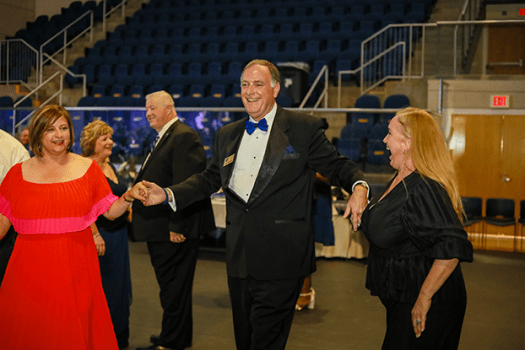 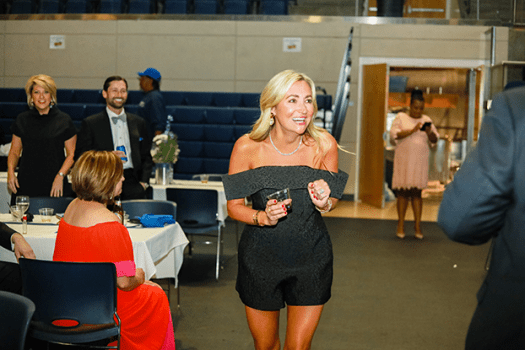 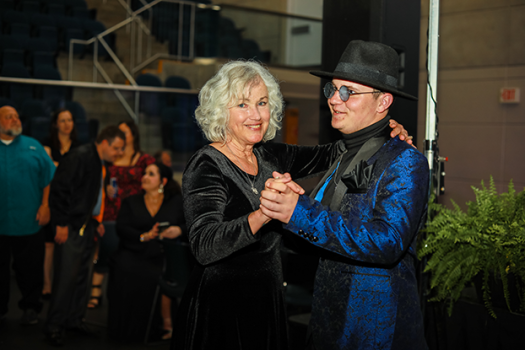 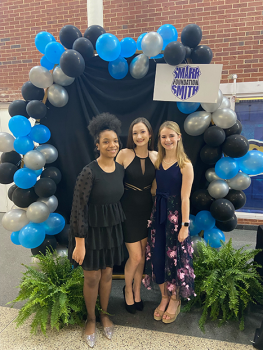 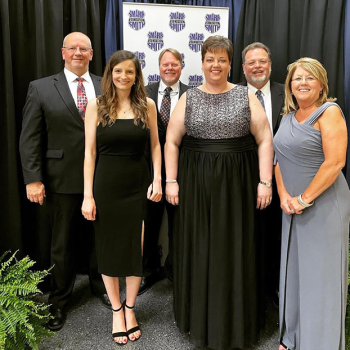 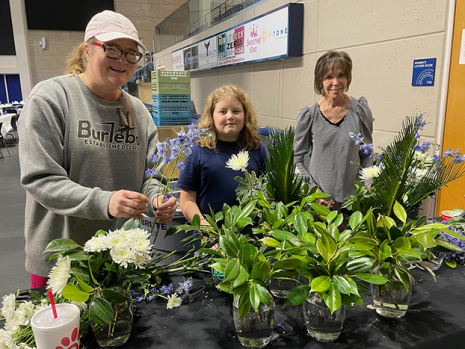 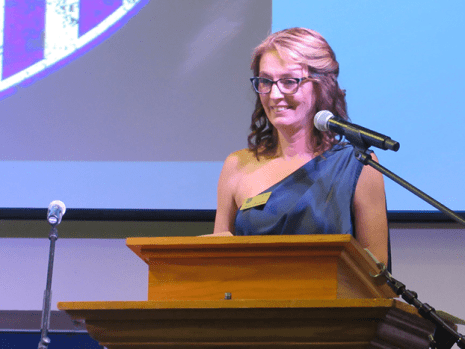 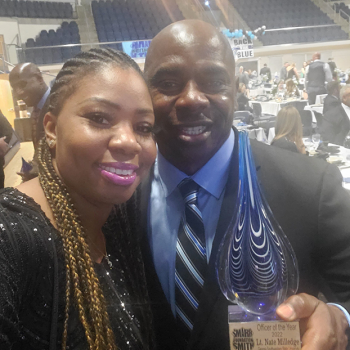 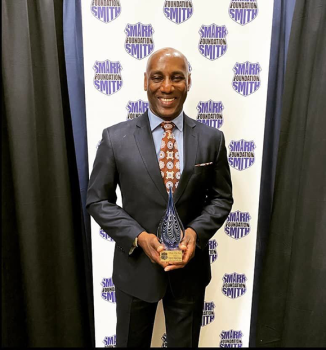 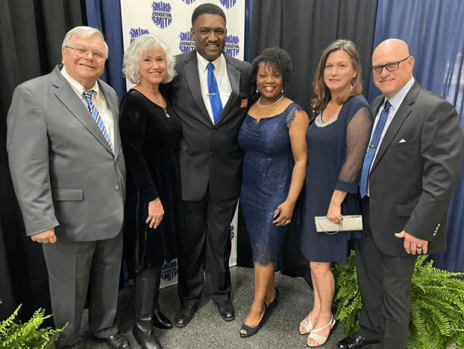 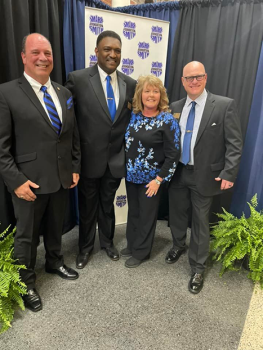 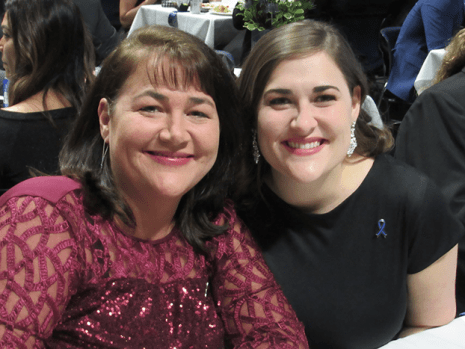 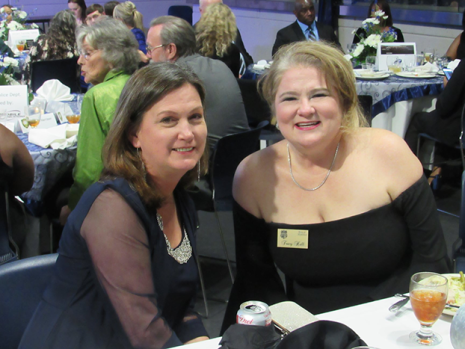 In Americus, on December 7, 2016, there was a guttural wail in horror. It was all we knew to do. Americus Police Department (APD) Officer Nick Smarr had been fatally shot and had died as he was breathing his last breaths into his best friend, Georgia Southwestern Officer Jody Smith. While we were learning what was going on, all of our law enforcement officers were responding. Even Jody’s mama, Deputy Sharron Johnson, was on the scene playing a role in addressing the ever-moving situation. She was aware an APD officer was injured, she was praying Nick was okay. She would learn there was a second officer involved. As she was setting up her response spot, she was texting Jody to ensure he was okay. Jody would never respond. Sharron was plucked from her duties and transported to Macon to be with her dying son. Meanwhile the soundtrack for the day was unfolding and for many this would haunt. There was the sound of rapidly moving law enforcement vehicles, there were screaming sirens, there was the constant hum of helicopters. Later, as Nick and Jody would be escorted home, those urgent sirens weren’t urgent any longer, they were wailing, almost as if heaven itself was crying out in a heart-rending lament.

Americus hit her knees, and in doing so we found strength. We poured out in the ways we knew how, branded by our astounding resiliency. As hundreds of visiting officers came in with their intents sharpened, we were just as determined to make sure our law enforcement officers (LEO) knew we were holding them tight. Their devastation of losing two brothers would manifest as a mighty motivation and a strength most of us will never know. We needed them to bring their best on perhaps their most crushing day. They would not disappoint us. We, in turn, played our part. We didn’t know what we could do, but we are not a people to be paralyzed in such a manner. So, we got to work looking for the part we could play. And we showed up in a million ways. We were put into motion and this effort was one that would stay in motion.

Our neighbors invested in every moment of that week in December. There was a determination born to let officers know they were not alone in their efforts. The determination would need legs. The Smarr Smith Foundation (SSF) would be those legs. The foundation knew Nick and Jody were phenomenal men. They knew LEO owned a quality which must be celebrated as something precious. In honoring Nick, Jody and LEO contributions to us, and knowing our community were proud to “back the blue” the foundation’s intent is to wring the good. For the past six years SSF has put forth an invitation for our community to consider. For the past six years our community proved over and again the virtues we hold dear. On March 19, 2022, a gala was held to celebrate those virtues.

Held at the Storm Dome, the gala stands as proof this community never fails to come through. It stands as testimony we will not stand to let the worst thing be the last thing. It stands as testimony we bring our best to any situation. Just as in December of 2016, folks brought what they could offer to make sure the gala would shine. There were florists and garden club members to outfit the Storm Dome in table arrangements, there were shop keepers and individuals who would offer their talents and wares for a silent auction, there were the lungs of folks we love who would blow up balloons at add to the festive atmosphere, there was a young generation who would show up to play host, there were those who researched and procured pictures of our honorees for the evening, there were men with muscles to tote and move, there was even a techy who not only made sure sound was good, he made sure there was music to dance to at the set up.

But perhaps the greatest contributors were those who bought tables and tickets to join in for the evening. They came in great numbers to yet again say December 7, 2016 mattered and to live fully into the fact our law enforcement officers are to be treasured. These folks packed out the Storm Dome and made all the other efforts worth it. There is always a certain apprehension when making such a large event happen. There is always the potential efforts might be in vain. But not for SSF. There is a certainty this community will come through. Because of who our community is, SSF stands on firm ground as they go about their work. The SSF stands on the shoulders of this village and those shoulders yet again proved to be strong.

In ticket and table sales alone, the gala raised about $58,000. The silent auction brought in about $20,000. Once expenses are paid, the SSF will split these funds equally to directly benefit the Americus Police Department, Sumter County Sheriff’s Office (SCSO) and GSW Public Safety. In addition to support for these departments, the SSF has a scholarship fund set up at South Georgia Technical College for law enforcement officers. 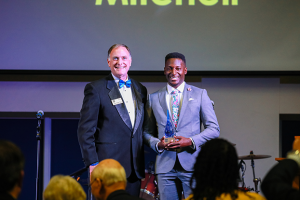 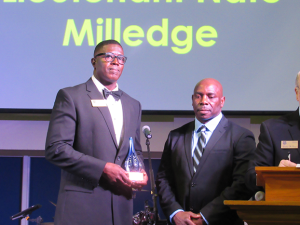 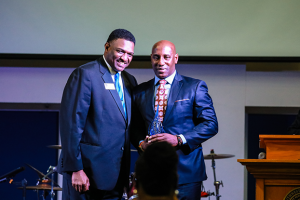 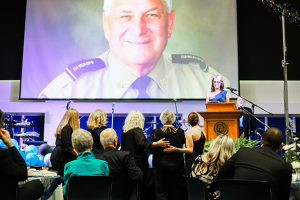 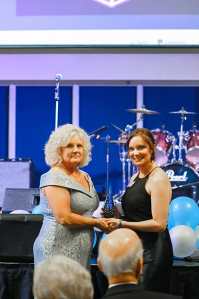 In keeping with honoring the virtues a law enforcement officer must possess in order to be effective at their job, an officer from each of these agencies is honored as the Officer of the Year. For this year, APD chose King Mitchell as their recipient, SCSO chose Ossie Evans and GSW honored Nate Milledge for the dedicated service each provide to our citizenry. In addition to these officers, SSF also acknowledged long time law enforcement supporters, Greg Kirk and Pete Smith.

To add even more excitement to the event, Rhett Simmons donated $500 towards new body cameras for the agencies. In doing so he challenged others to do the same. By the end of the evening, ten others met the challenge, and 11 new body cameras will be purchased. Those meeting the challenge were Amerigreen, Life Point Church, Miller Pools, Zachery Chandler, Greg Kirk family, Locke Farm Center-Shellman Office, Chief Vann Investments, Shrable Law Firm, Jan and George Williams, and Mayor Lee Kinnamon along with council woman Nicole Smith. The challenge is an ongoing one, and should you like to meet Rhett’s challenge, you may do so by contacting Jessi Simmons at 229.221.9399. Cameras add an extra protection for officers as well as citizens. They are much needed and very much appreciated.

You will no doubt see plenty of pictures from many a good-looking person enjoying themselves at the gala. You will likely see three fine officers receiving just a tad bit of the acknowledgment they deserve for their service. You will certainly see your neighbors coming together and enjoying each other’s company. What only a few get to see is how a person will seek out a way to donate. How shop owners are excited to offer the SSF a gift for the auction table, how officers gather to gossip and provide muscle as the event comes together, how talented ladies will craft gorgeous flowers and decorate the venue to add a little something extra, how a group who has been working together for six years laughs and laughs as they invest the best of themselves into this event, how youth will take note of what serving another looks like by making lunch runs and keeping water in vases, how your neighbors reach out to get a ticket and offer a hand, how space is made for magic to happen, yet nothing is left to chance, these are the things which make the event happen with joy. One of the most precious of gifts, you will not see. Seasoned law men such as Mike Lewis, Eric Bryant and Mark Scott will be overwhelmed by receiving tools only you can provide. There are things you will see which we are all proud of, but the sacred is often viewed by very few. Inside each heart is a silent cry for what we lost in 2016, there is a rally call to honor those who are never allowed to have a down day, there are friends who delight in the power of their community, there are mothers who are so relieved to see their sons matter still, there is determination to bring the best to table and there is a great hope. There is always a great hope our best will be enough. There is always the absolute assurance our God will let us see again what it means to feast at his table. There is always, always a seat reserved for you to join in. It is a celebration of excellence, and that excellence shines through each time you take your seat. The Smarr Smith Foundation brings the legs, but it is this community which provides the foundation on which they stand. For this, it is an exercise in futility to attempt to find words large enough to capture the joy and gratitude which is due our home.