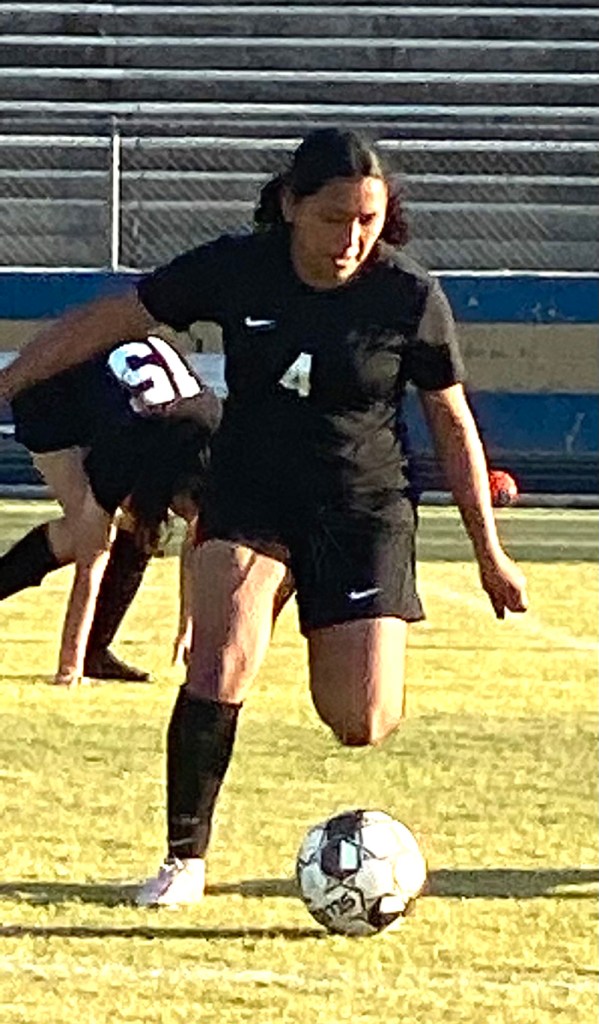 AMERICUS – The Sumter County High School girls’ soccer team (SCHS) suffered another difficult loss when the Lady Panthers fell to Worth County 9-3 on Friday, March 25 at Alton Shell Stadium. However, in spite of the loss, SCHS Head Coach Michael Pepito does see positive progress in the development of his team.

While there have been girls’ steams at Sumter County in the past, there were not enough players to field a squad last year, making this year’s team another “first year” squad.

“Since it’s our first year and we really didn’t have a feeder system, this result is a great improvement compared to our first game,” Pepito said. “We scrimmaged them (WC) in the beginning of the season. They beat us 10-1. Of course, I wasn’t the coach then, but the progression that they’re making is getting better. I saw better pressuring, better covering of the ball during the first, maybe, 20 to 30 minutes. We did well, competitively well. We scored first, which was a very good thing. We scored more than two, which is also a good thing. We had a game yesterday, so I know for a fact we were definitely struggling with fitness just because the girls were tired, so that’s to be expected, but coming out here and really, really trying hard, I thought that the program is moving forward.”

The Lady Panthers got on the board first when Victoria Aguirre found the back of the net four minutes into the match. Evelyn Chavez would later score in the 16th minute and Emely Jimenez scored the Lady Panthers’ third and final goal of the match in the 38th minute. 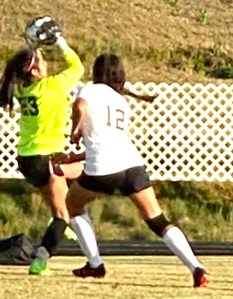 Sumter County junior goalkeeper Vanesa Aguirre makes a save against Worth County.
Photo by Ken Gustafson

However, SCHS struggled against the aggressive pressure of the Lady Rams and it resulted in nine goals for WC. Both Braylyn Griffin and McKenzie Bryan each had a hat trick (three goals each), while Ana Resendez, Karley Barnes and Destiny Jefferson each scored a goal to round out the Lady Rams’ scoring.

The Lady Panthers (2-6) will try to rebound from this setback when they travel down to Bainbridge on Wednesday, March 30 to take on the Lady Bearcats of Bainbridge High School. Kickoff is scheduled for 5 p.m.