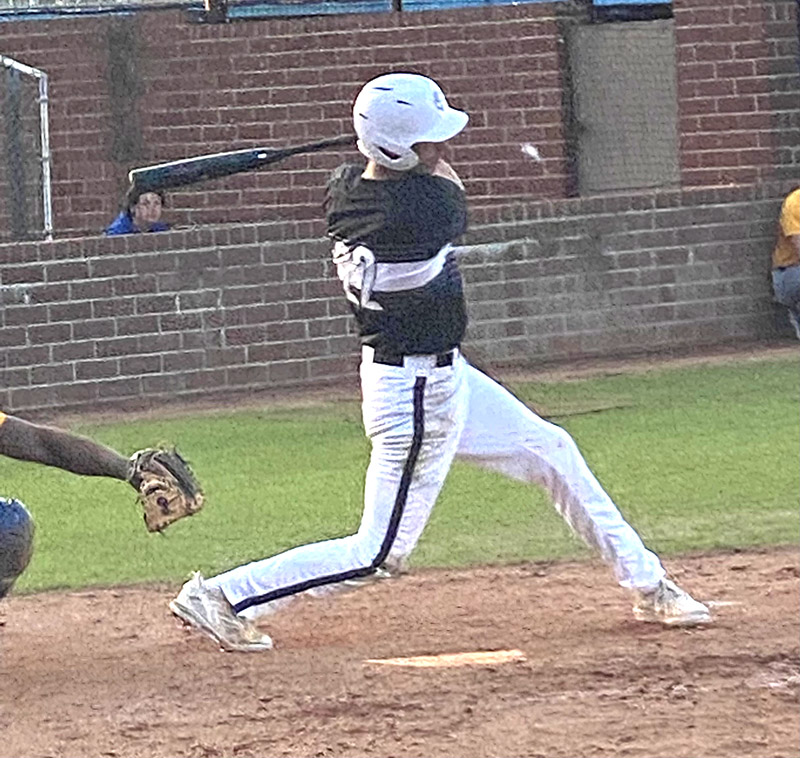 Schley County right fielder Cameron Barnes homered in the fourth and belted an RBI double in the fifth to help lead the Wildcats to a 15-4 victory over Crisp County. Photo by Ken Gustafson

CORDELE – The Schley County High School Baseball Team (SCHS) put the Crisp County Cougars (CC) through a “battery of tests” Thursday evening, March 31. The Wildcats scored 15 runs on six hits, including home runs by Cameron Barnes and Jack Clark, in their 15-4 shellacking of the Cougars at Crisp County High School.

“It felt like we had more hits than that. We hit the ball pretty well,” SCHS Head Coach Chuck Cheek said. “We’ve got some guys stepping up right now and that’s really good. We go to Taylor the other night and Wesley (Hughes) doubles off the fence and has a couple of hits. We give Cameron (Barnes) a shot tonight and he hits a double and hits one over for his first home run. I think you could probably hear the eruption from our dugout. Everybody’s really happy for him. The kid has worked really hard.” 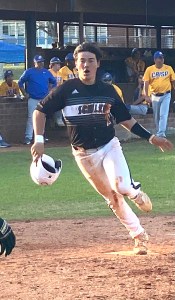 Cheek was also pleased with the performance of SCHS starting pitcher Ashton Raybon. Raybon pitched all five innings of the game and gave up four runs on five hits while walking four and striking out three.

“Ashton looked really good, especially early,” Cheek said. “We got ourselves a big lead and we kind of lost our focus a little bit. That’s easy to do, but we have to work on going ahead and putting people away.”

Coach Cheek was referring to the bottom of the fifth inning, when the Wildcats gave up two runs on two hits before SCHS catcher Brody Fuller tagged out CC’s Dylan Davis at home plate for the third and final out of the game. 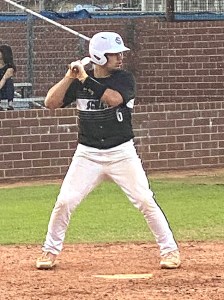 Schley County infielder Jack Clark belted a two-run home run in the top of the fifth inning to help lead the Wildcats to victory over Crisp County.
Photo by Ken Gustafson

Barnes led the Wildcats’ attack by going 2 for 2 at the plate with a home run, a double, three RBIs and two runs scored. Clark went 1 for 2 with a two-run homer, three RBIs and two runs scored and Owen Lamb went 1 for 2 with an RBI. Owen Shufflebarger and Nick White both got themselves into the hit column. Shufflebarger went 1 for 3 with two RBIs and a run scored and White was 1 for 1 with an RBI and scored a run. 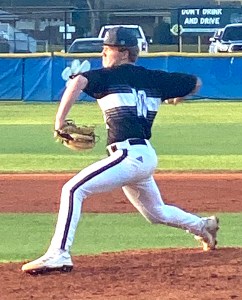 After two innings of play, it was still a ballgame with the Wildcats leading 1-0, but in the top of the third, SCHS scored nine runs on two hits and took advantage of seven walks issued by the Cougars’ pitching staff. SCHS also took advantage of two hit batsmen and an error in the inning.

Jack Carter led the Cougars’ offense by going 2 for 2 with a triple and a run scored. With the loss, CC drops to 7-10 on the season. 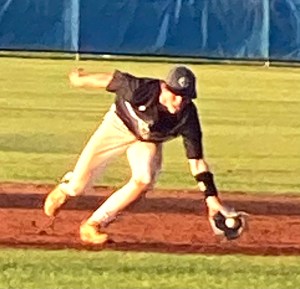 With the win, the Wildcats improve to 13-4 overall on the season and are on a three-game winning streak. They will face Fitzgerald at GSW on Monday, April 4 at 6 p.m.