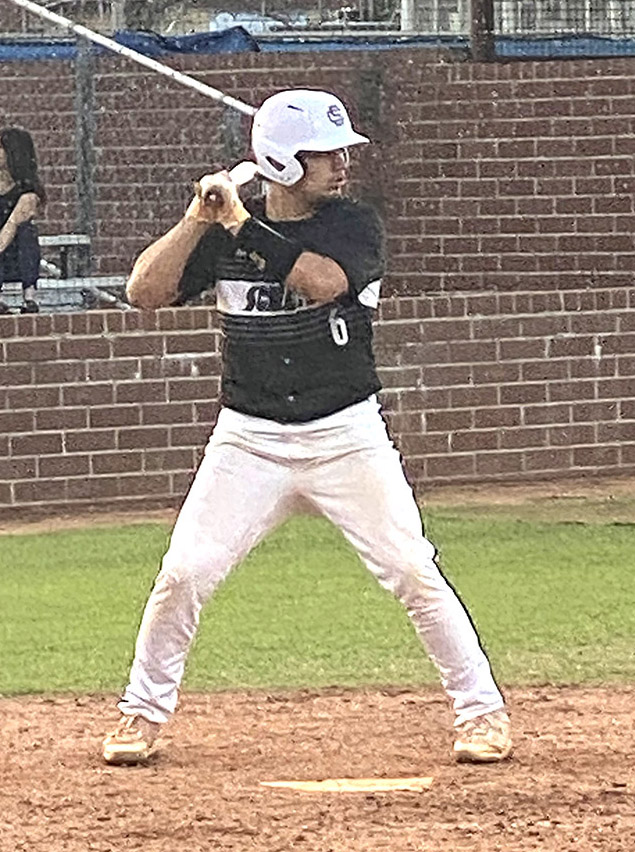 Schley County first baseman Jack Clark went 2 for 3 at the plate with a double, three RBIs and a run scored in the Wildcats’ 10-6 loss to Crawford County. ATR Archive

ROBERTA, GA – After losing 4-2 to Calvary Christian in a low-scoring affair this past Friday, the Schley County Wildcats made the 53-mile trip up to Roberta on Monday with hopes of getting back in the win column with a win over the Crawford County Eagles. However, CC jumped out to an early lead and while the Wildcats made an effort to come back, they were unable to do so and fell to the Eagles 10-6 at Crawford County High School.

With the loss, the Wildcats fall to 15-8 overall, but are still undefeated at 10-0 in Region 5A-Public competition.

The Wildcats fought back in the fourth on a solo home run by Tripp Lumpkin, but CC responded with two more runs in the bottom of the fourth on an RBI double by Brennan Hudson and a balk called against SCHS pitcher Brody Smith that allowed Hudson to score from third.

Down 7-3 in the fifth, the Wildcats fought back once again as Clark drove in another run on an RBI double and later scored on a passed ball to bring SCHS to within two at 7-5. Then in the top of the sixth, the Wildcats got to within one when Cameron Barnes scored on an error.

However, in the bottom of the sixth, the Eagles responded with three runs on a Brennan Hudson three-run homer.

The Wildcats made one last effort to score a come-from-behind victory in the top of the seventh. Owen Lamb and Trypp Lumpkin both drew walks to start the inning and Cameron Barnes was able to draw a one-out walk to load the bases. However, CC reliever Judd Puckett struck out Ridge Conner and Owen Shufflebarger to end the game.

Clark led the Wildcats’ offense by going 2 for 3 with a double, three RBIs and a run scored and Lumpkin went 1 for 3 with a home run.

The Wildcats used four pitchers in this game. Ridge James got the start on the mound and gave up three runs on four hits, walked one and struck out two in two innings of work.
Ashton Raybon came on in relief of James. In a little over an inning of work, Raybon gave up four runs on four hits and walked two batters.

Brody Smith came on in relief of Raybon. In 1.2 innings of work, Smith gave up three runs on two hits and struck out one.

The last pitcher to be used by the Wildcats was Ridge Conner. Conner pitched one scoreless inning with no hits and one strikeout.

Caleb Carr was the winning pitcher for CC. In five innings of work, Carr gave up five runs on five hits and struck out eight batters.

The Wildcats will step back into region play when they host Marion County on Tuesday, April 19 at 5:30 p.m.